An investigation is underway by Spencer County Sheriff’s Office Detective Chris King into a disturbing case involving kittens being frozen alive at Spencer County Animal Shelter. The inhumane procedure was reported by an ex-employee to the police.

Bridget Woodson, former employee, was one of several that came forward to expose the animal cruelty at the shelter. Woodson told local media about the heartbreaking and cruel things she witnessed during her three and a half months of employment. 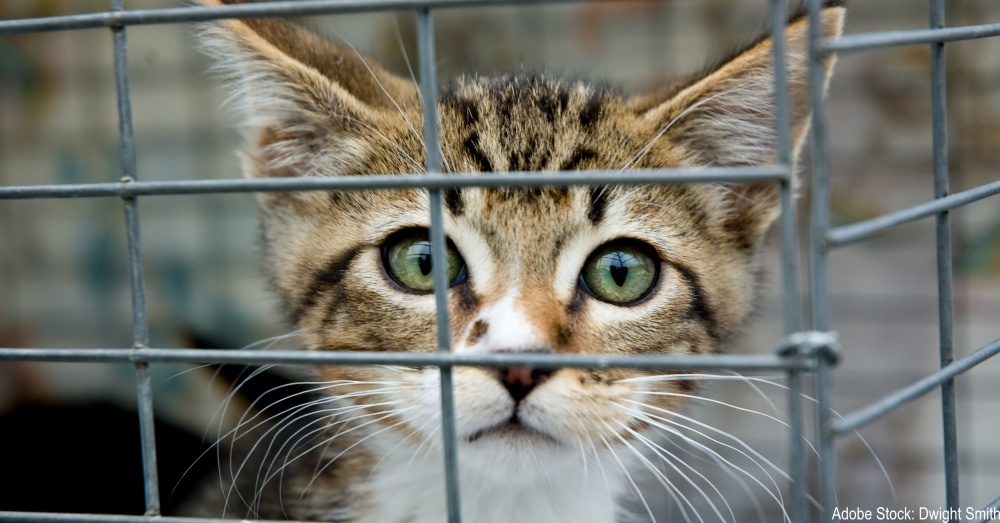 Woodson was asked by her director and Spencer County Animal Control Officer Christina Payne two different times to kill kittens by freezing them alive. The most recent time was on July 31. “The first time I was given an option to either just put it in a bag and put it in the freezer with no sedation, nothing — because I’m not a vet, I don’t have the license to be able to do that,” Woodson reported to TriState News. Detective discovered that in one instance four kittens were frozen alive at the same time.

After refusing to freeze the kitten, she was asked again after a stray cat was brought in with injuries. Payne instructed Woodson to put the alive cat in a plastic trash bag and place it the freezer to “end its suffering.” Even though Payne new the cat was still alive, breathing, and mobile. 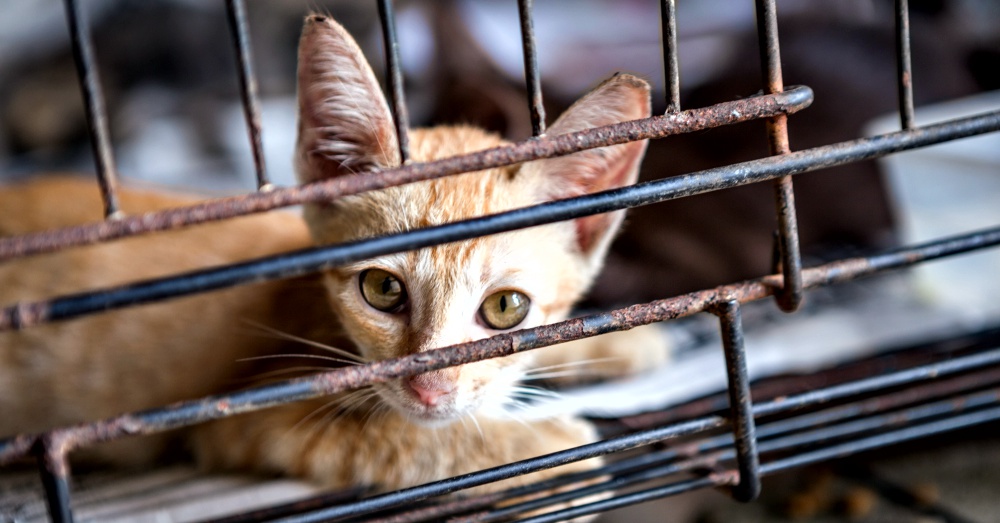 “The second time I was not given the option, and I was just told to go ahead and put it in the freezer. I mean, this cat was still up and moving and I had told her, and I still got the same response,” said Woodson. “I refused both times, and the second time I took it upon myself to call the vet myself, to get the kitten there and I told her if money is the problem, you can go ahead and bill me.”

Woodson posted on Facebook, “Yes, shelter employees have been asked to put injured / sick cats that were still alive in the freezer to die by Christina Payne (Spencer County Animal Control Officer) and Joy Zook (board member) admitted during a board meeting I attended last week that she had done it once before too when she was running the shelter.” 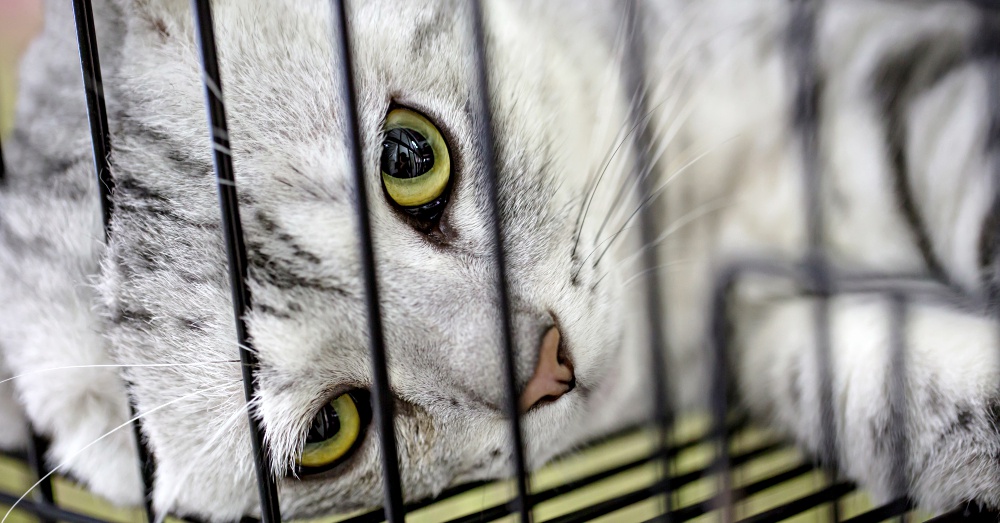 Before resigning, Woodson went to the board to tell them about the cruelty, but nothing was done. Woodson is sharing her text messages with Payne regarding the cruelty in hopes that animals will be saved. “If this is deemed as acceptable and no one is held accountable, what else will start to slip through the cracks.”

“Hey. I took the cat to the vet and had it put down,” Woodson wrote in a text to Payne.

“I will not be putting live animals in the freezer if there’s another option available, please don’t ask me to do that again.”

Payne responded by saying, “That’s fine but so you know, the freezer option is no less humane. It’s fine though Bridge. I’m here for my employees. Always.” 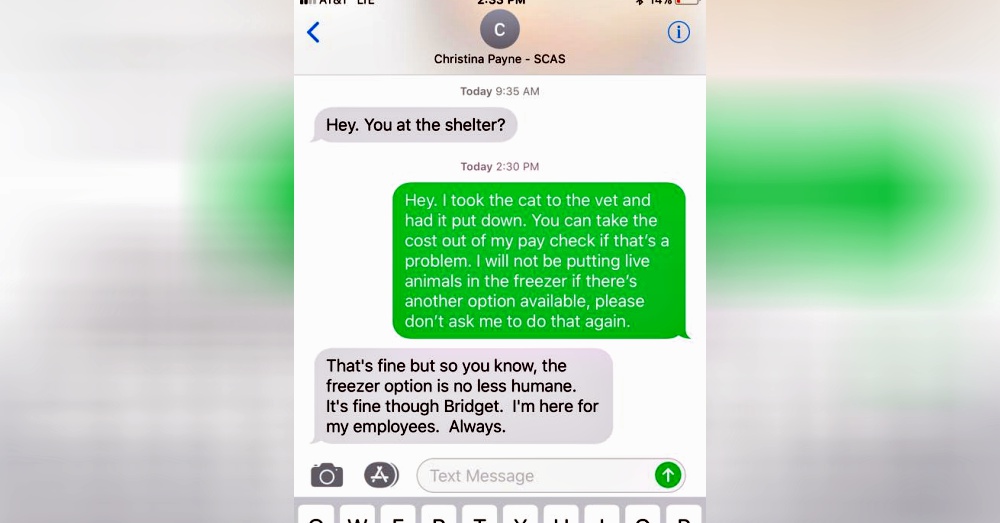 The American Veterinary Medical Association states hypothermia, “freezing of unanesthetized animals”, is unacceptable and an inhumane method of euthanasia. The investigation is still ongoing and it is unclear how many animals were euthanized in this manner. Payne has refused to comment when contacted by local media.