When Nikki Martinez heard that three one-day-old kittens had been found freezing to death in an AM/PM parking lot, she and her husband instantly came to pick them up. The tiny kittens were so cold that Nikki and her husband held them up to the heater vents in their car, trying desperately to warm them.

There was no mother cat in sight, so Nikki took the kittens home to foster. She didn’t know if they would survive, but she was determined to at least give them a chance. She called them the carb kittens: Bagel, Pancake, and Spud.

The little girl Pancake and boy Spud looked like they would make it, but Bagel was having a hard time. But Nikki wasn’t scared until Bagel stopped eating. Her weight dropped drastically and Nikki had to start tube-feeding. While she fed Bagel through the tube in the middle of the night, Nikki promised herself that if the kitten made it, she would throw a huge party. 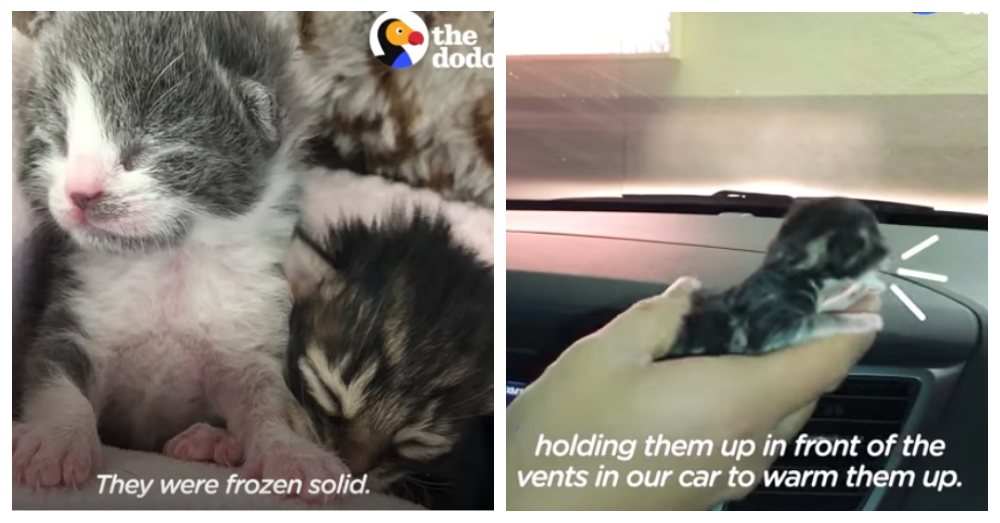 Eventually, Bagel started taking milk from a bottle. Nikki was overjoyed. “She makes quite a mess, but I don’t care as long as she’s eating,” Nikki said.

As the kittens grew, Nikki celebrated every milestone: when they opened their eyes, when they gained weight, and even when they started grooming themselves. They were milestones the kittens might not have reached, so they were worth celebrating. As the kittens grew, they got stronger and their personalities began to shine through. But Nikki’s biggest challenge was yet to come. 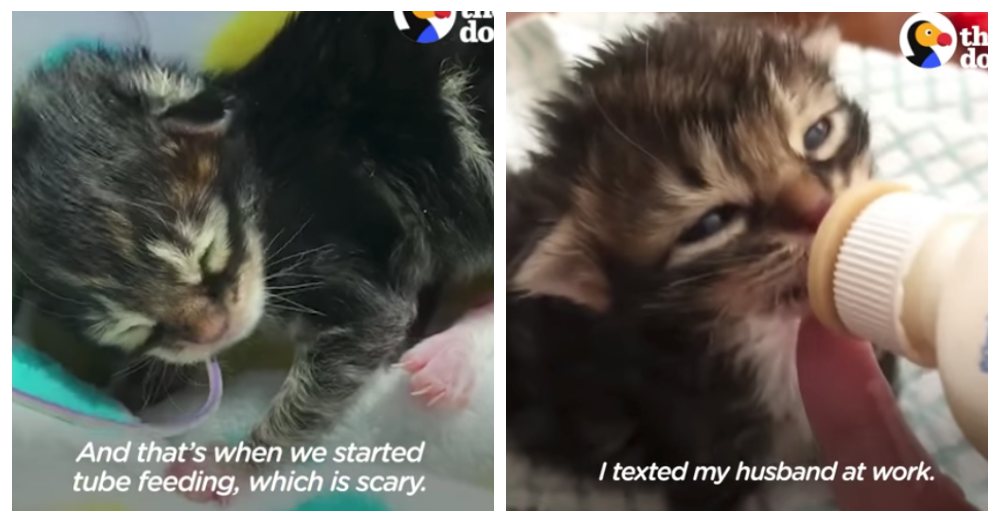 When the kittens were old enough, it was time for them to go to loving forever homes. “My heart may break just a little bit,” Nikki said, “so that theirs will never have to break again.” As much as she grew to love the kittens—especially Bagel—she knew that if she didn’t let them go she wouldn’t be able to foster other kitties who would need her. 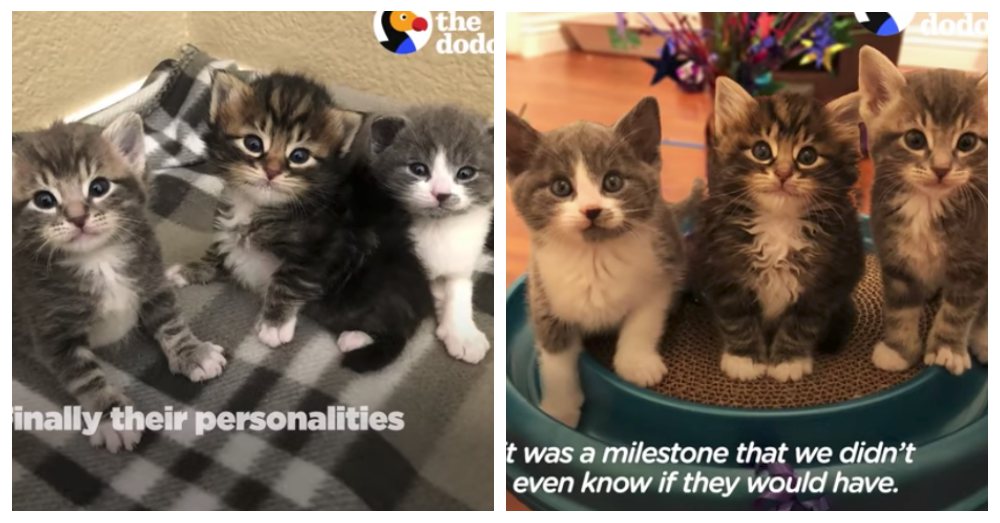 Nikki is so proud of the progress the carb kittens made and is happy that they’re in loving homes now. It’s only a matter of time before she opens her home to other animals in need. Thank you, Nikki!