A Detroit resident heard meows coming from around their house and then called up Michigan Humane Society for help. Rescue workers arrived at the scene and discovered that the meows were coming from a drain pipe under the deck of the house.

Since the pipe was so long and narrow, rescuers had to think of a clever plan to get them out. Then they thought of the idea to fish for the kittens, literally. They connected multiple leashes together and attached wet food to the end of it. Then they lowered the long make-shift fishing line into the pipe. 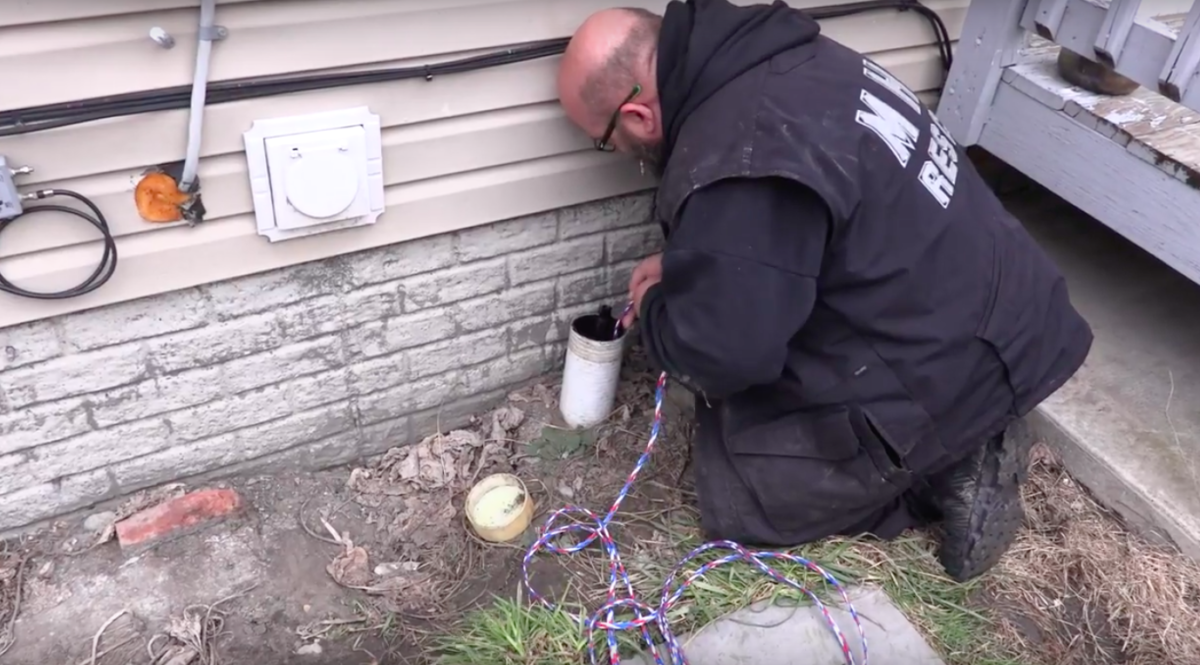 They kept trying, hoping the kitten would grab on to the line, but he never did. But rescuers didn’t give up. They kept it dangling until finally the kitten grabbed on.

They pulled him up the pipe, and just managed to get him out before he almost slipped back down. He was wet, freezing and extremely filthy. They brought him to the rescue vehicle, and then heard more cries coming from the pipe. A second kitten and third kitten! 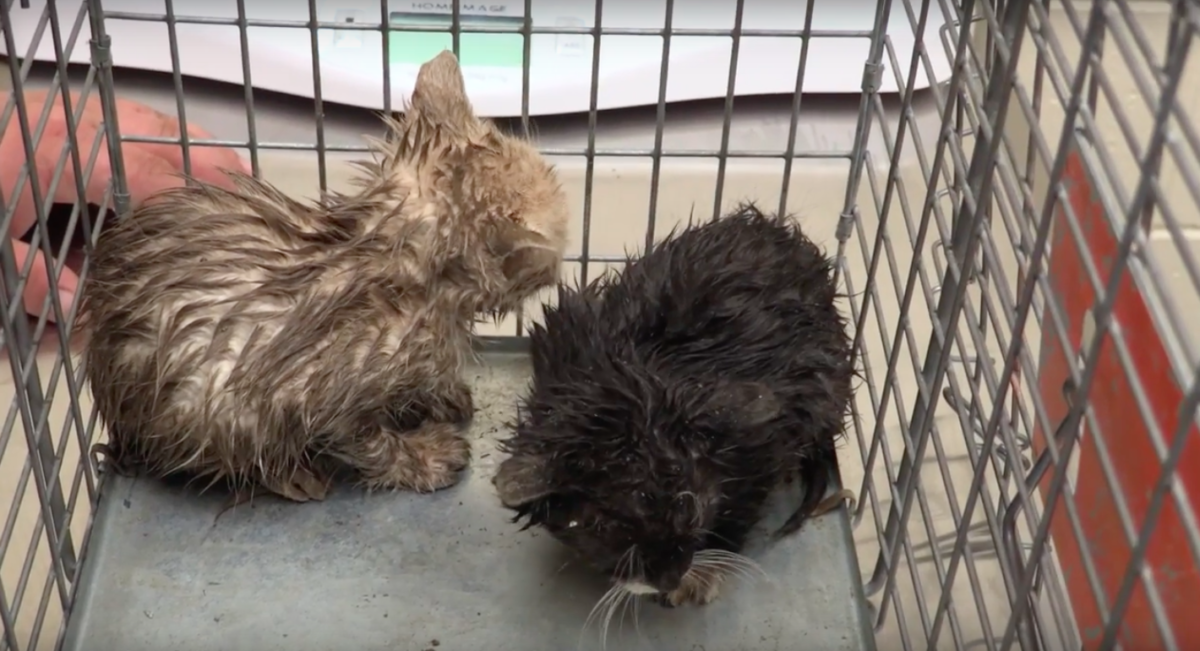 The second kitten grabbed onto the line and was pulled out with ease. But the third kitty refused to come out. While they were waiting for the third cat, the other two were brought to the humane society where they were cleaned up and warmed up. 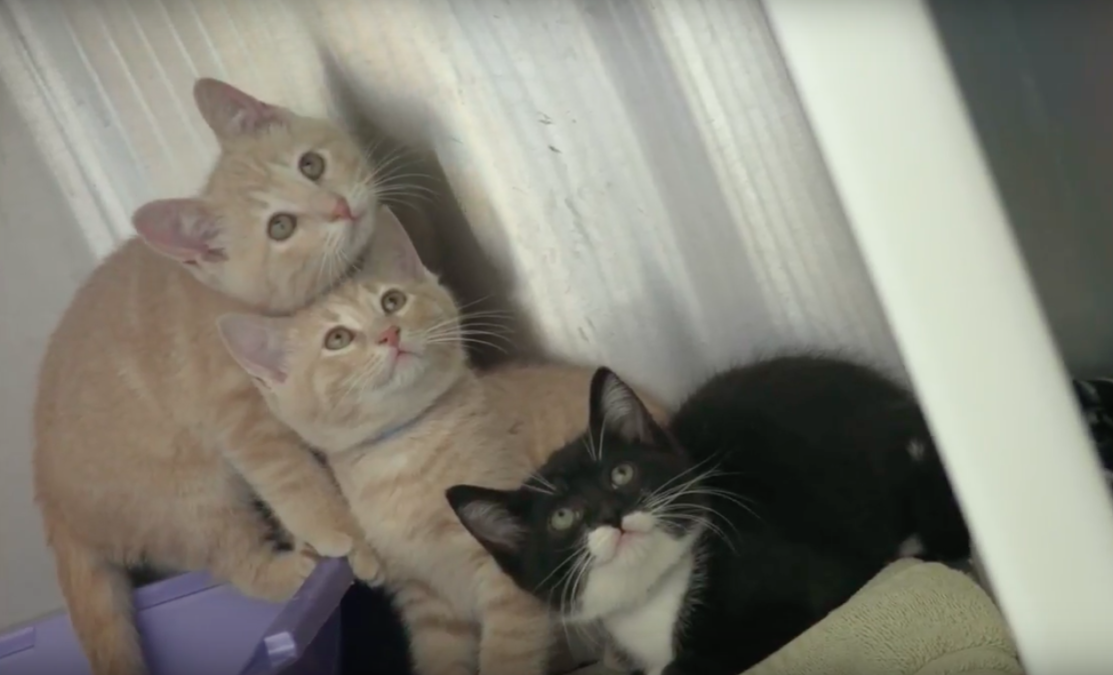 Eventually, they rescued the third kitten out of there, and after a much-needed bath, he was reunited with his brothers. The kittens, now named Logan, Lucas and Gabriel, were given a clean bill of health. They will soon be up for adoption.