Earlier this month, a white cat named Fluffy was playing outside when she got the fright of her life.

Fluffy’s human, Ellen Albert, had noticed the feline perched high atop a nearby pine tree, which instantly caused Albert to worry, not only because of the cat’s soaring height but because blistering winds left the trees swaying on that crisp Ohio day. 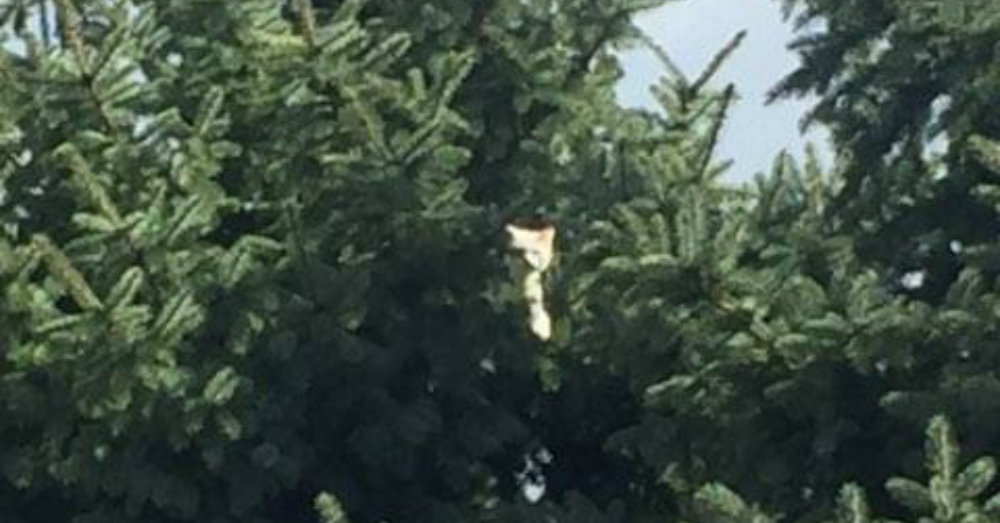 Neighbors tried to assuage Albert’s fears by promising that cats always come back down for dinner, but the Erie Valley resident remained unconvinced. “She wasn’t going to make it,” she told reporters. “She was going to die up there and she was all alone.”

When the cat was still in the tree two days later, fire fighters were finally dispatched to the scene, though the by-now-very-hungry cat was at such a height that the crew couldn’t reach her. They finally had to enlist the help of a local tree service to borrow a bucket and crane in order to pluck the frightened animal from the foliage. 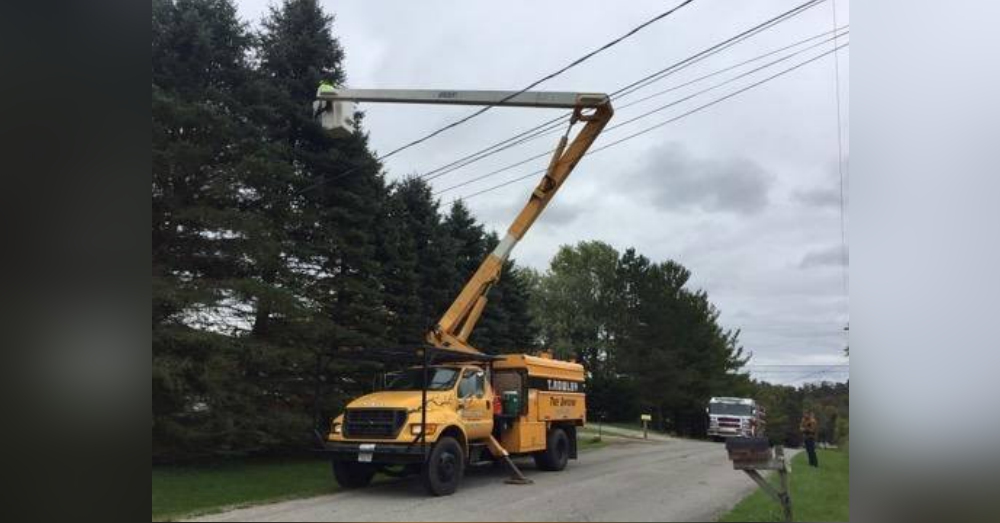 Upon finding the cat without a collar or flea collar, and surveyed a nearby gang of crows monitoring the situation from a nearby bar, the local fire chief, who’d never encountered a cat who couldn’t climb down alone in his 40 years on the force, formulated a unique theory: a bird of prey must have lifted the cat into the air.

“They’re both missing so we figured when it got to the top of the tree, the collars came off,” Erie Valley Fire Chief Rick Annen told reporters. “That’s why the cat dropped into the tree and then the hawk couldn’t get back into it.” 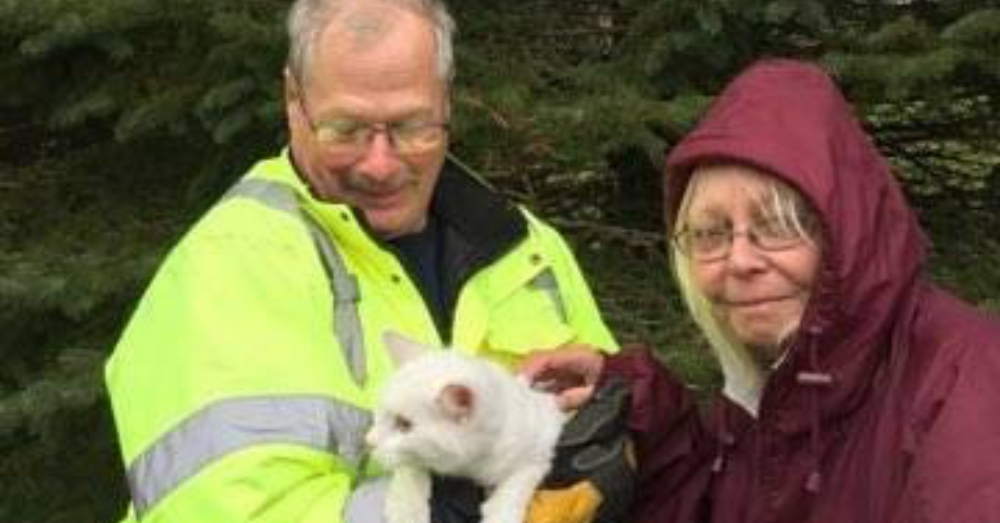 Meanwhile, Fluffy’s owner is certainly relieved to see her beloved cat safe back at home, and grateful for the community rescue effort. “I’m just truly amazed that she made it that long and these guys are here to help,” she said.