This Kitten Saved A Soldier From Becoming A Statistic

Josh Marino joined the United States Army in 2001. After a few years of serving stateside, he was deployed to Iraq in 2007. After three months in Bagdad, Josh was caught in a fight with insurgents and a mortar exploded about 10 feet away from him. He was struck by the blast and the resulting debris. It was an injury that would earn him the Purple Heart, but it wasn’t enough for the Army to send him home.

Marino was diagnosed with Traumatic Brain Injury, and as a result, he began to show the signs of post-traumatic stress disorder (PTSD). The physical wounds healed, but the psychological wounds ran much deeper and were being left untreated. The PTSD soon began to consume his life. He had constant headaches, memory loss, and depression. Returning to Fort Riley, Kansas at the end of his deployment in 2008, Josh reached his lowest point.

“A lot of us come home without realizing we’re bringing the war home with us,” Josh told Mutual Rescue. “I was experiencing severe anxiety, I couldn’t focus, couldn’t remember how to do certain things. I started to sink down pretty deep.”

“There came a night when I was in a really, really bad place. I didn’t want to deal with it anymore,” said Josh, who was planning to commit suicide. “I wrote a letter up on my computer and set it there on the desktop. And I walked downstairs and I walked out the backdoor of the barracks. I smoked a cigarette in the rain. It was going to be my last one.” 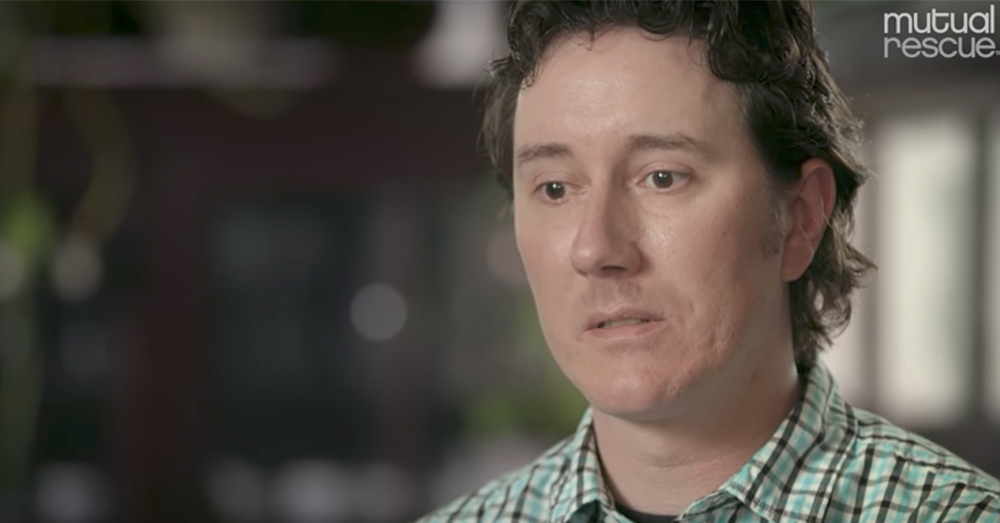 Photo: Mutual Rescue — Josh Marino talks about his battle with PTSD after being wounded in Iraq.

That’s when hope came calling in a most unexpected voice — a tiny meow from the bushes. In that dark moment, outside in the rain, a small, black and white kitten came out and started rubbing up against him. “I broke down crying,” Josh said. “Maybe he knew there was something I couldn’t quite handle.”

That started a relationship that would change both of their lives. Josh would feed the kitten a plate of tuna every day, and as time went on they got closer — and Josh kept getting better.

“This cat gave me something to look forward to every day. He didn’t see anything wrong with me. He didn’t see any sort of flaws or any imperfections. It felt safe,” said Josh. “He had a serious effect on me. He helped me realize that I could actually not just care for somebody else but other people could care for me.”

But one day, when Josh went outside to feed the kitten, it was nowhere to be found. Normally he would respond to Josh’s calls, but this time there was nothing. The kitten who had saved his life had disappeared.

That’s when Josh reconnected with someone from his high school back in Pittsburgh, a friend named Becky. They started dating, and not long after, they were married. It was a complete turnaround from where his life was headed when he came home from Iraq with PTSD, contemplating taking his own life, to now starting a brand new one with his wife. 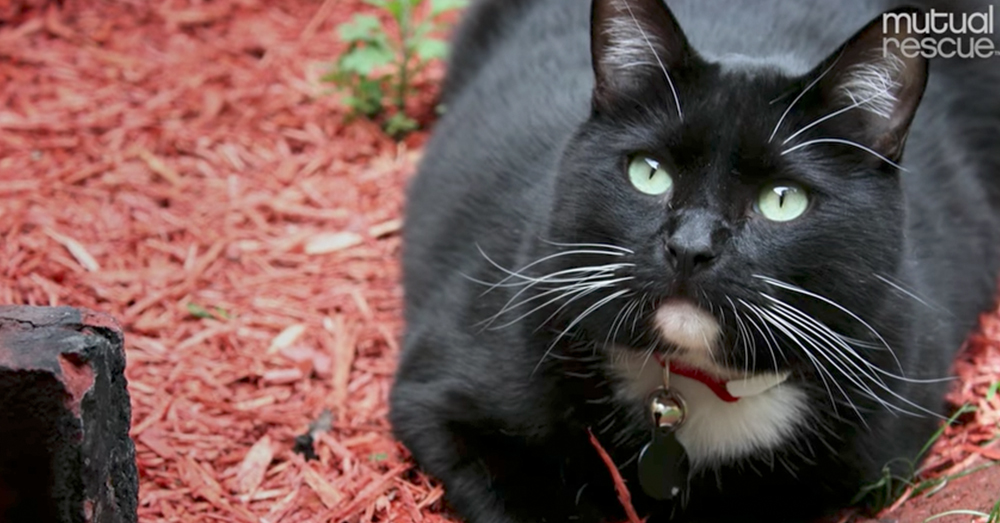 One day, Josh and Becky, now married, came across an adopt-a-thon being held on the grounds at Fort Riley. As the two strolled past the animals up for adoption, Josh said a little black and white paw reached out from one of the cages and grabbed his arm. It was the same cat that had brought hope back into his life. He picked him up, held him tight, and signed the adoption papers right there and then. It was Josh’s turn to save this cat’s life — the cat he named Scout.

Josh and Becky moved to Pittsburg when he was discharged from the Army, and of course Scout came with them. For Scout, he not only had a new life and a new family with his human owners, but he also got some siblings in Becky’s three other cats. They were happy times for the Marino family, and Josh and Scout were as inseparable as could be.

“Scout was there the whole time. He made me want to better myself,” said Josh, who started going to school and earned his Masters degree in Clinical Rehabilitation and Mental Health Counseling in order to help other veterans suffering through the same battles that he faced.

“Even before he was my cat, before he even knew me that well, Scout saved my life. He put me on a different path. He gave me the confidence to try to come back from all the adversity that I was feeling,” said Josh. “Scout was my battle buddy. He saved me. All I did was the paperwork.”

Watch the rest of Josh and Scout’s incredible, heartwarming story in the video from Mutual Rescue below!

Jacob H. is an award-winning journalist and photojournalist who currently resides is West Michigan with his wife. In his spare time, Jacob enjoys writing, photography, mountain climbing, and camping.
Whizzco for FAP