Family Finds A Kitten Inside The Walls Of Their Home

Cats get themselves into some sticky situations. They have the ability to squeeze into the most random places. And sometimes that ends up backfiring when they get stuck. When one feral mama-to-be needed a place to give birth, she ended up going into someone’s attic.

However, in the process of having her kittens and moving them around, one of them ended up falling down in between the walls. The mother cat couldn’t get the kitten out, and she had no choice but to keep going. She took the rest of the kittens and left. 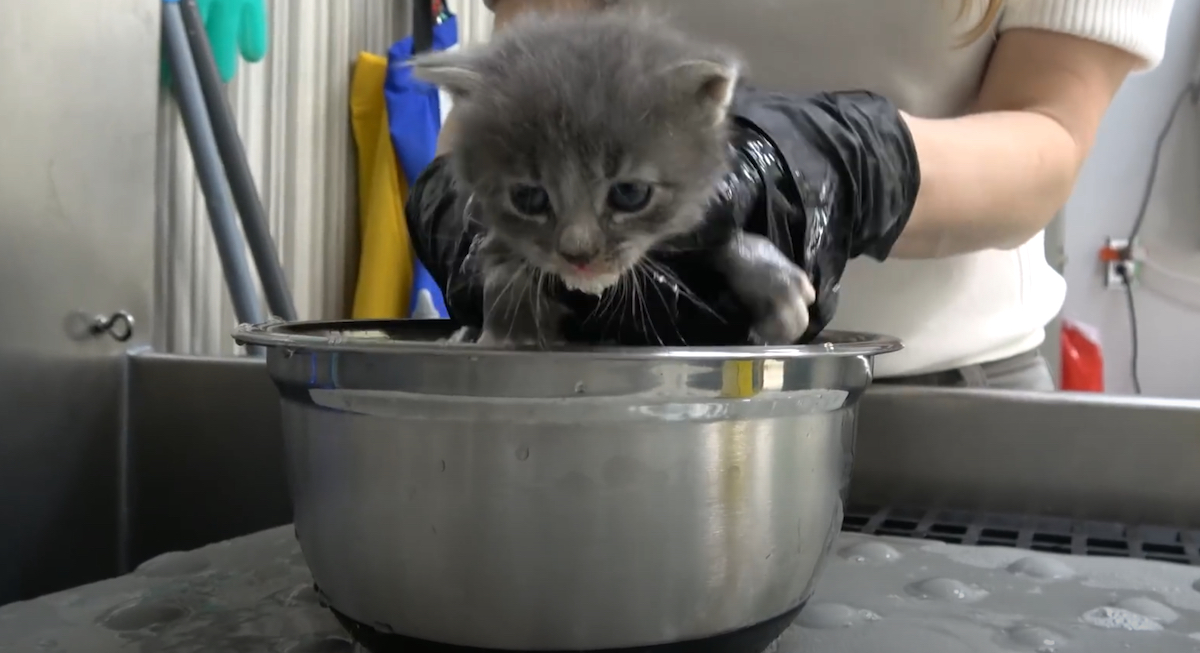 That is when Hope For Paws received a call from a family who were concerned about the meowing noises they were hearing. Rushing to investigate, the rescue ended up locating the kitten using a camera they fed into the wall. The little kitten was named Wallter in honor of his rescue.

Wallter was then transported to C.A.R.E.S. There he was given his first full meal, as well as a bath before he was transferred to the Let Them Be Little rescue, where he was fostered. It’s there that Wallter is waiting on his forever home.