Pouncing, playing, eating and sleeping make up a typical day for a kitten, with emphasis on the pouncing and playing. The little fur balls are perfecting their stalking and pouncing skills, and what better practice than the older cat in the home.

One feisty kitten in Southern California locked eyes on his prey, which happened to be the older tuxedo cat in his home. The unsuspecting cat was so intent on what was in front of him that he did not sense what was right behind him. The black kitten took the opportunity to perfect his pounce. 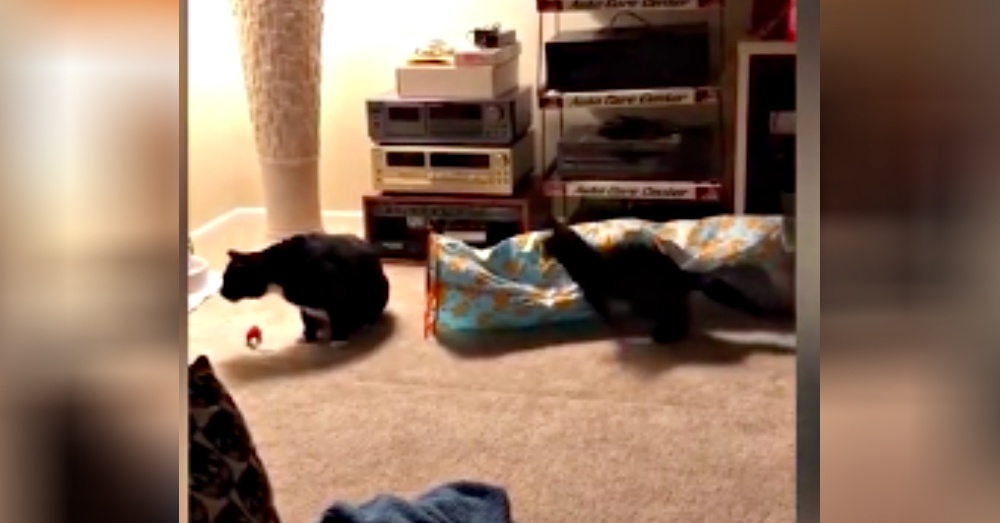 Without hesitation, the kitten pounced on the back of the older cat, sending him flying in the air out of fear. The cat landed on all four feet and shrugged off the scare. I am sure it was not the first or the last time the kitten will pull that trick. The family captured the hilarious moment on video and shared it with the world. 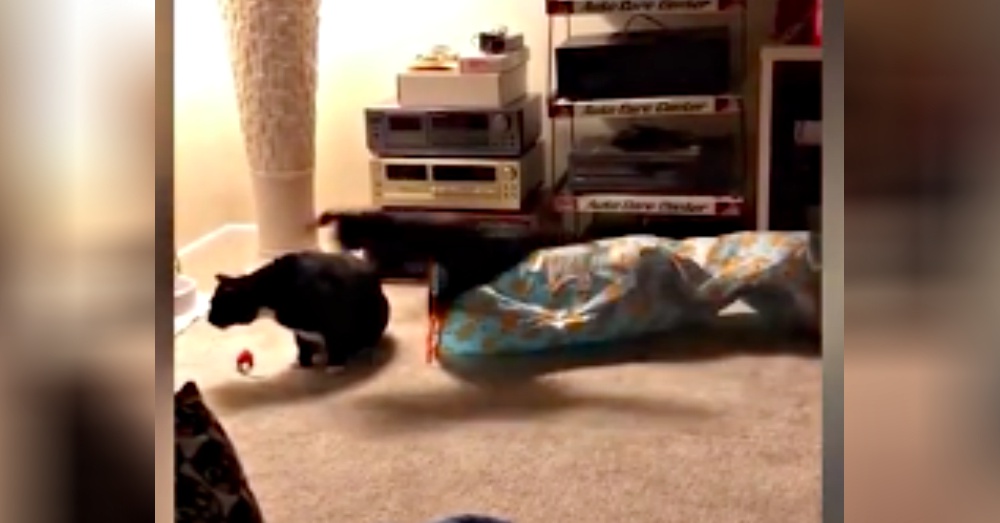 The older cat was a feral cat that the family took in and cared for after they noticed an abscess on his tail. “He seemed much friendlier than the feral kittens, and we assumed he was an abandoned pet,” said the family. His tail was amputated by FixNation in the San Fernando Valley. 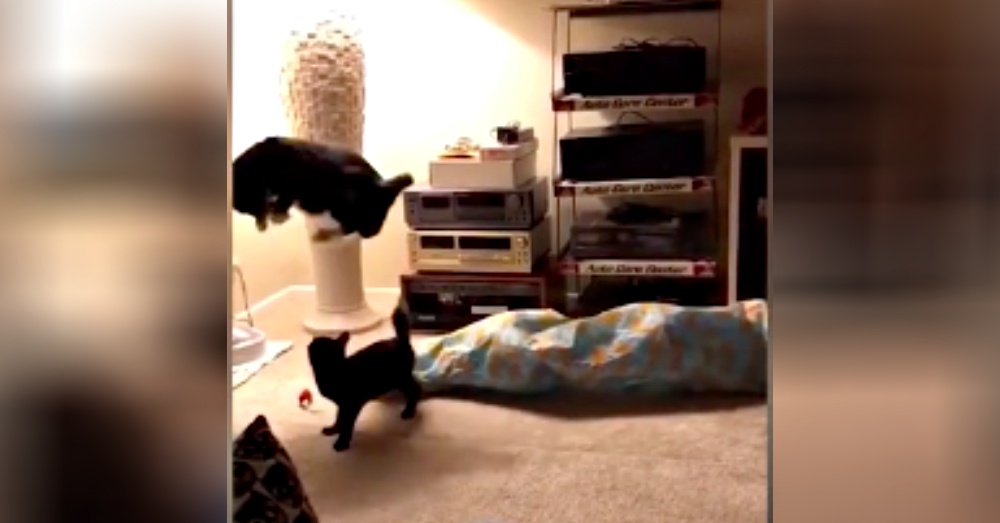 “While he was recovering we fell in love with his playfulness and decided that we needed to keep him.” They took the cat into their home and thought he could use a friend, so they got a kitten. The two instantly bonded and are a constant source of entertainment for their family. 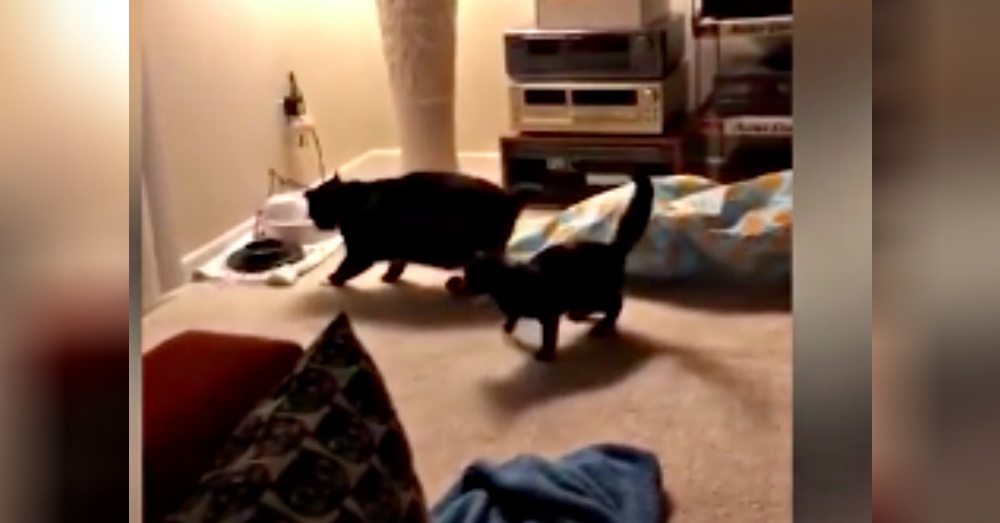 There is no need for a television when you own cats. Their antics are all the entertainment you need.

Watch the hilarious attack in the video below. Be sure to share it with all your friends.