These Newborn Kittens Had A Rough Start To Life. But Now They’re In The Right Hands!

These two tiny four-week-old kittens, named Smurf and Shrek, were brought to Bradford Cat Watch Rescue after being found by West Yorkshire Police on a property in the United Kingdom. The police said there was no mother cat in sight. 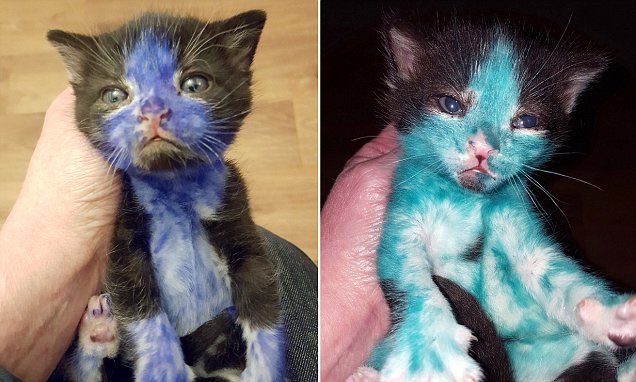 Not only were these kittens abandoned, but they were “colored in” with permanent marker pens, one of them with green and the other with blue. They aren’t sure who did this dreadful act of cruelty, but children are not thought to have been responsible. 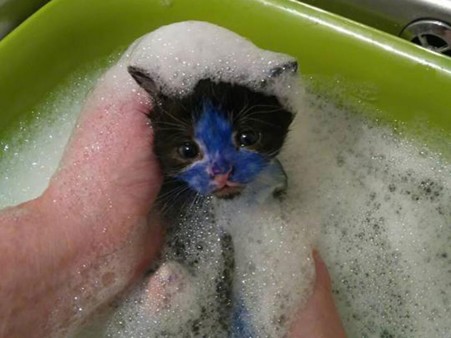 They have been bottle-feeding the kittens with milk and taking great care of them. Most importantly, they have been getting many baths to try and get rid of the marker. Volunteer Katie Jane Lloyd spoke with the veterinary poisons information service to make sure what is safe to use on their skin to try and remove the ink. 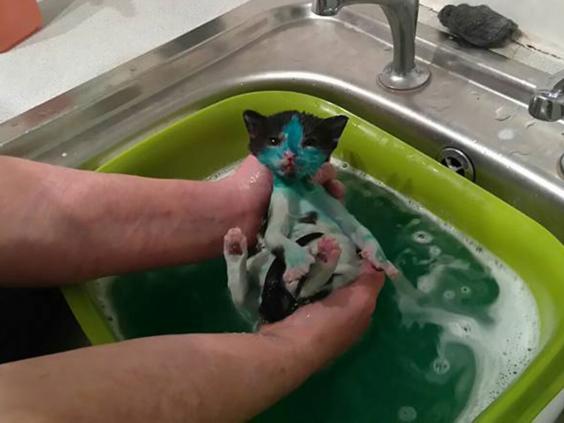 After several baths, the marker is finally starting to fade away. They said that even their personalities are starting to become much brighter. Thankfully these kittens are in safe hands now and will be treated with love and care! 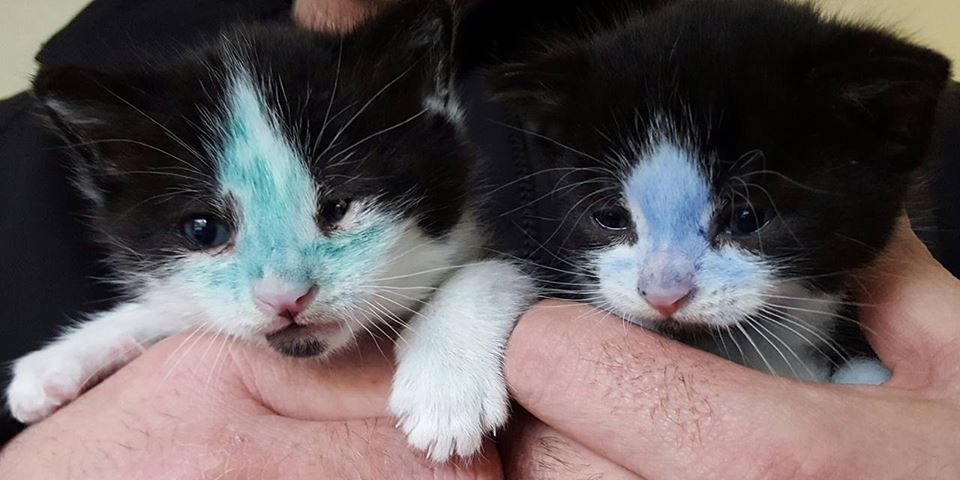