This Kitten Was Shot In The Head With A Pellet Gun, Yet All She Wants Is Love

The Cat House On The Kings, a no-kill cat sanctuary, received a call from a local animal control about a six-month-old calico kitten who had been shot in the back of her head at close range by a pellet gun.

They took the poor little kitty, later named Holly, in without hesitation. They soon learned how sweet this cat was, despite everything she had been through. 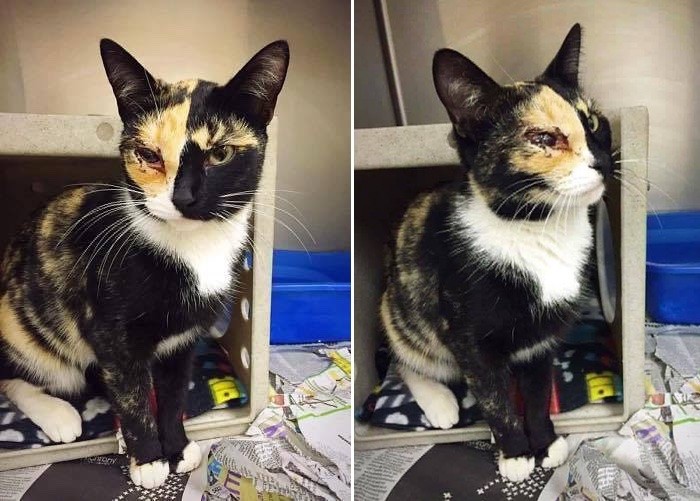 Holly had a pellet stuck in her right eye. When she first arrived at the sanctuary, she was a little nervous, but it didn’t take long before she warmed up to everyone. 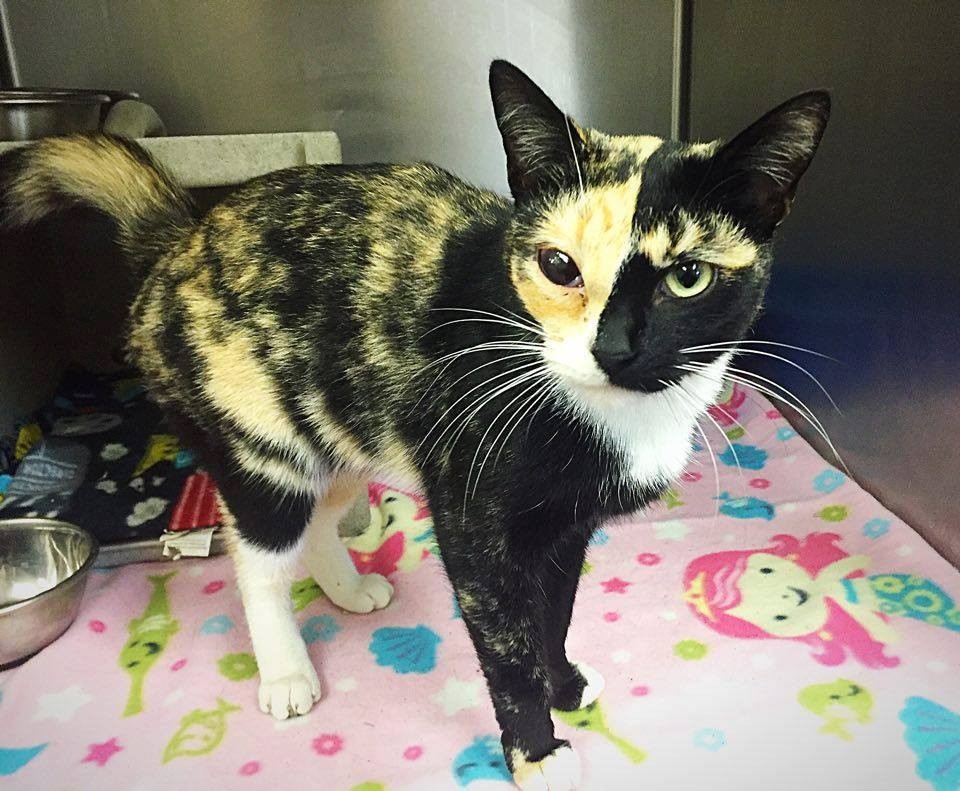 They carefully removed the pellet from the brave kitten’s eye and treated her for her trauma. Once they removed it and got her cleaned up, she was already looking much better. 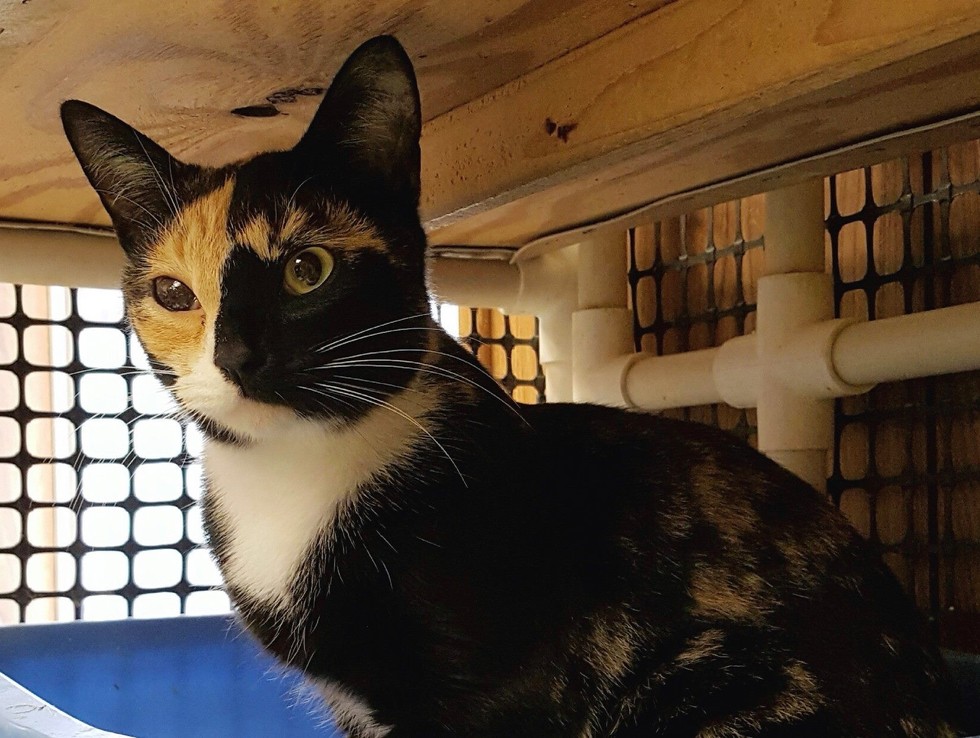 Days later, Holly was not only recovering well, but she was more affectionate than ever before! All she wanted was pets and cuddles, and she purred at her caregivers.

Whenever a caregiver was near, she would stretch her head out as if she was asking for some head scratches. And of course they gave them to her! 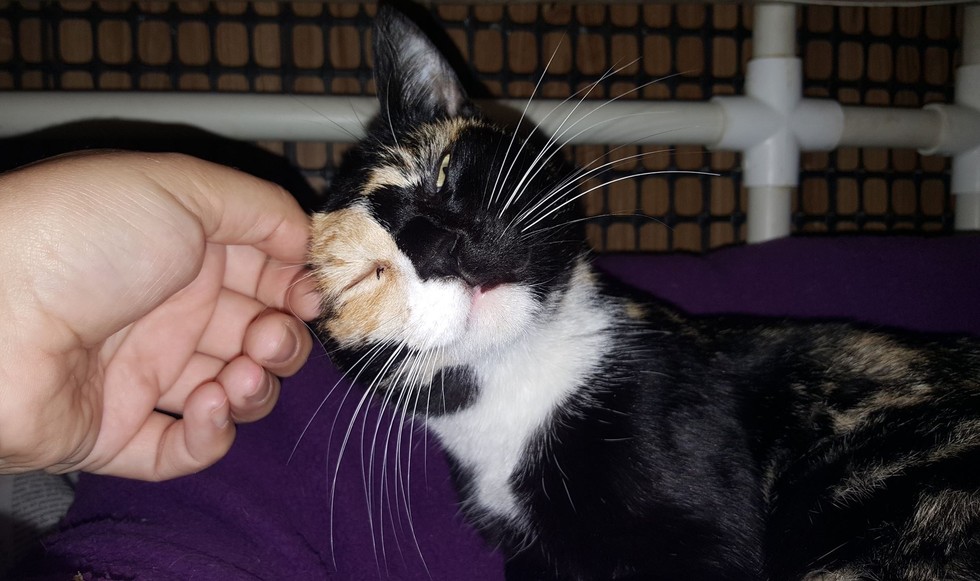 “Even though someone did this to her, look at all the love she has to offer,” Karla Cortez, sanctuary supervisor, told LoveMeow.com.

Holly is currently still recovering at the sanctuary and will continue to receive all the love in the world. You can follow updates on Holly on the sanctuary’s Facebook page.