An Abandoned, Paralyzed Kitten Was Rescued From The Streets. Then, Vets Built THIS To Help Him Walk!

Meet Mac N’ Cheez. He is a weeks-old kitten who was found on the streets of Long Island, New York, abandoned by his mom. He was rescued and brought in to Massapequa Pet Vet by a Good Samaritan. He was in a mac and cheese box, which is how he got his name. 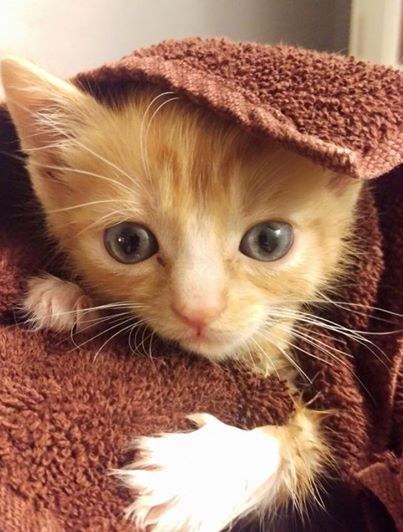 Mac has paralysis, which is thought to be a result of nerve damage, so he wasn’t able to walk on his own. Now, he has a new wheelchair to help him get around, and it’s made out of old toys and Legos! This was his first time in the cart; they put him on the ground, and he just took off! 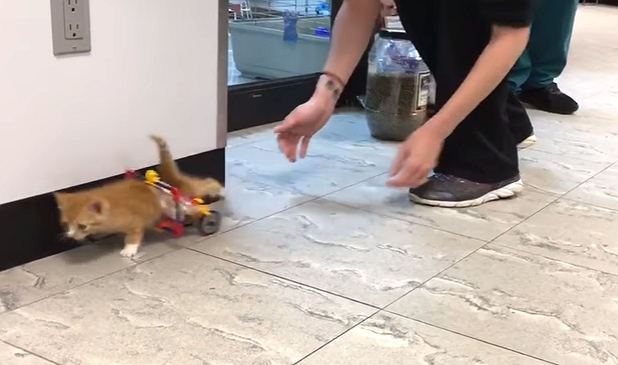 He is slowly regaining some us of his legs, and he is on medication that will hopefully help him. He is eating well, and is very playful and affectionate. He does swimming exercises as physical therapy to help his legs. His upper body is so strong from supporting all of his weight, that he’s able to climb out of the pool on his own without the help from his back legs! 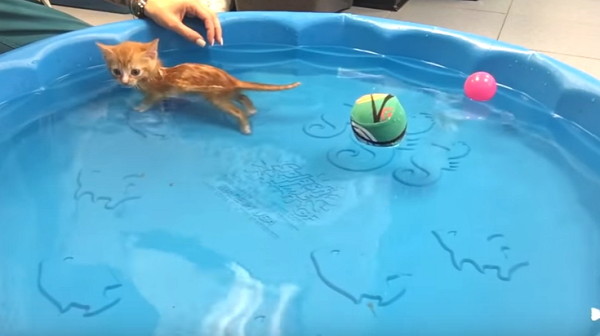 Aside from physical therapy, he also plays games on the iPad to get his brain stimulated. He is currently being fostered by one of the hospital technicians and will be available for adoption once he is strong and healthy enough. 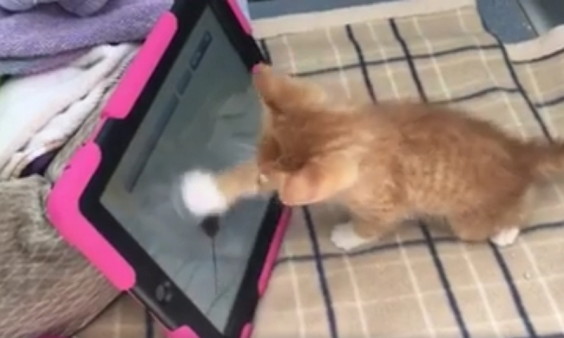 You can check the Massapequa Pet Vet Facebook page for updates on Mac. Watch Mac go in his new wheels in teh video below: