Alaskan winters are challenging for most outdoor animals – but especially so for orphaned kittens who are unable to walk.

Alas, such was the fate of tiny HarPURR, a motherless kitten found all alone outside in somebody’s yard when he was only three weeks old. Rescuers would come to believe the young kitten was probably accidentally disabled at birth, and then dropped off by his panicked mother unable to field Alaska’s harsh elements with a special needs baby in tow. 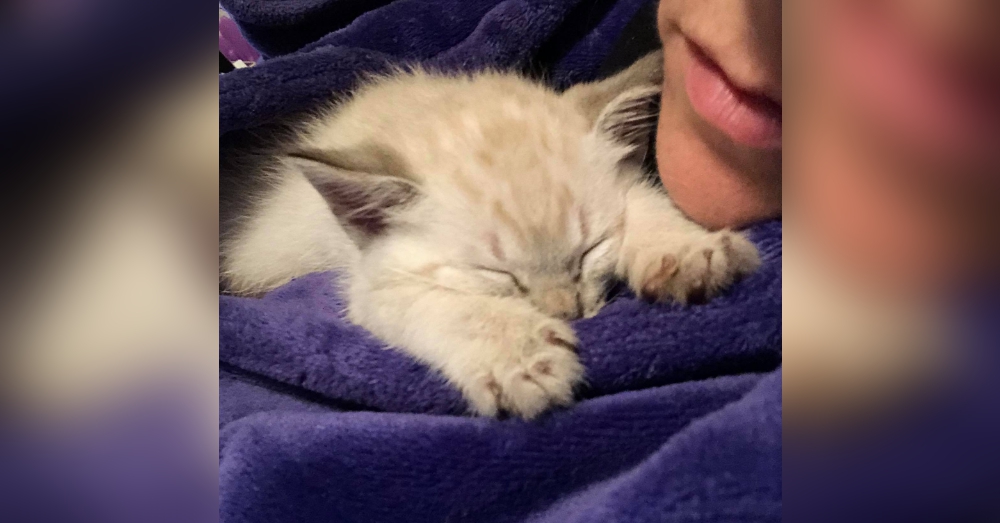 Basner, who also shares her home with a gaggle of rescued dogs and cats, knew that HarPURR — in addition to round-the-clock feeding and lots of plush toys for cuddling – would also need a new four-legged foster mother. Fortunately, this long-time rescuer already has the perfect replacement parent in mind. 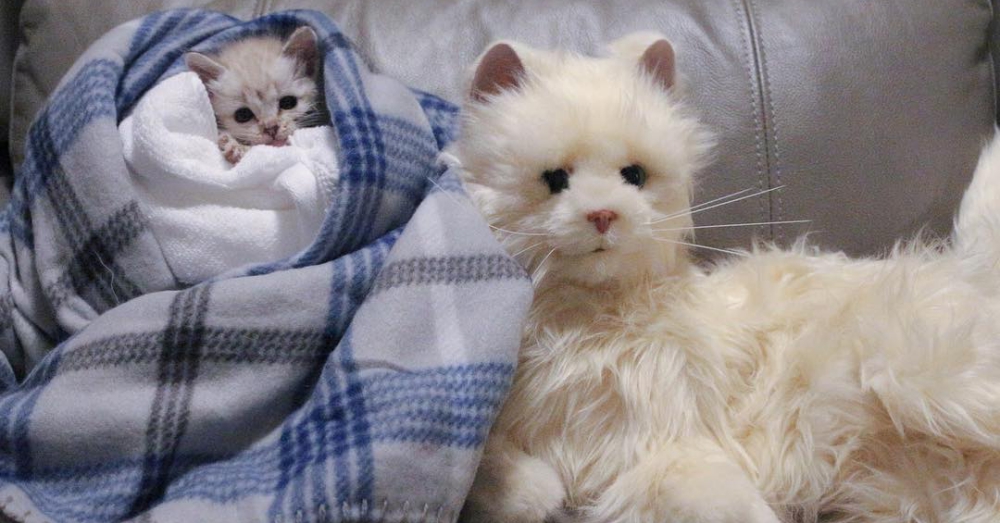 Cinder was an Alaskan Husky who’d already given birth to multiple litters though she spent most of her early life outside.

Cinder clearly missed having her own pups around, because — as Basner told Love Meow — the husky’s maternal instincts kicked into high gear whenever there was a needy baby around. 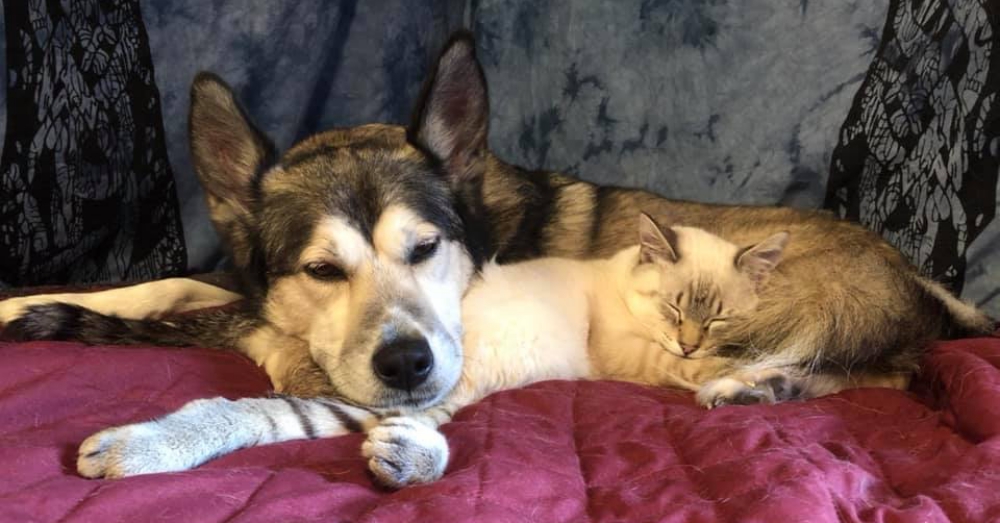 Cinder and HarPURR quickly bonded, with the kitten cozying up and purring alongside the Husky, who would in turn lovingly lick his fur.

Now that HarPURR has grown, he’s been fitted for his own wheels, which certainly helps this playful kitten get around. But HarPURR’s newfound independence has done nothing to dampen his love for Cinder, who will always be the kitten’s go-to nap/snuggle companion and his beloved surrogate mom. 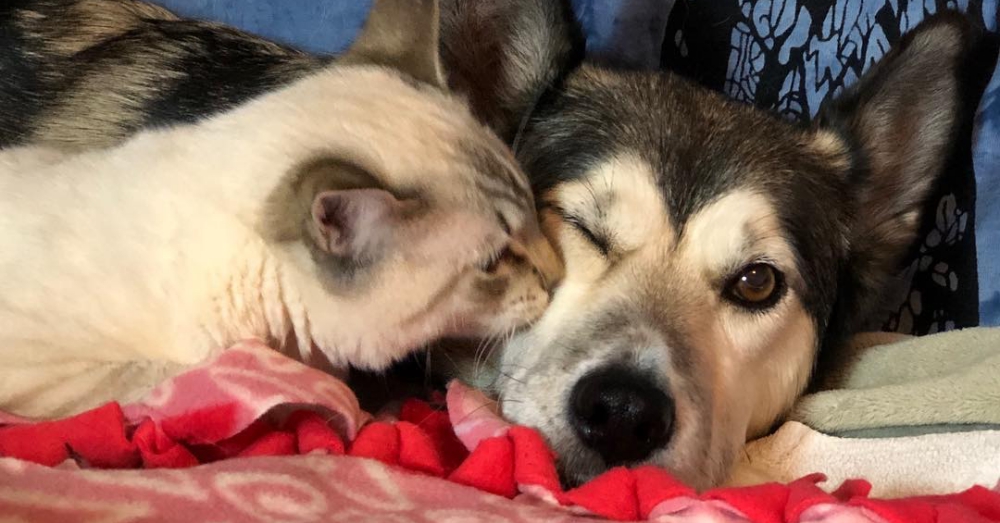 Watch HarPURR and Cinder’s adorable bond in the video below!