They Thought They Saw A Rat On A Glue Trap. But When They Looked Closer, Everything Changed

Clover, an adorable little kitten, was rescued after she was found stuck in a rat glue trap in Sydney, Australia. These awful traps are used for pest control and work when the rat gets stuck to the glue and then slowly starves to death. 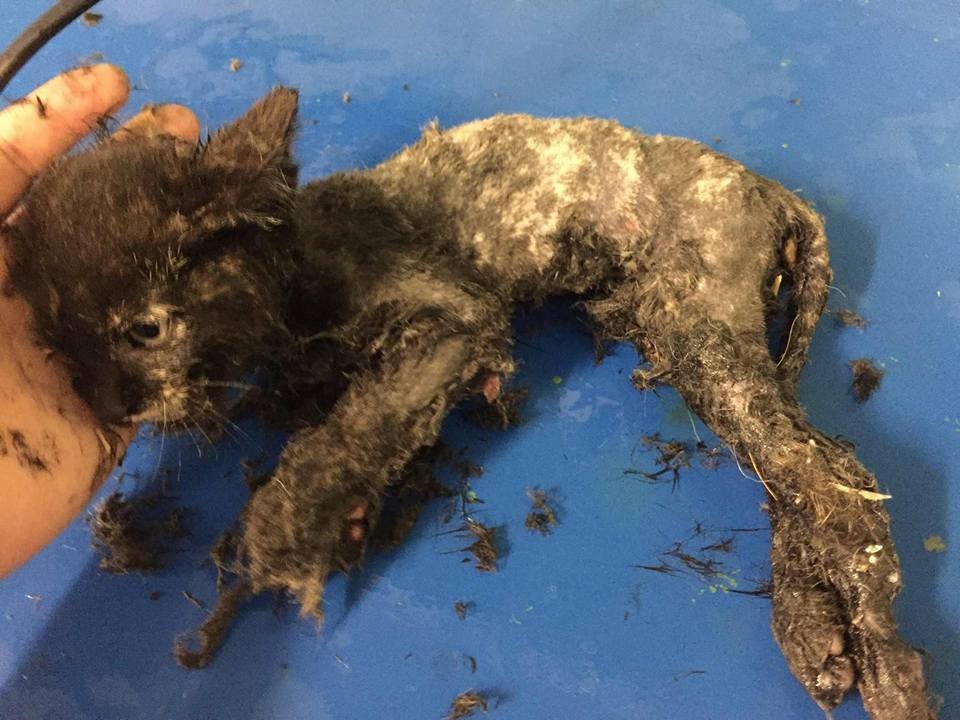 When the kitten got stuck, she tried to get off of it which, in the end, made her get even more stuck. She was brought to a vet in the western suburbs of Sydney, where one of the nurses spent a long time trying to dissolve the glue to release the kitten from the trap. 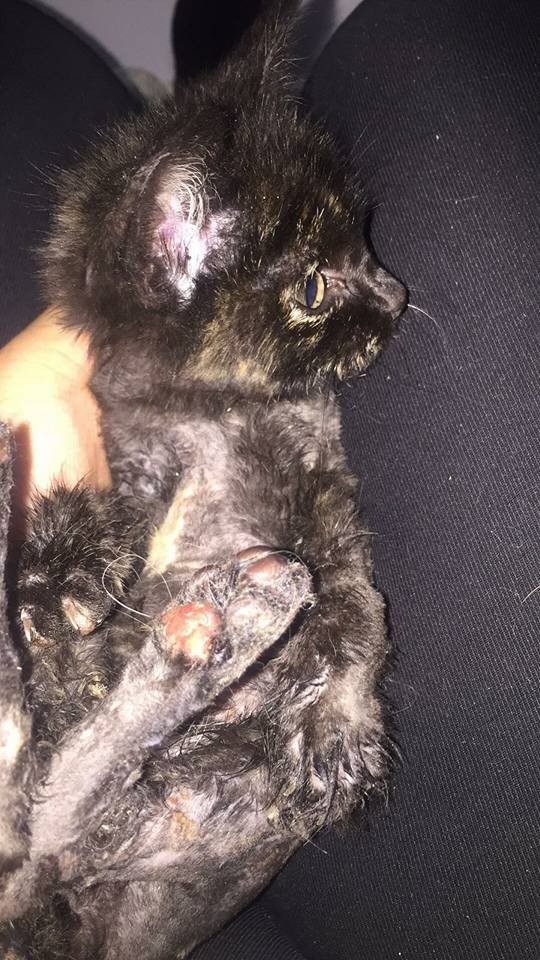 Once they freed her from the trap, it was still nearly impossible to get all of the glue off of her fur, so they had to shave her. Her newly shaved body revealed raw patches where the glue had taken parts of her skin off. 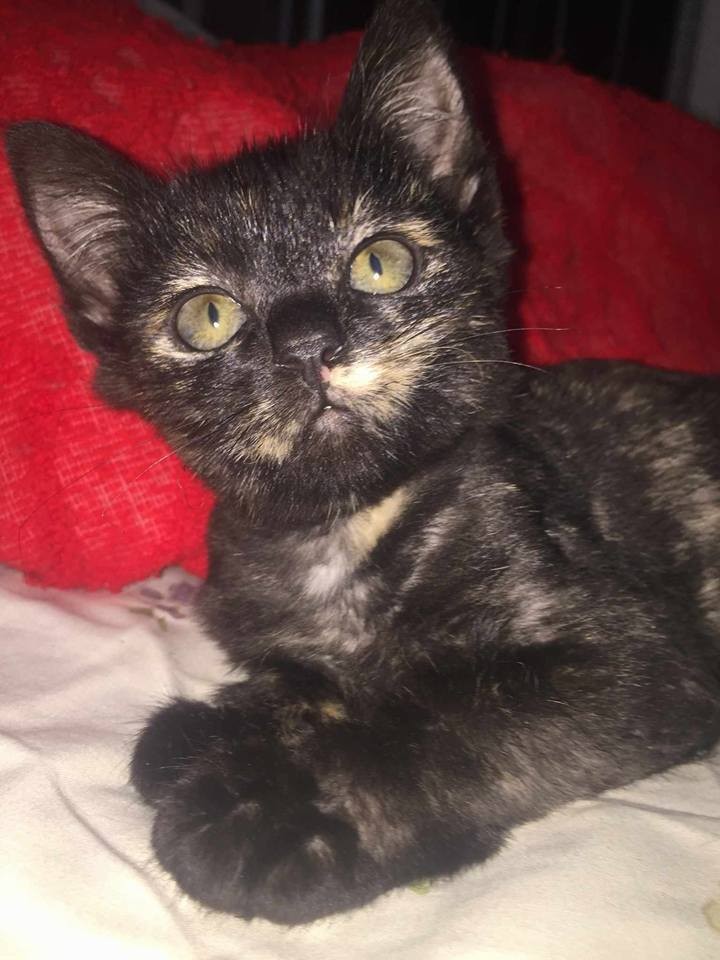 They immediately treated her and her wounds, and she was put on antibiotics and given fluids. She was given the name Clover and is now staying with a carer from Cat Rescue 901 while she recovers. She is now doing great and healing really well. Since she is still missing patches of fur, she wears tiny sweaters to keep her warm. 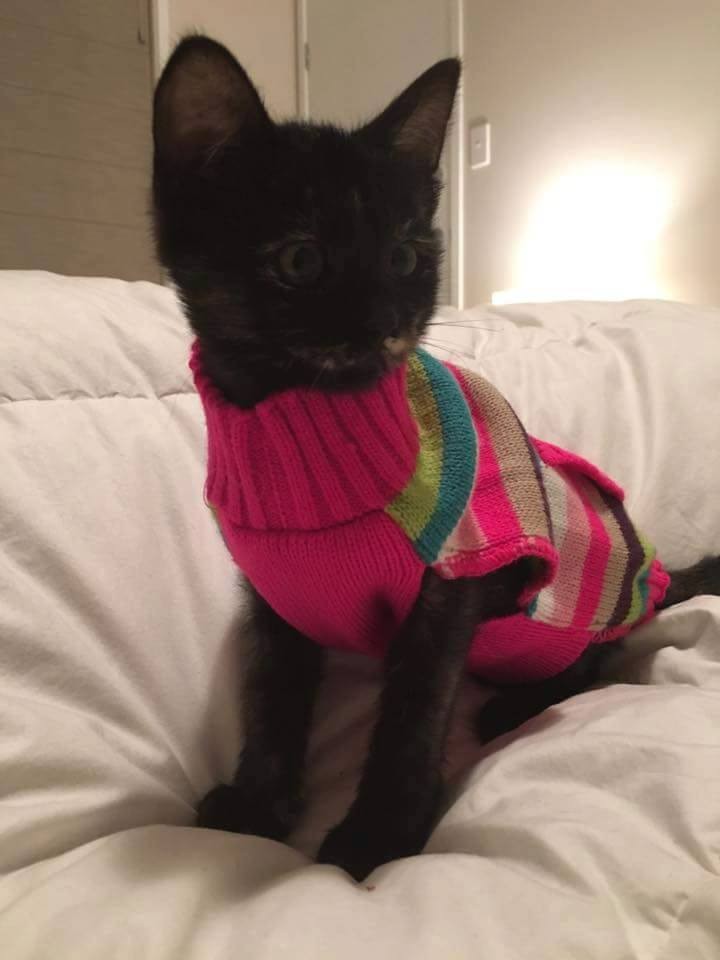 Clover has also made a new kitty friend named Furball, who was also rescued as a stray from an empty rental property. The two kittens are around the same age and have become the best of friends. Furball cuddles with Clover and helps keep her warm. 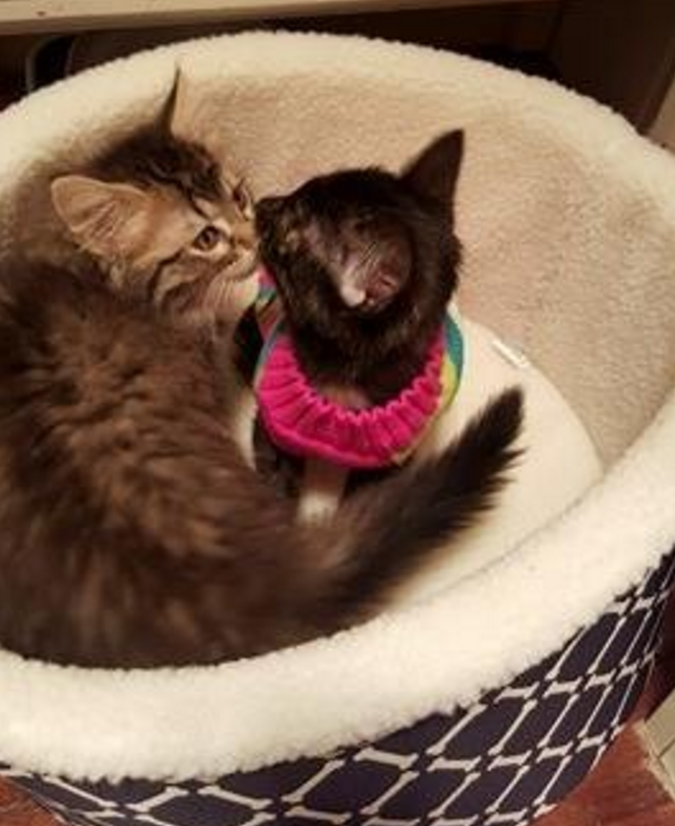 Cat Rescue says Clover is a little shy with strangers, but once she is comfortable with you she loves “playing, snuggling and being a crazy kitten.” She also loves playing with her tennis ball. Once fully recovered, Clover and Furball will be available for adoption as a bonded pair. 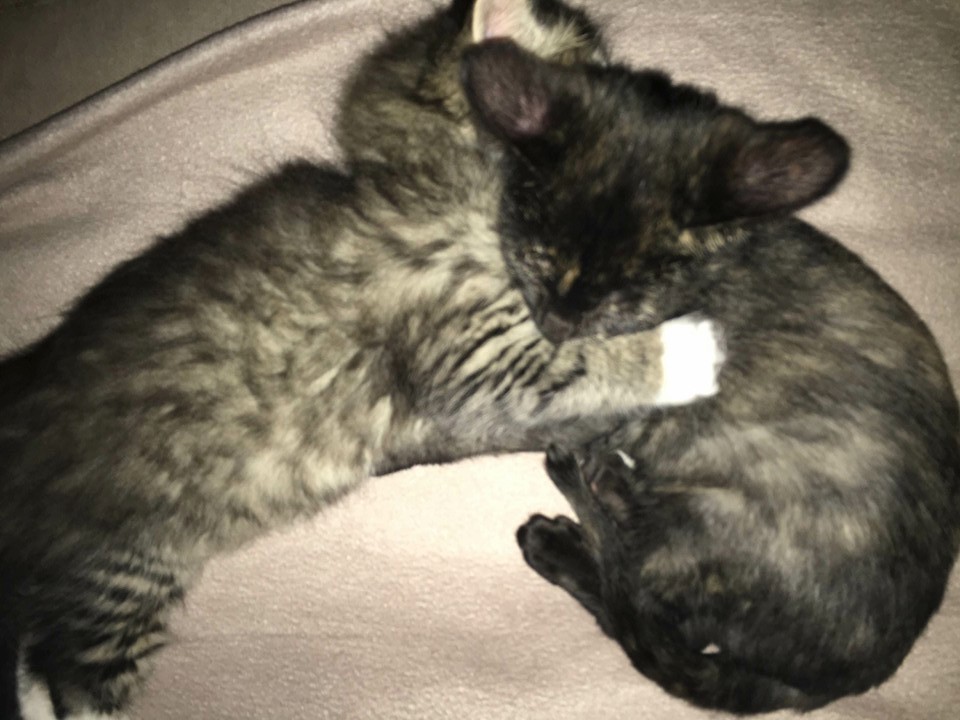