Household scratching is the bane of every cat owner. But one woman’s mischievous kitten accidentally uncovered a hidden piece of art.

Ceejae Jackman isn’t sure what led her kitten, Zipper, to attack that particular wall. But as she inspected the damage, the Arizona woman realized her kitten’s bad behavior came with a silver lining. Underneath the ruined wallpaper was a colorful painting and — as she kept pulling panels away — the art seemed to cover the entire room. 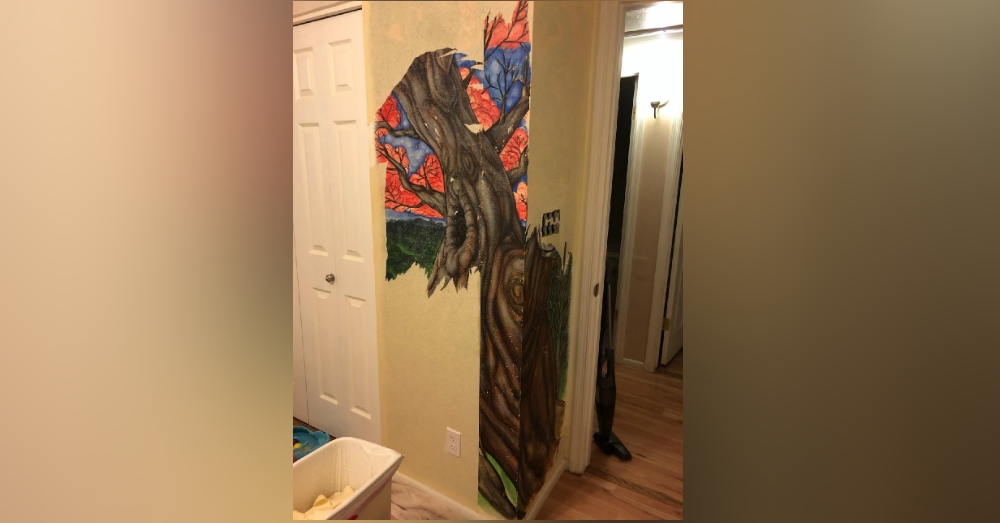 “I was just amazed at the scope of it,” Jackman told CNN. The woman quickly called her son, who lives nearby, for his help. It would take them a week remove all of the wallpaper, revealing a colorful 360-degree mural. “I would say it’s like Shangri-La,” Garret said. “It’s definitely Hindu inspired. I think that’s a giant Buddha statue in the water. Very serene though.”

But even though Zipper, the kitten, started this project, the feline wasn’t exactly helpful throughout the rest of the process. “He is a very zany and energetic kitten still,” Garret said. “Very playful, and only a little destructive. He was just sitting in the room watching us all remove the wallpaper on Saturday.” 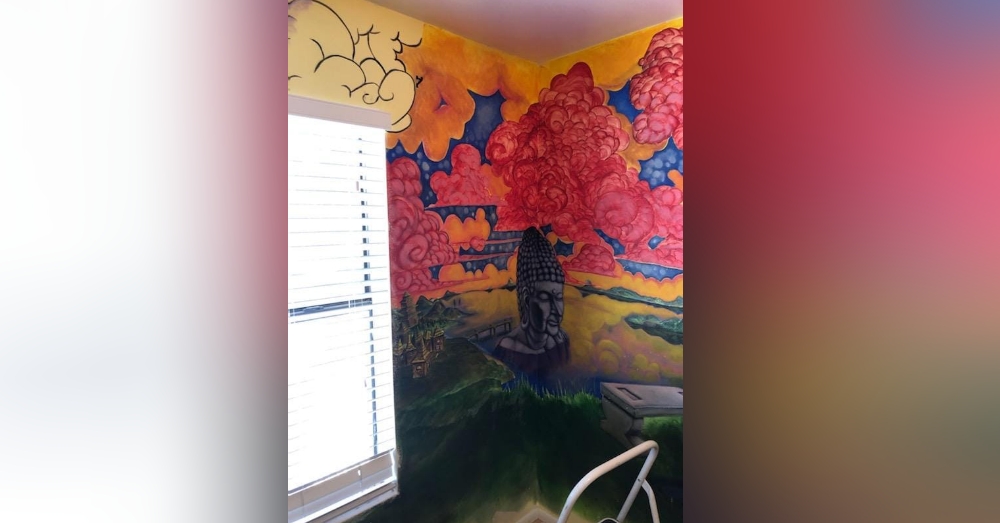 Now Ceejae is wondering why somebody would deliberately cover such a beautiful mural. “I did like the wallpaper,” she said. “But I think I like the mural better.” Hopefully, Zipper the kitten will be justly rewarded!

Check out Zipper’s amazing find in the video below!