Kitten Refused To Eat Because He Couldn’t Swallow, But Foster Family Refused To Give Up

Donna Parker, a volunteer of Richardsons Rescue, and her husband were visiting his grandmother when they heard the cries of kittens. They followed the noise to the garage where they found a liter of five kittens with their mother.

Since the mother was caring for the newborn kittens, they left her alone. The couple returned two weeks later to check on the kittens. Sadly, the kittens were sick and needed immediate help. “We were unable to catch the mother but I had to rescue the kittens. Brad was the smallest and the sickest of the entire litter and he was very close to death,” Donna tells Love Meow. 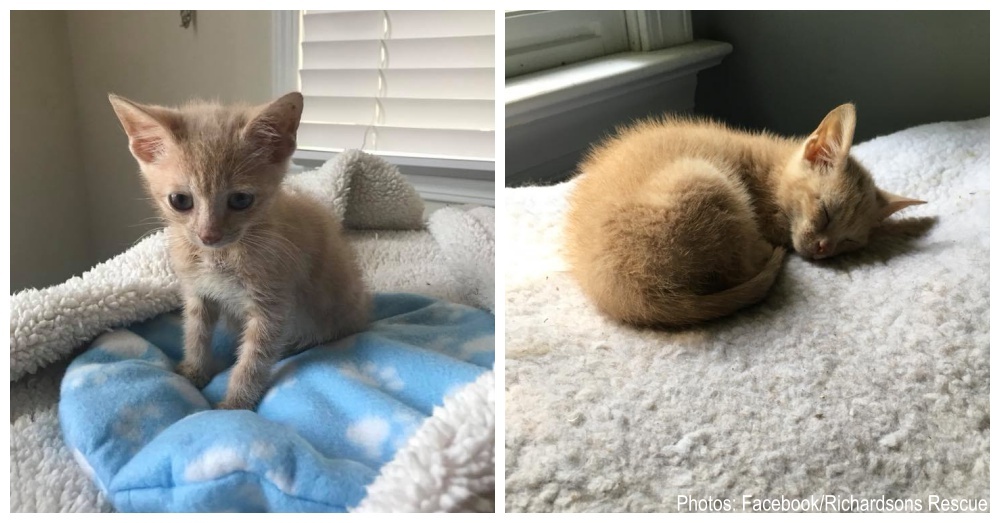 Thankfully, Donna knew she needed to start bottle feeding the kittens from her experience as a volunteer. She made sure the kittens were warm and hydrated. One kitten named Brad was not responding well. “I fed him every hour or so, as much as I could get him to eat with a syringe until he finally was able to hold his head up.”

With the round the clock care, the other kittens thrived. However, Brad was not gaining weight and refused to eat. “I thought I was going to lose him many times while he was still very small and having so much trouble but he’s a miracle kitty.” 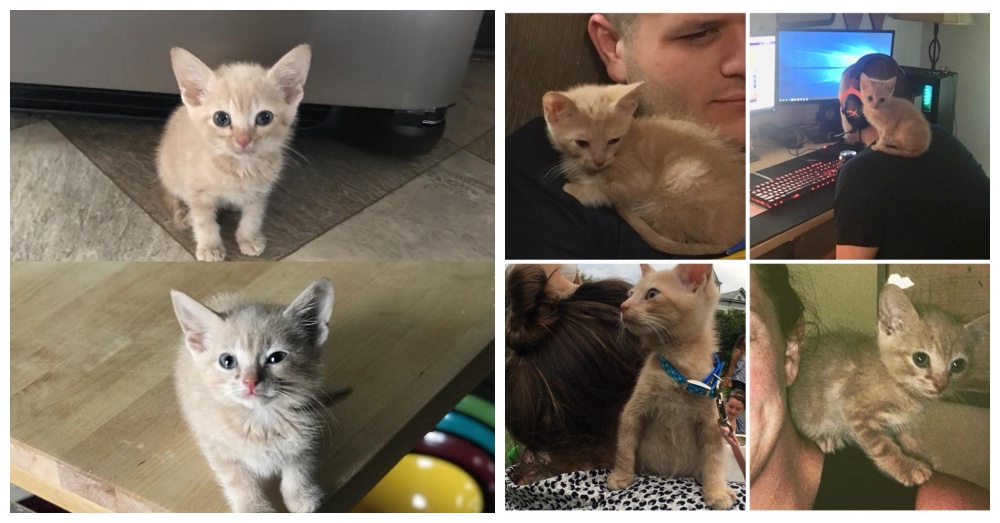 Brad seemed to have a difficult time eating and they wanted to know why. “We were lucky enough to have a foster who works for a GI specialist and she took over to foster him. With the help of her and several vets we realized that he had a condition commonly referred to as Megaesophagus,” Katherine Drummond, director of Richardsons Rescue, told Love Meow.

This condition makes it hard for cats to eat and need to have their food bowl upright at a 45 degree angle. “We were told that he was so small it would be an uphill battle to keep him alive until he would be big enough to compensate for it but we knew we had to try,” states Katherine. 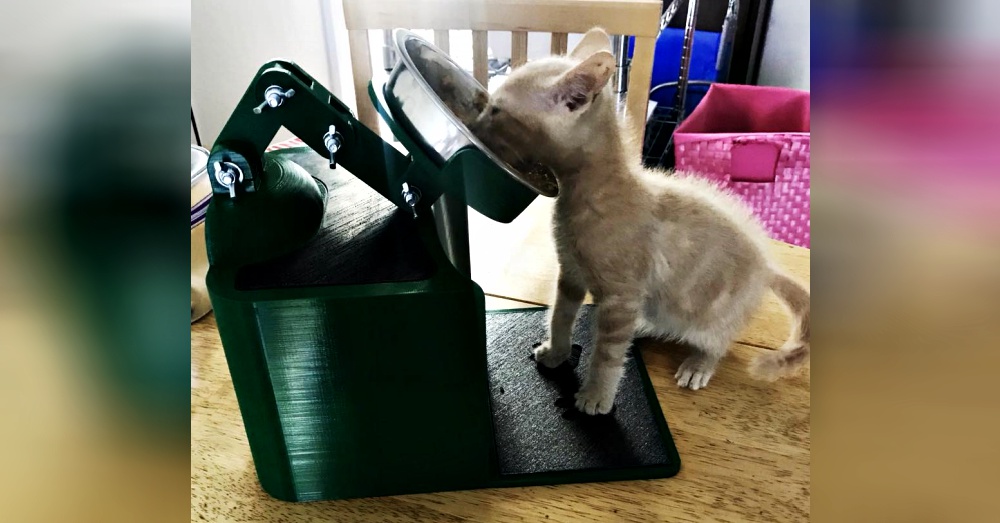 They contacted a local 3-D printer, Preston Tobery, who designed the custom upright feeder for Brad. “It uses gravity to offset the esophagus problems and we put him on a special diet,” said Katherine. With the custom feeder, special diet, and loving foster home, Brad is doing well. He is eating and growing.

The miracle kitten is super friendly and loves to perch on shoulders. He will come when he is called and is now looking for a forever home. “At 17 weeks old he is barely over two pounds but he is doing great. He seems to be growing out of the condition now.”