Rescuers Thought This Kitten Had An Eye Infection. In Fact, He Didn’t Have Eyes At All

Missy Dubuisson, founder and director of Wild at Heart Rescue, got a call about a kitten who was found on a doorstep nearby. The person who found him believed he had some sort of weird eye infection.

Dubuisson then contacted Stephanie Roberts, a wildlife rescuer with Wild at Heart who regularly fosters kittens. She agreed to take in the three-month-old stray. Before the call ended, Dubuisson told Roberts, “I can’t find his eyes though. Please just find his eyes.” 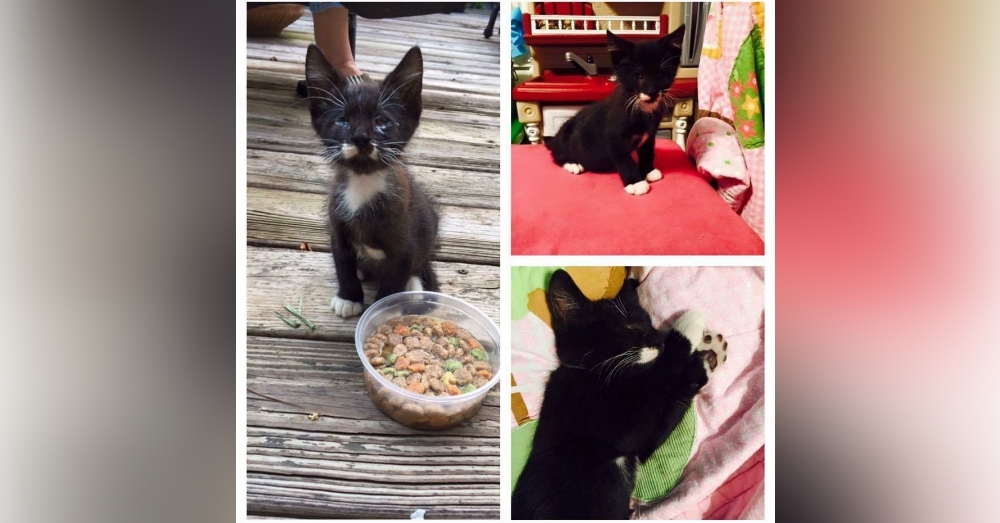 The kitten, later named Stevie, was in bad shape when he came to them. He was extremely skinny and did have an eye infection that left his eye sockets oozing.

They were unsure if Stevie was blind or not because he didn’t run into anything and had no problem getting around. They soon found out that Stevie is, in fact, blind, but they were extremely surprised to find out that he actually had no eyeballs! 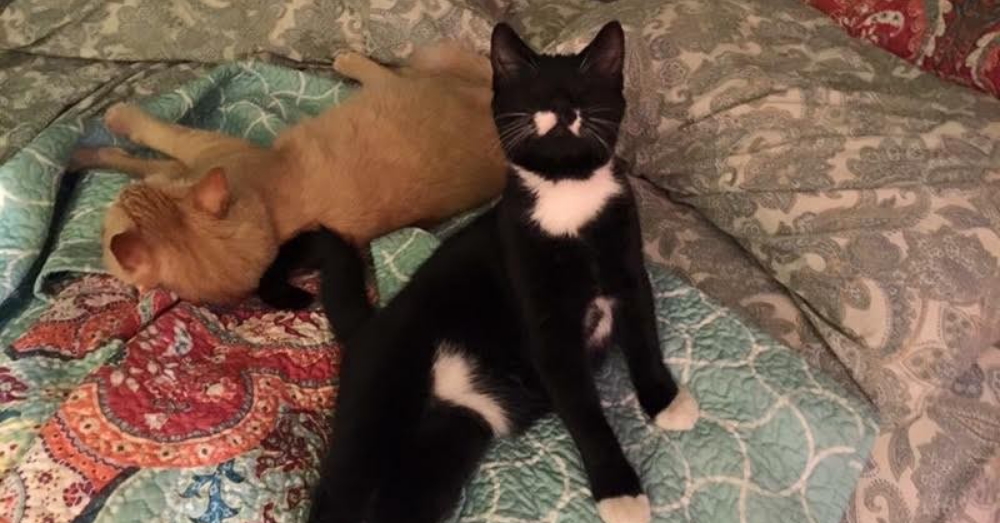 Stevie has a condition where he was born without eyes, even though he has eye sockets.

“Nobody did anything to him,” Roberts told The Dodo. “He actually has a genetic condition. He either wandered off from somewhere or was dumped … It looks like he’s just squinting at you basically, like all the time. If you didn’t know him, you wouldn’t realize that he can’t see at all.”

Though he’s no longer a kitten, Stevie still lives with Roberts and her three other cats. She says out of the four of them, Stevie is the smartest. 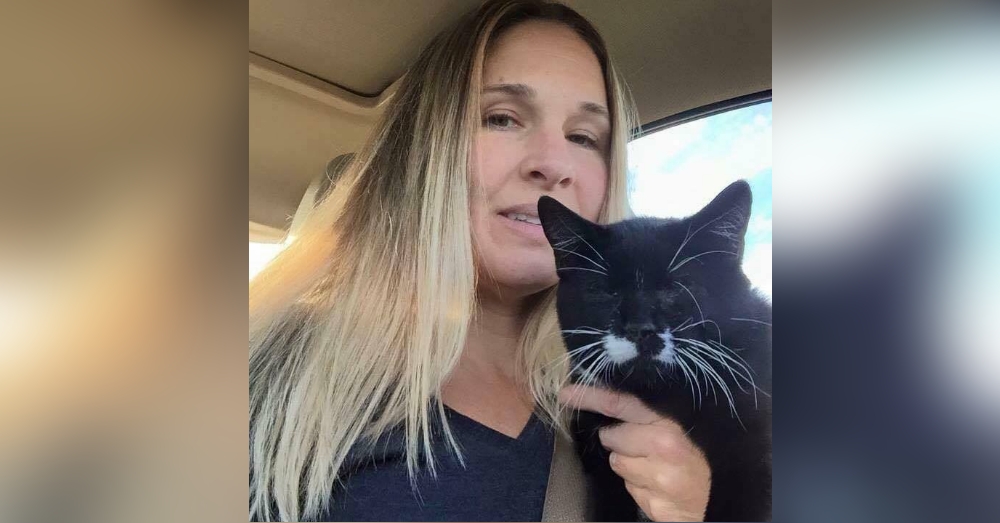 Roberts takes great care of Stevie, and he has come a long way. She has a special stroller for him to ride in, and he enjoys playing fetch with Roberts’ daughter by listening for the ball.

Stevie is just like any other cat and can do anything any cat can do. He knows the space well and doesn’t even know that he can’t see.