The Parlier Police Department responded to animal rescue call involving a tiny kitten that had taken up shelter in a pipe. The animal was in danger and needed to be taken out. However, officers quickly discovered that the animal was too afraid to come out on its own.

The officers began to think of ways to get the kitten to come out. That’s when one of them pulled an unusual item out of their patrol car: a half-eaten burrito. 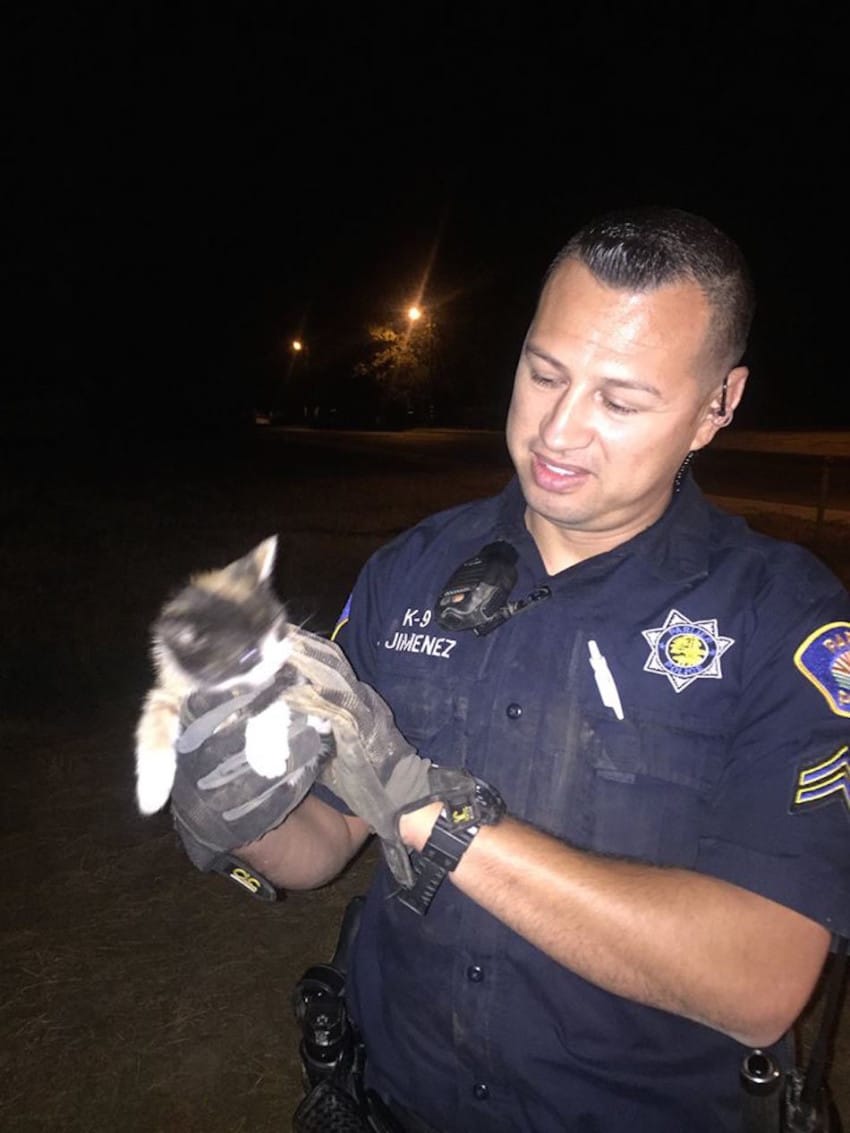 Officer Jimenez thought his leftover lunch might be enough to coax the baby feline out of the pipe where it could be then taken to a safe shelter. The cat was eventually tempted by the promise of a delicious burrito and the the officers were able to get the kitten out.

After the unique rescue, the officers posed for photos with the kitten. As you can tell, both officers had to get down and dirty to save the cat. 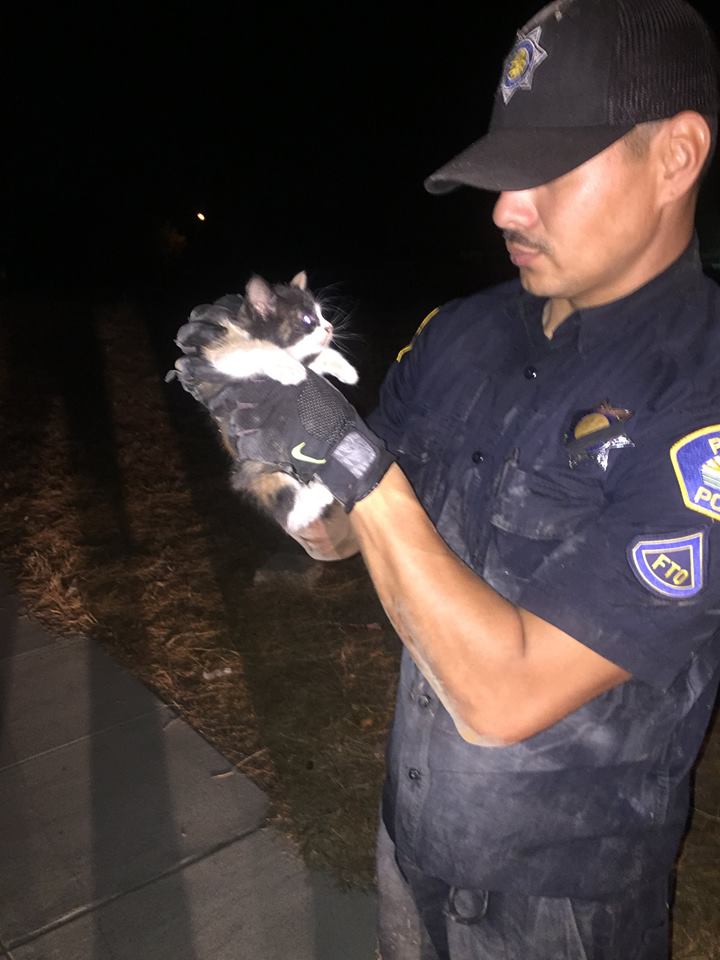 The burrito rescue was all caught on camera and posted to the police department’s Facebook page. You can watch the tiny kitten meowing and chomping away on the trail of burrito as she gets closer and closer to the end of the pipe.