Matthew Davis was dropping off his daughter at daycare when he discovered a tiny kitten sitting on the porch, crying and soaked from the rain. When Davis walked back to his car, the kitten followed him. So instead of leaving him there, he picked him up and put him in his jacket. 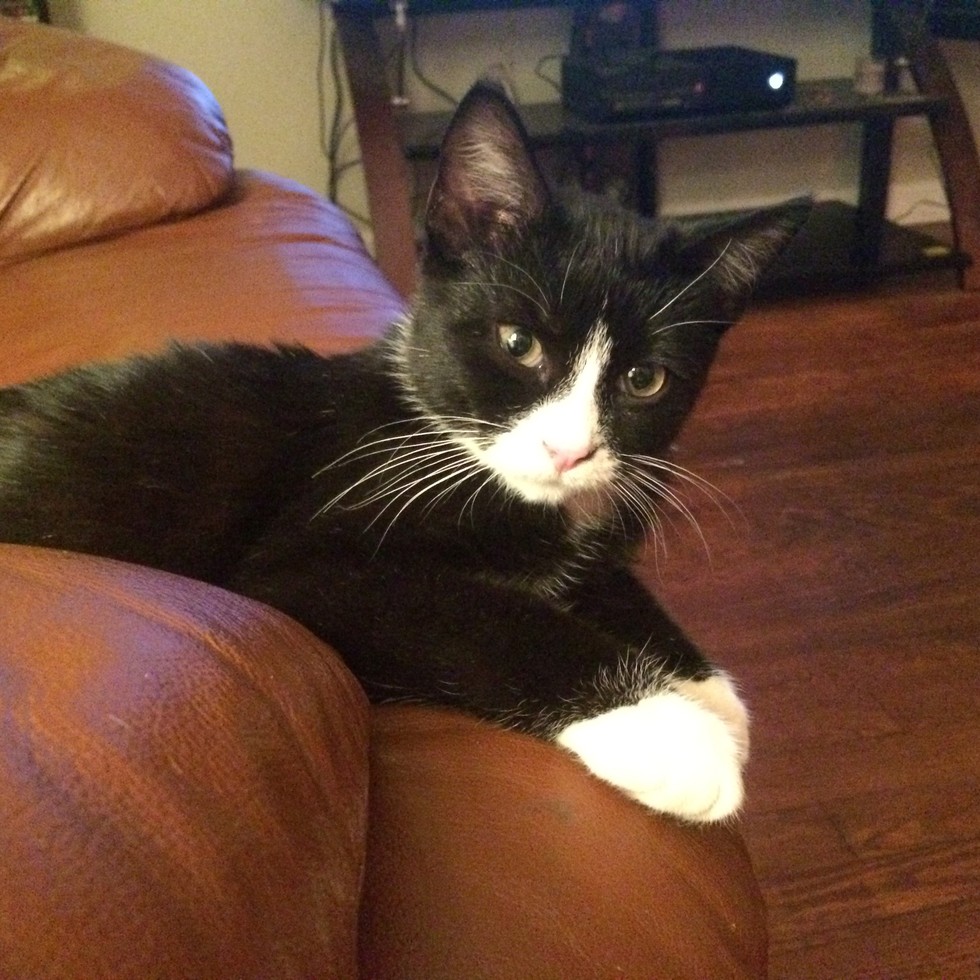 The Davis’ tried to find out who the kitten belonged to, only to find out that this poor little kitty had been abandoned. Their heart broke for the homeless kitten, so they decided to adopt him and named him Doug. 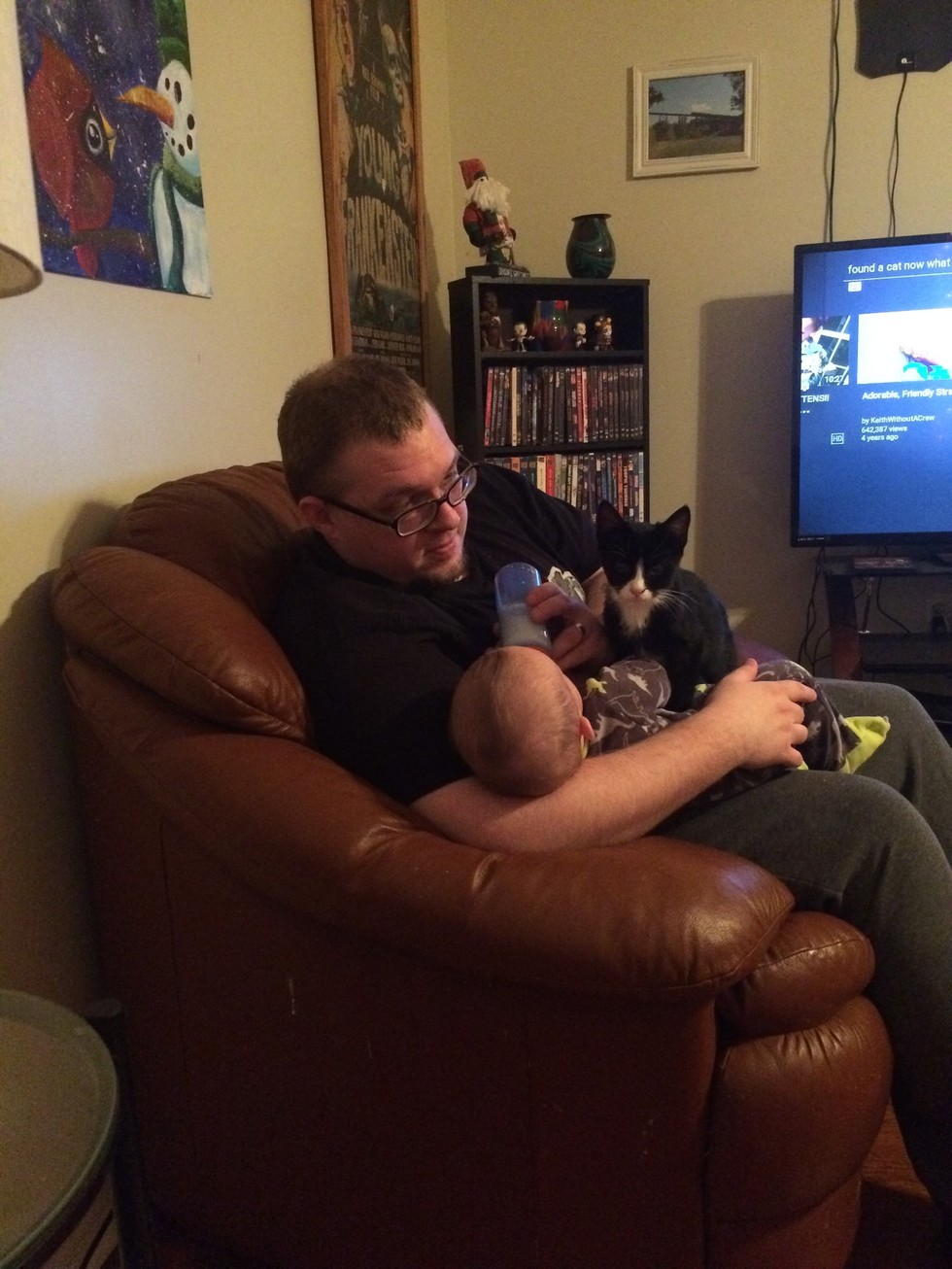 Doug fit in right away. He was just so thrilled to have a real, warm home instead of spending his days on the streets. Doug always loves being around everyone, but there’s someone who he is especially attached to: the Davis’ newborn baby boy, Rowan. 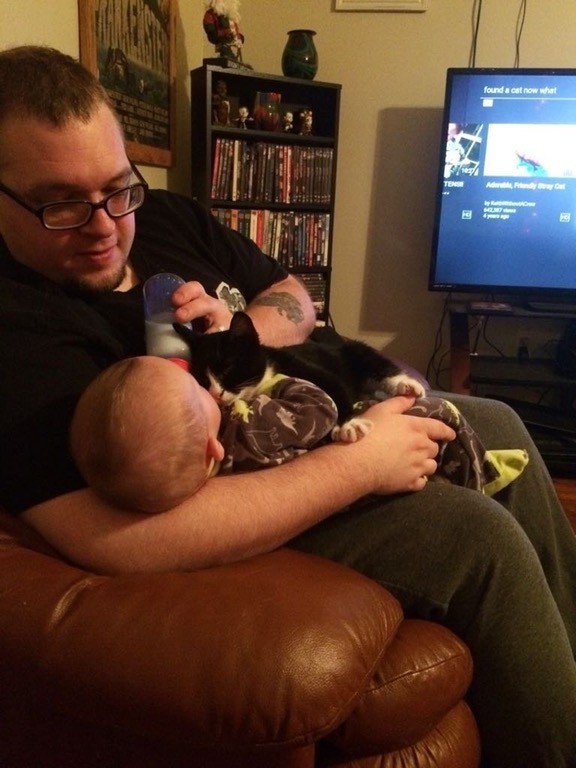 Doug loves laying on Rowan and snuggling with him, and Rowan loves him right back. The best part, is that these two will literally grow up together. And I’m sure they’ll always be the best of friends! 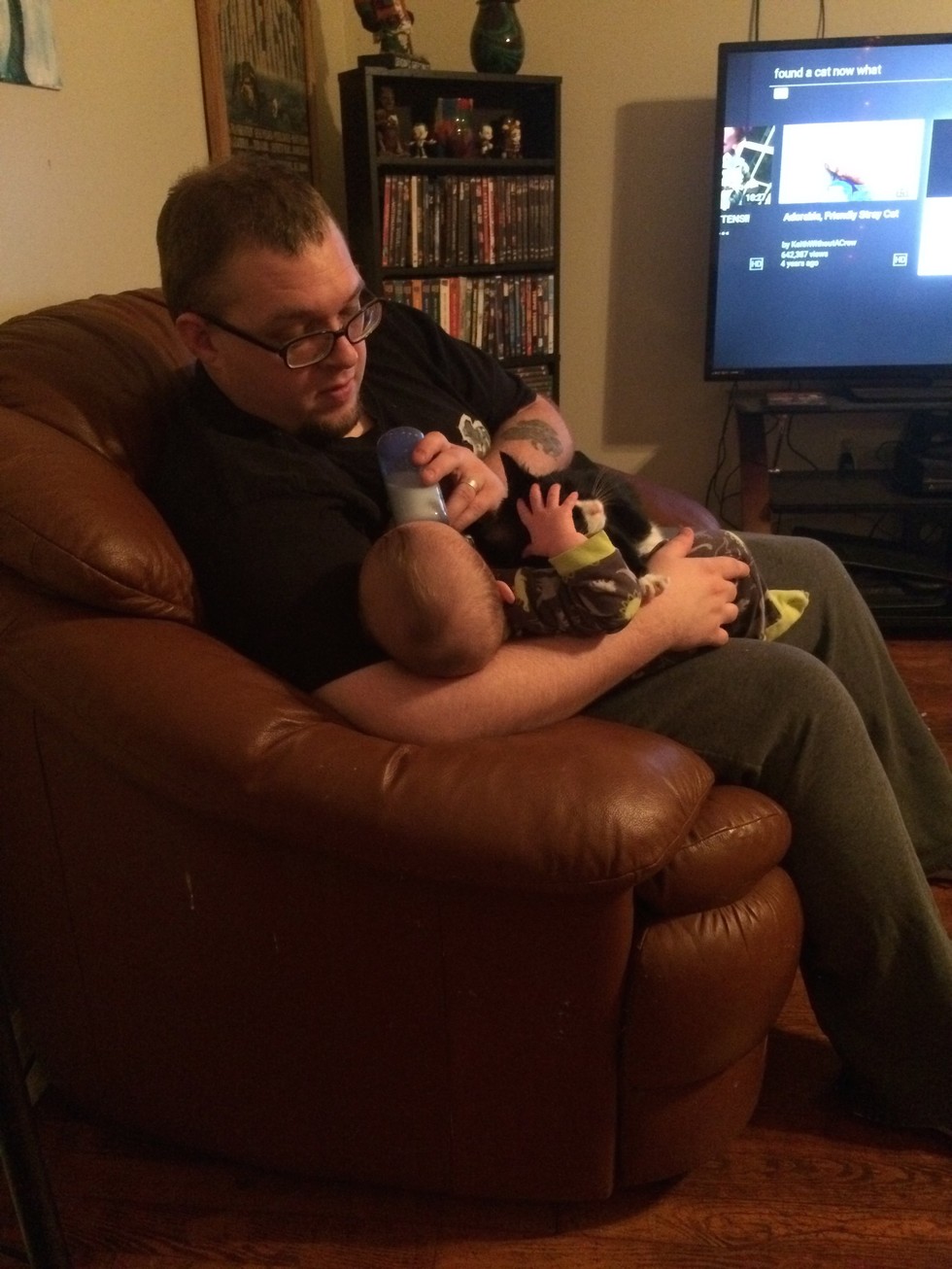 Actor Jonah Hill Adopts A 3-Year-Old Pitbull: Click “Next” below!