The familiar face markings of this “Herd-Look Woman” have kept her from the slaughterhouse and caused quite a stir.

After a calf born on a beef ranch in Texas was found to bear no small similarity to long-tongued demon of rock Gene Simmons, Hill Country Visitor’s Drew Taylor decided to post a photo of the animal on social media. It wasn’t long before the rest of the world caught on.

“Gene Simmons, where were you on or about November 25, 2016?” Taylor posted to the Texas Hill marketing organization’s Facebook page. “Now obviously we can’t serve this fine specimen, we may just keep Genie as we call her, as a mascot for the steakhouse.” 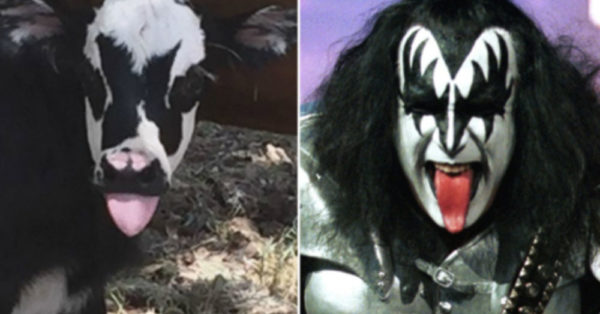 Genie was born on July 28 in Kerrville, about 65 miles northwest of San Antonio, Nina Golgowski of HuffPost reports.

“I didn’t realize how uncanny the comparison was until a friend put the two pictures side by side,” Taylor told Golgowski. “I said, ‘Can I have that picture? Can I use it?'”

Within minutes, the “God of Thunder” himself replied.

Genie has been made a mascot instead of landing on the menu, and in the spirit of celebration, Taylor has also reached out to Simmons, offering the hard rocker a steak. 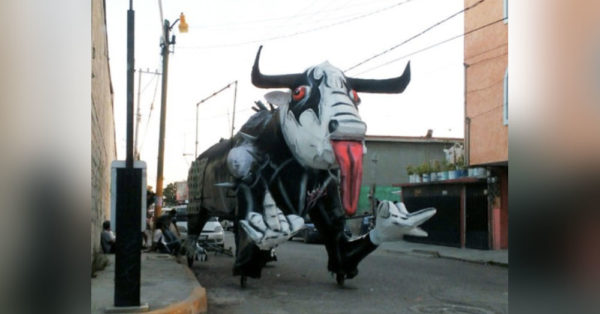 If Genie understands the fate she’s avoided, it’s plenty of reason to “shout it out loud,” but the calf could not be reached for comment.

Genie may be the latest cow to cause a social media frenzy, but a dog named Cena was special enough to deserve a memorial parade and Jeep convoy send off. Click the link below to read more about the passing of this very special veteran.