Circuses are no sanctuary for the animals that are forced to act in them. And while they continue to operate in countries all over the world, a recent example of such cruelty in China’s Fujian Zoo is helping turn the tide of public opinion against animal entertainment.

A young moon bear was being coerced through dance steps in front of audiences at the Fujian Zoo when its trainer, unhappy with the bear’s performance, kicked the animal between the legs.

The incident was caught on video, recorded by an audience member who said the trainer had kicked the bear more than once before the footage was captured. 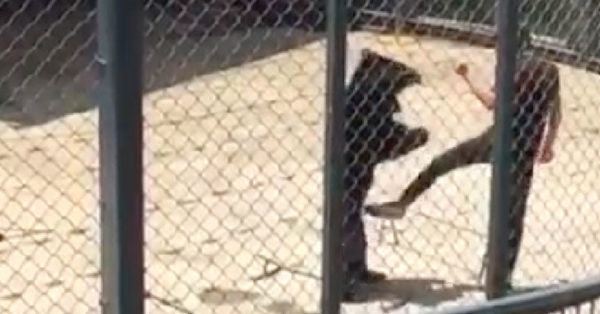 As reported in the Dodo, the young bear was assaulted while handling gymnastic rings, balancing on a ball, and stepping over a number of small obstacles as he traversed the ring.

Fujian Zoo staff maintains that the trainer kicked the bear because he was getting impatient with the animal’s refusal to perform, and he has since been suspended.

“We will also gradually change our training ways,” a staff member can be heard saying in the video. “Traditional ways will hurt animals, more or less.” 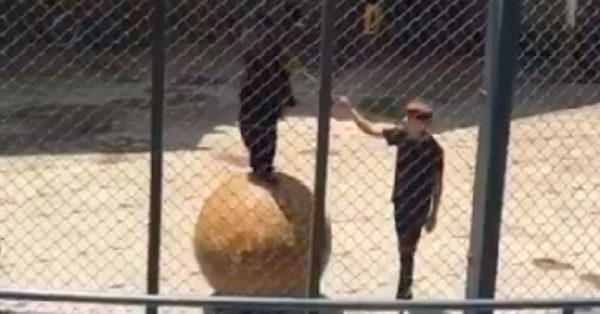 Issues of neglect and abuse at zoos and circuses in Asia are being exposed several times a year, with one of the most recent reports involving a tiger that was dragged by its tail and ears. According to the Telegraph, video footage from the same zoo showed one tiger collared with a metal wire and another that was badly injured.

Chinese zoos were issued a directive from their government to end animal performances immediately on Oct. 26, 2010. As Humane Society International reported, the directive was a milestone but largely ceremonial, as cases of abuse and neglect continue to surface. An article in Animals Asia found animal entertainment productions in more than 39 percent, or almost 100, of the zoos and safari parks their team surveyed in China.

“It’s becoming increasingly difficult for China’s animal circuses to hide the cruel reality of their trade from the public,” said Animals Asia’s animal welfare director, Dave Neale. “The public abhors cruelty and are willing to speak out. The fact that their voices are finally being heard is worth celebrating.”

While animals in Asia continue to suffer in circuses, the fate of those in the U.S. and Europe is sadly no different. Cruelty continues today, even after the closing of the century-old Ringling Bros. Circus earlier this year. Click the button below to read more about the circus tigers currently in peril.