Pet parents who drop their animals off at boarding facilities are most often hoping that the kennel will comfort and care for their furry friends. A recently published video from a doggy daycare in West Michigan shows that assumption may not always be true.

One of the most popular features of Camp Bow Wow is the live web cam that allows animal owners to watch their pets while they’re away. The camera not only catches the animals at play, facility workers make their way on screen from time to time, as well.

Thought maybe they don’t realize it.

A woman who dropped her dog off at the Kentwood facility saw on the web cam what she believes is the owner kicking her dog Newton into a kennel. 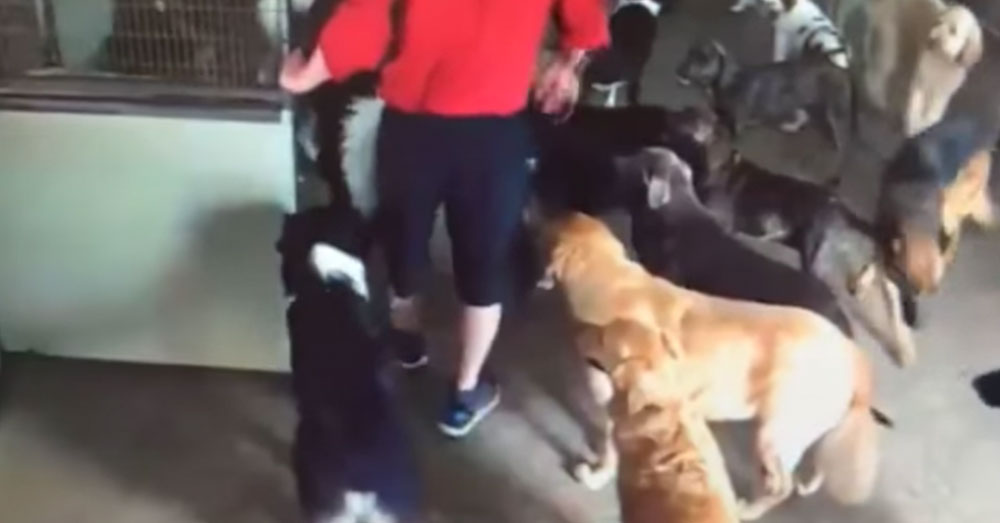 Camp Bow Wow seemingly agrees, and has since removed the franchise owner from working at the location.

“The Franchise Owner has been removed from the Camp Bow Wow system and a Corporate Team has taken over operations,” the company released in a statement attributed to Laurie Windler, Vice President of Operations, Camp Bow Wow. “The health, safety and wellbeing of all pets is of the utmost importance to Camp Bow Wow.”
Kara Nicole shared a copy of the video on her Facebook page, which was shared more than 450,000 times before it was marked private.

Upon questioning the staff, Newton’s owners were met with consternation and denial.

“What [the Kentwood Camp Bow Wow owner] said to me was that we perceive or see it differently than it is in reality,” said Nicole’s husband, Brandon. “I asked, ‘How is that possible because it’s him in a video kicking my dog.'” 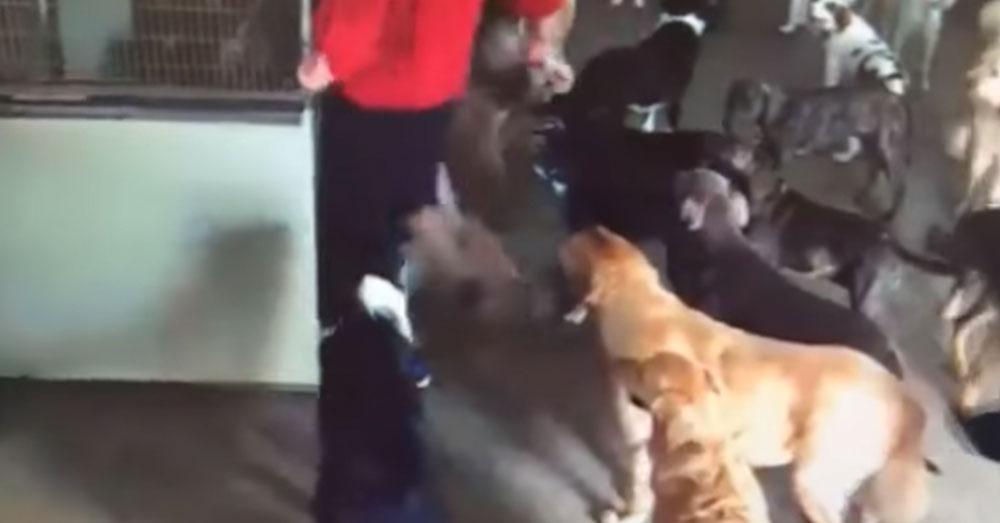 Source: Facebook/FOX 17
The parents of Newton believe the owner kicked their dog into a kennel.

Camp Bow Wow’s leadership is taking Newton’s side, however, and makes no bones about what happened, or did not happen, in the video.

The former franchise owner is now being investigated by Kent County Animal Control, and faces at least a $100 if animal cruelty charges are pursued. 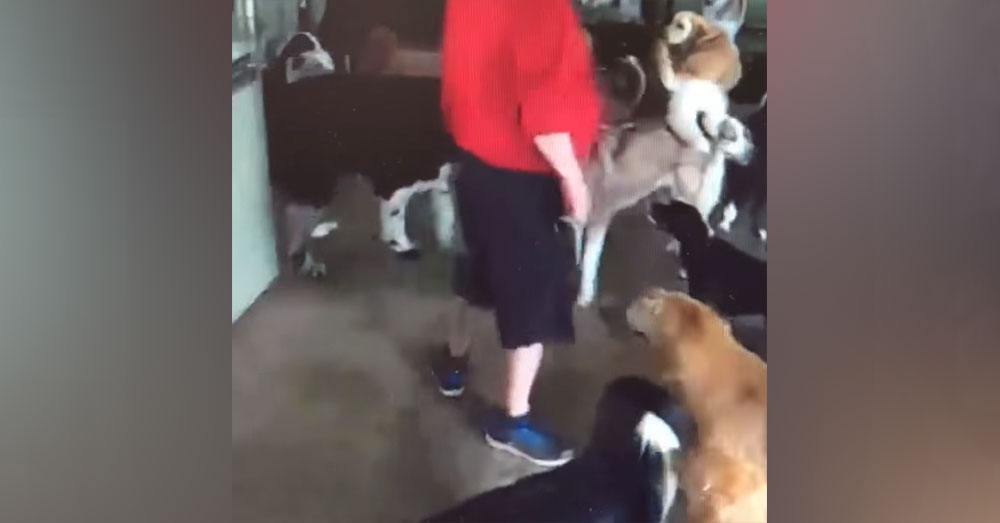 Source: Facebook/FOX 17
Camp Bob Wow has since dismissed the franchise owner of the Kentwood location.

After posting the video, Brandon and Nicole told FOX 17 that other pet parents have come forward, sharing their own frustrations with the Kentwood doggy day care.

“Some of the comments we were getting…they were sending private messages to my wife, like ‘we’ve tried to complain before, but we don’t have evidence.’ This is the evidence to show what he does and what he has been doing,” Brandon said.

If other animal owners see the video and think twice about lodging their pets at Camp Bow Wow, Brandon says, then posting the video was the right thing to do. The couple maintains that they didn’t share the unpleasant incident to bring the company down, rather to inform fellow pet parents.