A message officials in Key West would like all residents and tourists to follow for the safety and wellbeing of the feral chickens that roam free on the island.

Recently, many have fallen ill and it’s due in part to humans feeding them.

While it’s common for the wild chickens to get sick this time of year due to natural occurring bacteria in the soil, the City of Key West posted, “there is a larger than usual outbreak of botulism killing the birds, and feeding them can be lethal.”

Key West Wildlife Center received numerous calls about sick chickens from concerned residents who thought the birds were being poisoned. “These outbreaks occur every year at this time and it comes from a naturally occurring bacteria in the soil that, when it’s activated, is ingested by chickens by drinking muddy water or eating food people put out for them, scattered on the ground,” wrote city officials. “This is yet another reason people should not be feeding chickens. The feeding increases the population and can lead to a terrible death for the birds you think you’re helping.”

The city and wildlife center have been working together over the past decade to reduce the number of feral chickens by rehoming them on the mainland, but need people to help by not feeding the chickens. 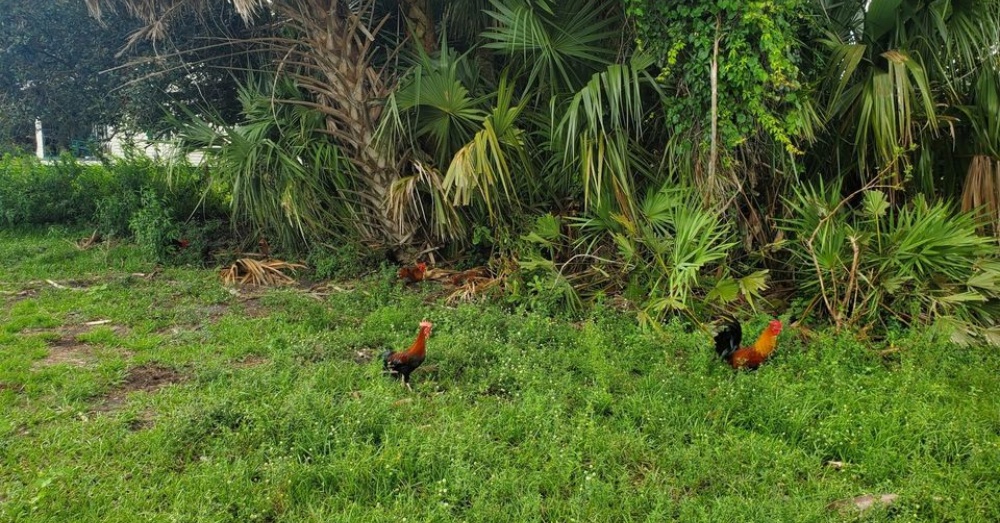 Key West Chicken Rescue explained in a post why feeding the wild birds is hurting not helping them.

The calls continue to come in about chickens found lying on the ground that are too weak to stand with their eyes closed. The rescue is hard at work saving as many sick birds as possible. One woman commented on the rescue’s page, “Just reported one sick at big BBT bank by ATM by Kmart plaza. He is alive. He doesn’t look like it but he is. Was laying down but will get up and walk a bit but lays right back down and put head down. Don’t know how long he’ll hang on or if he will. Thanks so much for trying to save him.”

While people may not mean to harm wild animals, feeding them human food can be deadly.

“They’re doing more harm than good,” Tom Sweets, executive director at the wildlife center told Miami Herald. “They don’t need to be fed. We’ve never seen an emaciated healthy chicken here that was part of the feral chicken population. For some reason, people think they have to feed them.”