This Dog Was Left For Dead In Texas, When All She Wanted Was To Be Loved

A dog is driven out to the forest, led out of a car by a thick chain, and abandoned. Her fate was grim at best, but it was the situation that KD, formerly Claira-Belle, was forced into in early August.

Surveillance footage caught Gorge Spears leaving the dog in an area of Dallas where the practice is all too common, Today reports. Nine hours later, another camera spotted the dog being rescued by the Dowdy Ferry Animal Commission.

She had, by then, gotten the chain caught in thick branches and was unable to move. 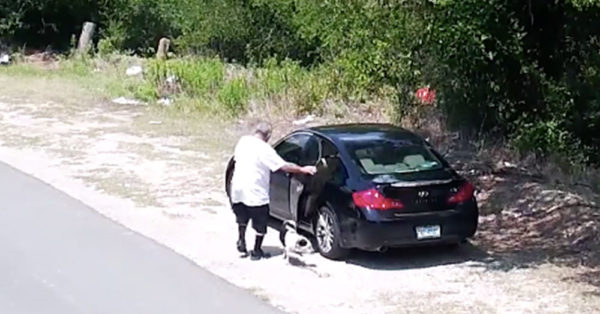 Source: Facebook/SPCA of Texas
Gorge Spears drove a dog out to this stretch of road in Dallas where animals are often abandoned.

A month later, Spears had turned himself into police, claiming the dog was his sister’s and too much responsibility for her to handle. His actions landed him a charge of animal cruelty, however. Abandoning an animal instead of taking it to a shelter is illegal in Texas, as it is through the United States. 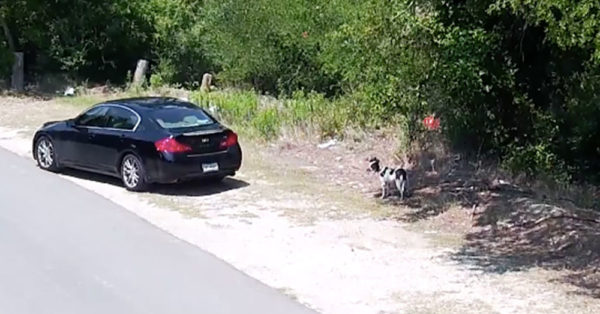 Source: Facebook/SPCA of Texas
Spears was charged with animal cruelty after turning himself in on Sept. 11.

Thankfully, the dog has since been adopted by a loving family. Now called KD, she shows a few signs of separation anxiety. Her new owners say she really just wants to be loved.

“She usually nudges our hand or gives us a sweet kiss on the face to remind us she is there,” Reagan Henderson told TODAY. “All she wants to do is love on people and be loved.”

Henderson and her boyfriend, Zachary San Roman, first met KD on September 9 at the Society for the Prevention of Cruelty to Animals of Texas. They didn’t know much about her life, other than that she seemed like a sweet dog. Two days later, KD was home with them, and Spears had turned himself in.

“She was so sweet; we both knew we had to get her,” Henderson said. 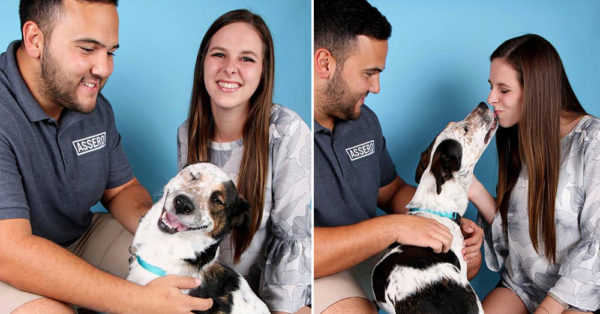 Source: Facebook/SPCA of Texas
Gorge Spears drove a dog out to this stretch of road in Dallas where animals are often abandoned.

The couple have said KD will never see another chain again, which is good news for the dog and a message well received by the SPCA of Texas.

“Her new mom and dad are spoiling her rotten with all the toys and love any dog could ever want,” said SPCA spokesperson Victoria Albrecht. “We’re beyond thrilled that this sweet girl has not only a great home but the best home.”

There is no denying the great responsibility humans have to their pets, but far too many animals are killed every year for the sake of convenience. Click the button below to make a difference and stand up for animals everywhere!