Watch This Kangaroo Try To Use A Family’s Swing, And Try Not To Laugh!

Kangaroos are great hoppers. Apparently it’s swinging they have trouble with.

A recent video from down under shows a rambunctious roo trying to hop onto a family’s rope swing. And trying, and trying.

This merry marsupial had his heart set on the swing, perhaps just to take it for a ride. But physics had other plans. 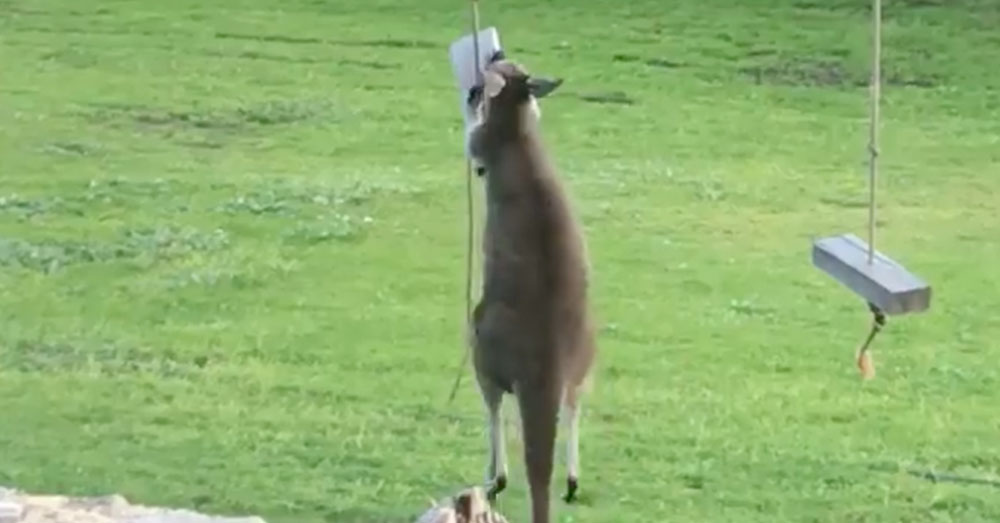 Source: Facebook/Anita Kuhberger
All this kangaroo wants to do is swing.

It’s certainly the funniest, though!

“We have a lot of kangaroos that frequent the property,” she told The Dodo. “I have never seen any of the kangaroos do this before.” 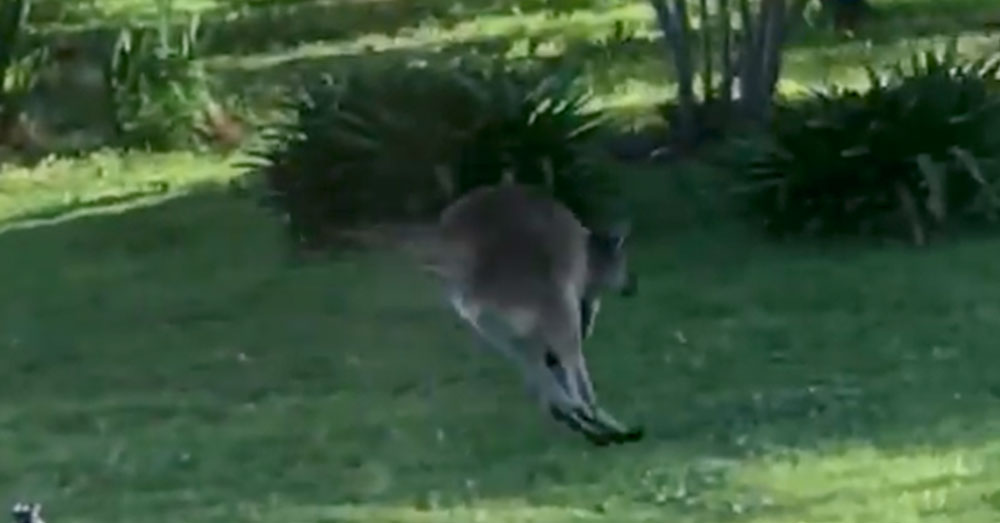 Source: Facebook/Anita Kuhberger
He’s not too discouraged. Maybe he will try again!

Kangaroos are incredible creatures, both in strength and intelligence, though its usually the strength that shines through. Even though this one has questionable smarts, he’s got plenty of heart. Before long, he got back to bouncing.

“After the camera stopped, he still hadn’t finished playing,” Kuhberger said. “He hopped around the yard very quickly a few times, something that I have seen them playfully do before.”

See the hilarious video below!