A little kangaroo joey unfortunately fell into a canal and was unable to get out on his own. Luckily, people saw the poor little guy struggling to stay afloat in the water, and knew they had to act quickly if they wanted to save him.

They used a kayak to get closer to him in the water, but they had to work fast because the tide was soon going to rise, which would make it even harder for the kangaroo to stay afloat. 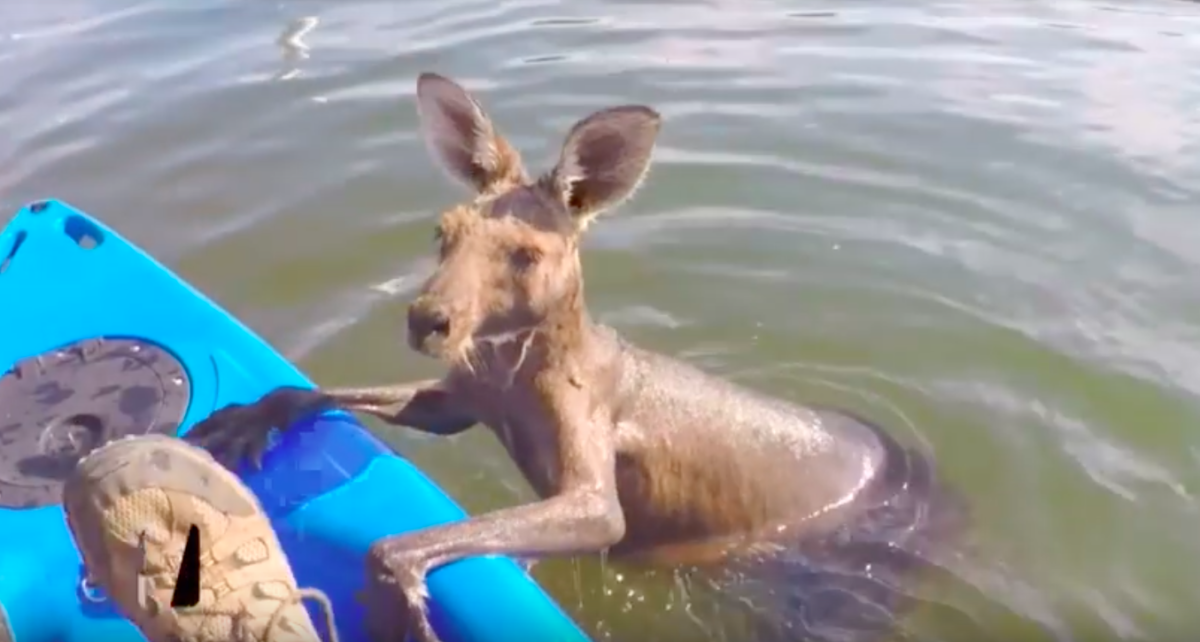 Once they got closer with the kayak, the kangaroo propped his little paws onto the edge of the boat to keep himself out of the water. He was so smart! It’s like he knew they were there to save him! 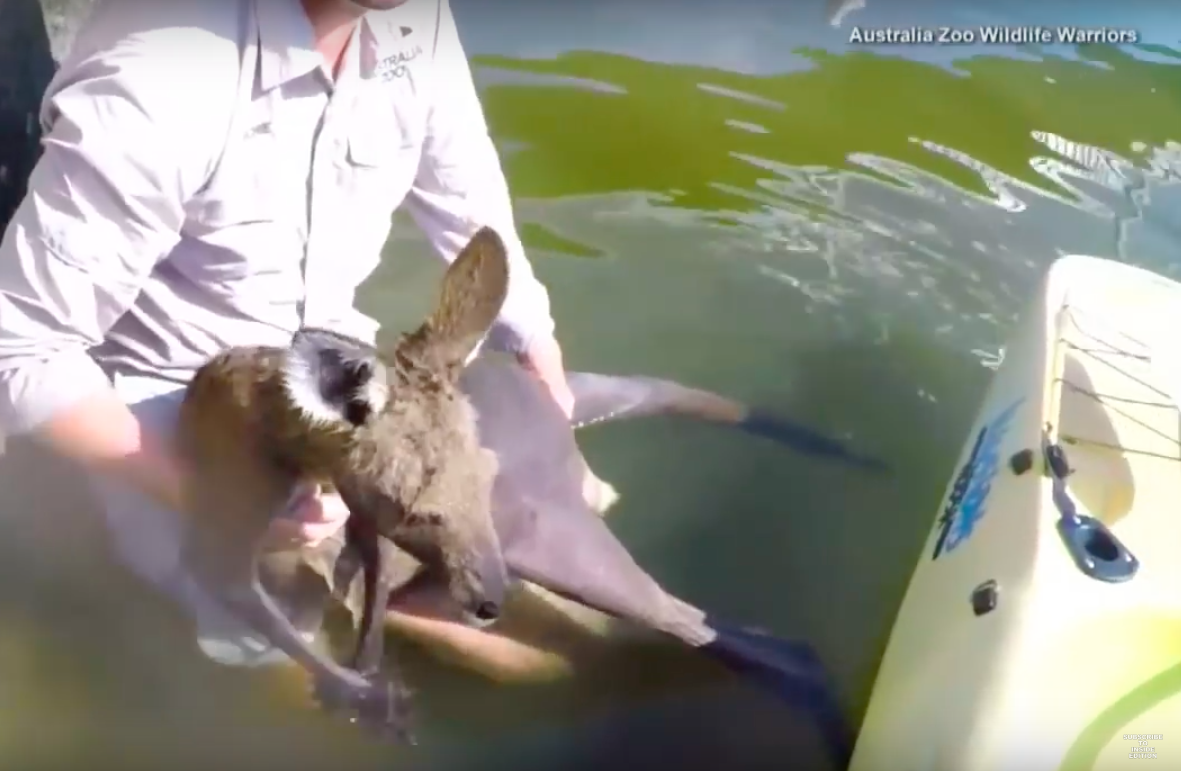 Rescuers then sedated him and lifted him up onto land to safety. Then they washed his feet off with disinfectant and kept a close eye on him until he woke up. 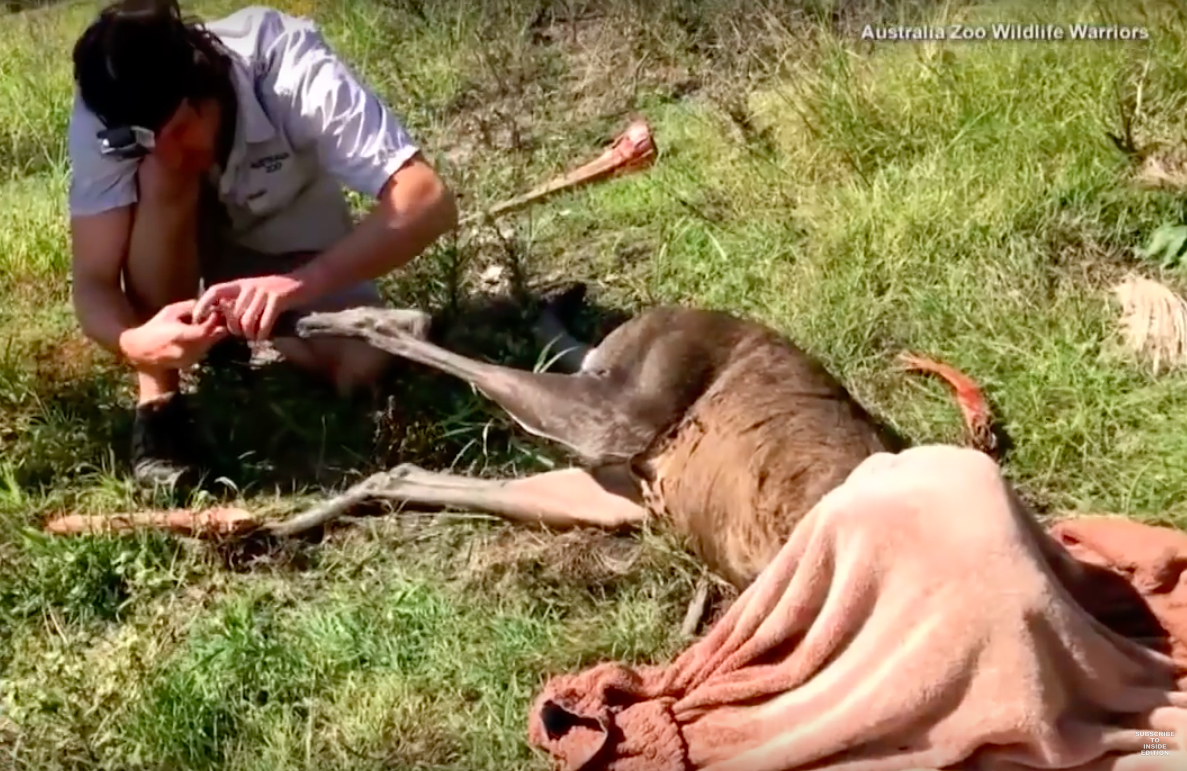 Thankfully he was okay! Once he woke up, he stood up, looked around, and hopped back into the forest to hopefully reunite with his family. He was probably confused as to what happened, but what matters most is that he’s now safe and got a second chance! Hopefully he’ll stay away from canals now! If it weren’t for these rescuers and their quick-thinking, this kangaroo joey could very well have drowned. 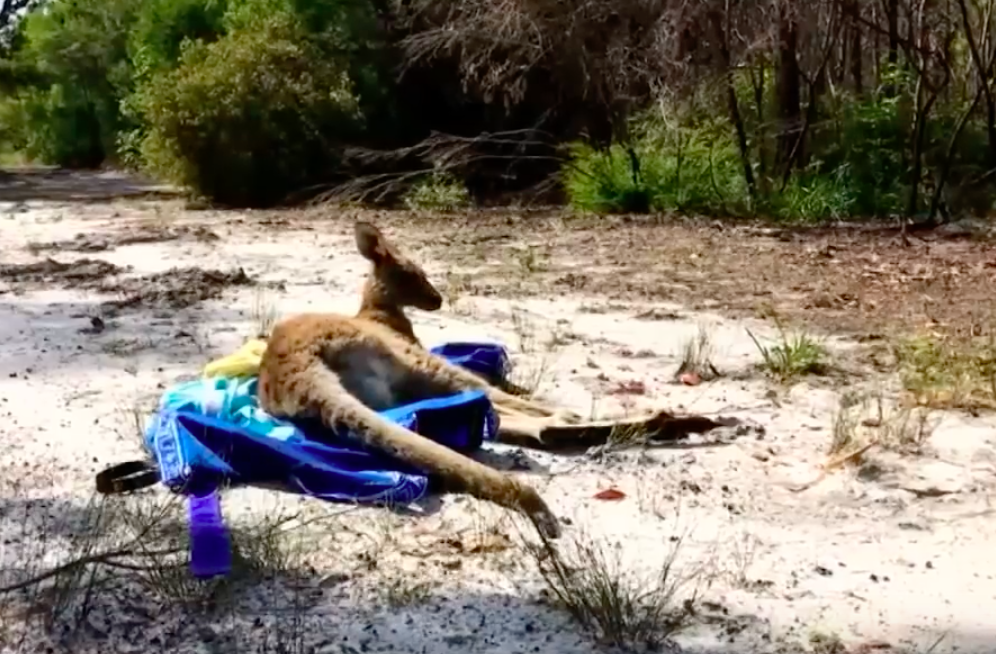 Watch the kangaroo’s rescue in the video below: