A five-year-old girl named Kaleigh Andrews, of Wilmington, North Caronlina, was diagnosed with juvenile rheumatoid idiopathic arthritis when she was two years old.

As an infant, she was never able to crawl like a normal baby would. She would scoot on her butt everywhere, which eventually caused her knees to become very swollen. As she got older, she could barely even walk.

She went to many different doctors, was prescribed a bunch of different medications and has to have her mom administer a shot every Saturday to help her be able to get around more without being in so much pain. 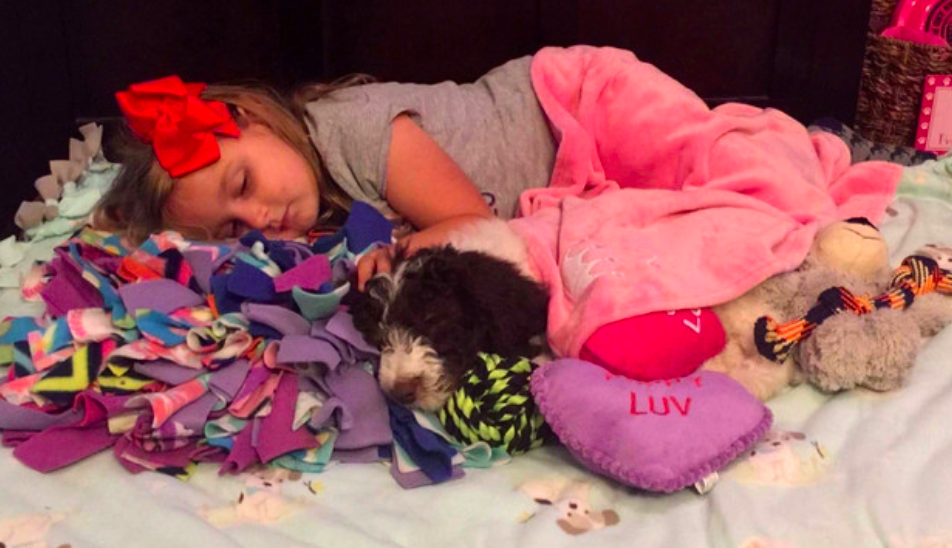 But Kaleigh’s family then came up with the great idea to adopt a service dog for her to help her keep her balance and pick things up for her when they fell.

Enter Bayley, a golden doodle puppy, who is now Kaleigh’s adorable little helper. When the two of them met, it was love at first sight.

When they’re together, they become one, and they’re absolutely inseparable. Bayley not only helps Kaleigh with her everyday life and assists her in getting around, but she also helps put a smile on her face and brings her so much comfort and happiness! Watch them together in the video below: