Dogs have helped human officers fight crime since the middle ages, when village constables kept bloodhounds to keep criminals away. But K-9 “comfort dogs” — brought on to help people process anxiety, stress, PTSD, and other emotions in the wake of a crime — are a much newer concept, albeit one that’s becoming increasingly common in police departments across the country.

In many cases, comfort K-9s also serve as furry ambassadors for the officers themselves, by visiting schools, nursing homes, hospitals, courthouses, and other anxiety-prone places to help boost morale and strengthen ties with the local police force. 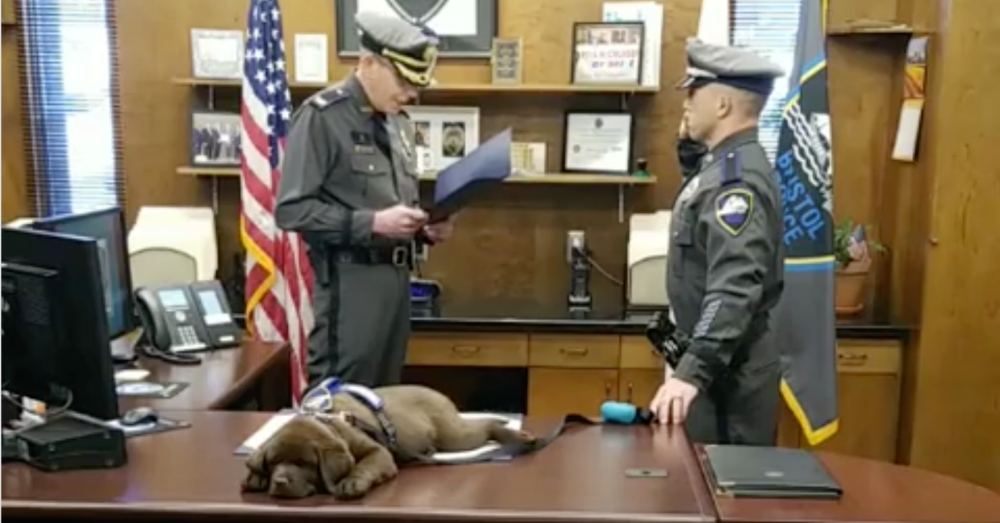 Police officers in Bristol, Rhode Island, became the latest department to embrace the comfort dog trend by welcoming K-9 Brody onto the force. 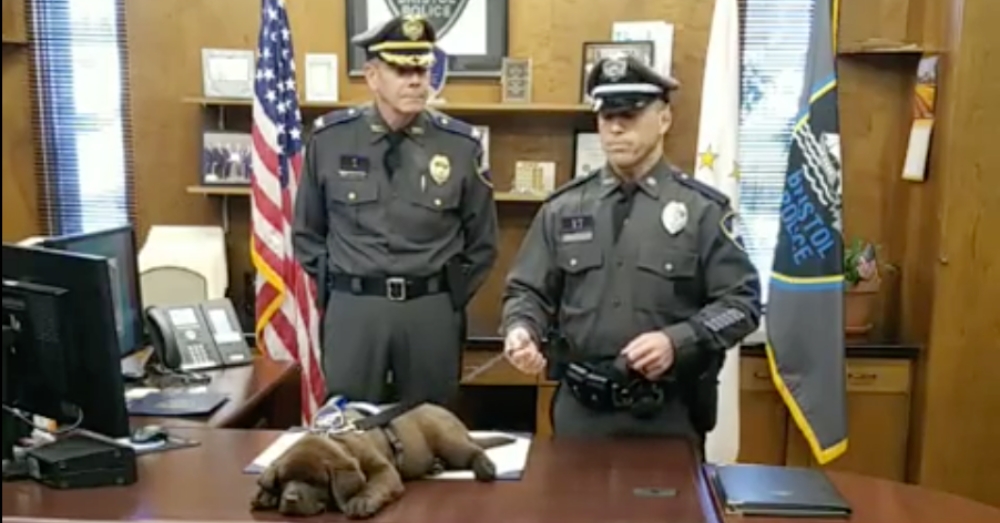 But Police Chief Kevin Lynch remained enthusiastic about bringing a puppy on board, especially because Brody (in addition to working with officers and crime victims) will spend time with local students and nursing home residents as a community ambassador.

“I knew we had a winning formula for the town,” said Lynch of the puppy. “This is a very good example of making a difference. He’s going to be a superstar for the town of Bristol. You can guarantee it.”

But little Brody never woke up to hear these high words of praise from his commanding officer. Instead, he just stretched out into a more comfortable position on his side and continuing napping. The adorable puppy slept through his entire swearing-in ceremony. 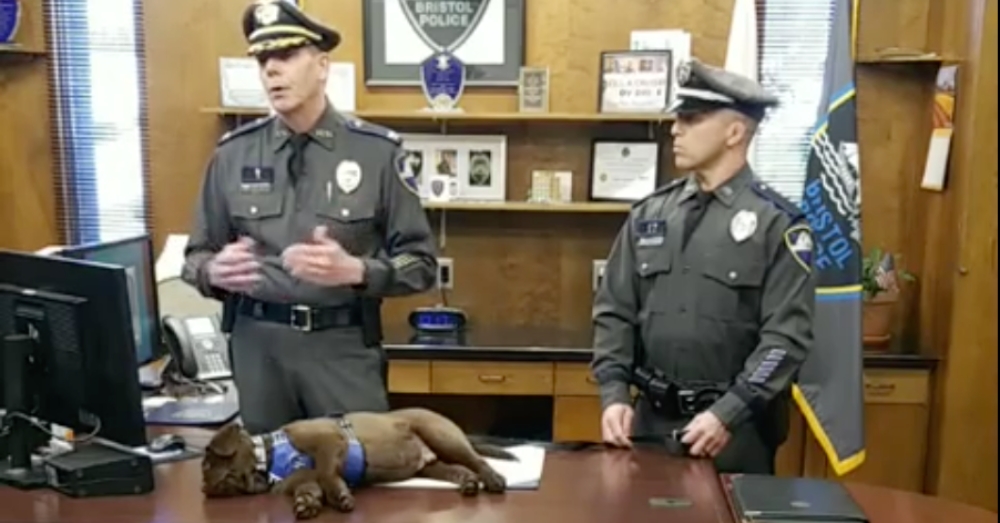 Even so, officers have high hopes for their town’s first comfort dog, who will also help console witnesses during police investigations. In addition to helping stem stress and anxiety in traumatic situations, studies suggest therapy dogs can even help witnesses’ recall improve.

Does your town have a comfort K-9? Tell us about them in the comments!

Watch K-9 Brody’s adorable swearing-in ceremony in the video below!