Video Of Police Officer Punching His Own K-9 Sparks Outrage

K-9s have proven instrumental to police forces of late. Dogs helpsniff out drugs. They can smell bombs and explosives. They quickly catch missing people and criminals . And they don’t think twice aboutrisking their lives to save their human partners from harm.

But one California police officer cruelly rewarded his K-9 partner’s hard work and loyalty with a punch to the face, according to Newsweek. Fortunately, this shocking abuse was witnessed by a maintenance worker who saw the officer repeatedly striking his dog and started surreptitiously videoing on his phone. 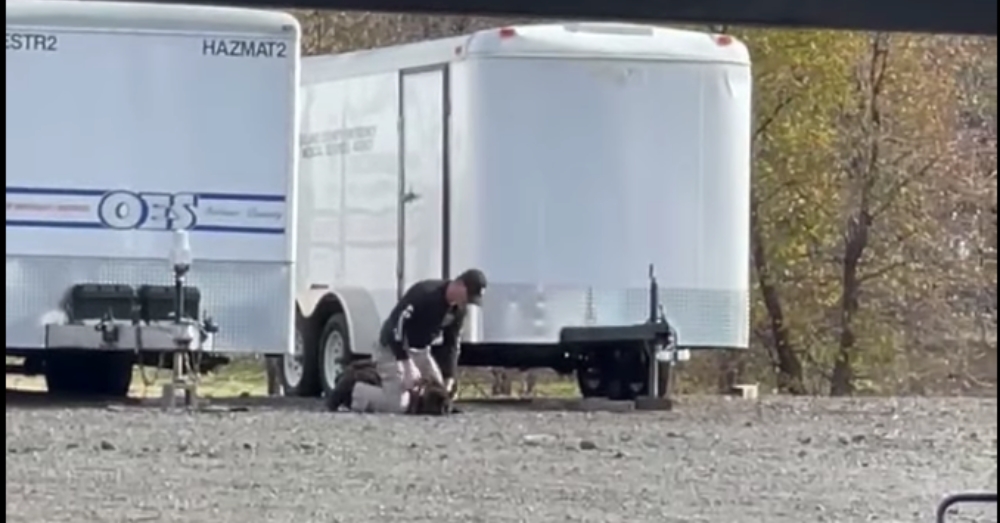 “I was shocked. It got me completely confused. Never seen anything like that before,” Roberto Palomino told The Reporter, recalling how the the officer struck the dog roughly 10 times while animal cried out in pain. “He was beating his partner, his coworker, his best friend,” Palomino said.

Palomino promptly posted his video to Facebook, where it garnered hundreds of outraged comments, made national news, and forced the Vacaville Police Department to explain itself. Police Captain Matt Lydon (not the officer seen in the video) told the San Francisco Chronicle that the officer was simply trying to reassert “dominance” after the 3-year-old dog, Major, allegedly lunged at and tried biting his handler while refusing to give back a toy. 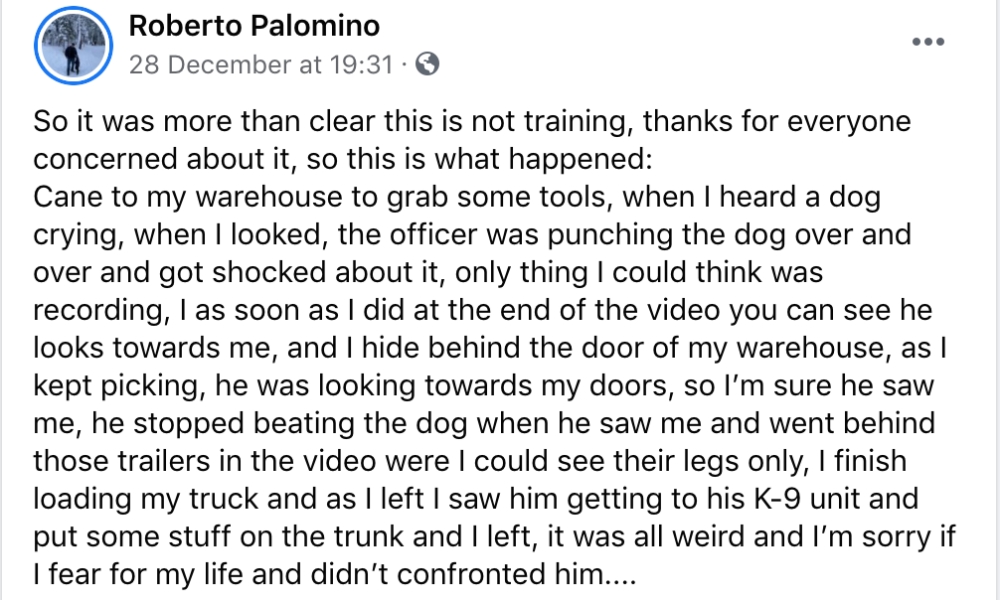 But most people who watched the video (including this writer) disagreed this was a valid reason to punch a dog in the face, especially because the dog’s aggression was probably sparked by his partner’s abusive “training” in the first place. (You can watch the video for yourself at the end of this story, but be warned that the content is disturbing).

“As someone who’s married to a Master K9 Trainer who has trained many police and military dogs, there is no excuse for what was on that video,” one Facebook user commented, according to Newsweek. “I’m sorry but there is no excuse for animal cruelty and from the video I just watched that’s exactly what I see,” another person agreed. 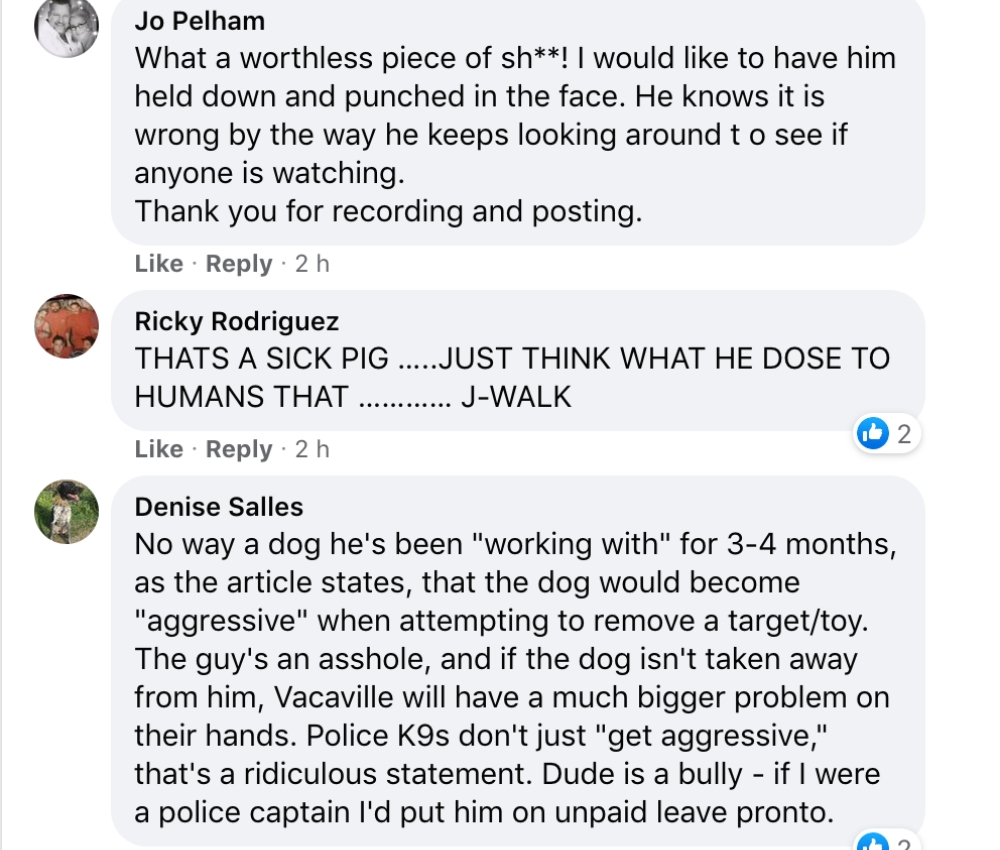 We hope this terrifying incident will force the Vacaville Police Department to reevaluate its K-9 training program and immediately punish this officer. “I just hope the dog’s OK and is removed from him, gets a better partner at least,” said Palomino. We couldn’t agree more!

Find out more in the video below!