Rocky, a rescued dog from Georgia, isn’t really a K-9, but officers were so impressed by the shelter pup’s friendly demeanor that they invited him to join the force full-time.

According to WTOC, officers from the Tybee Island Police Department have partnered with the Humane Society for Greater Savannah to let different shelter pups play K-9 for the day. The novel program raises awareness about animal adoption and, in just a couple of months, has already helped dozens of dogs find new homes. “100% of the dogs that we have taken out to Tybee have been adopted,” rescuer Biz Austin told the station. 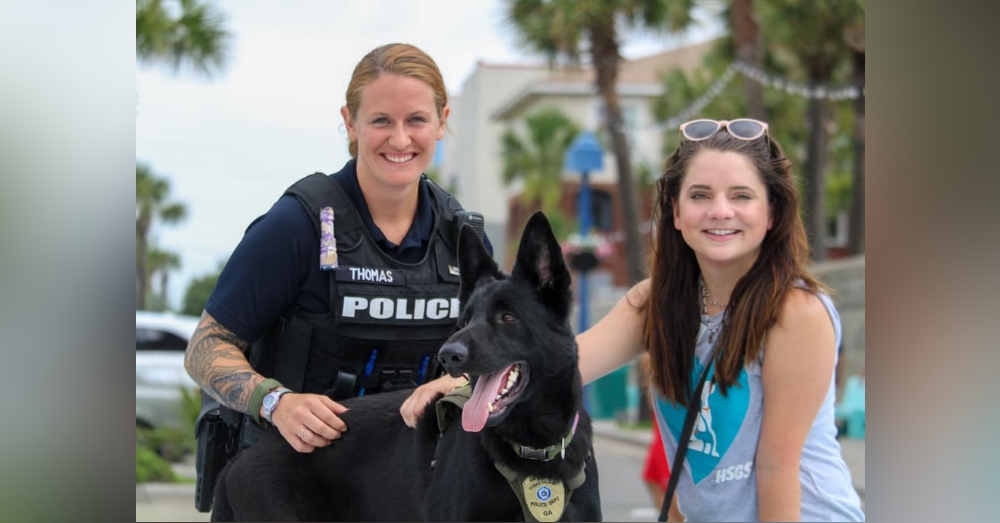 Most of the dogs are adopted by different community members, who meet the dogs on their community patrol. But Rocky is such a good boy that officers immediately knew the friendly black pup belonged with them full-time.

“As soon as he came here to the police department it’s like everything about his personality just clicked with our operations and we knew that we wanted him to live here with us,” officer Emory Randolph said, recalling how the mood instantly lifted when Rocky entered the station. 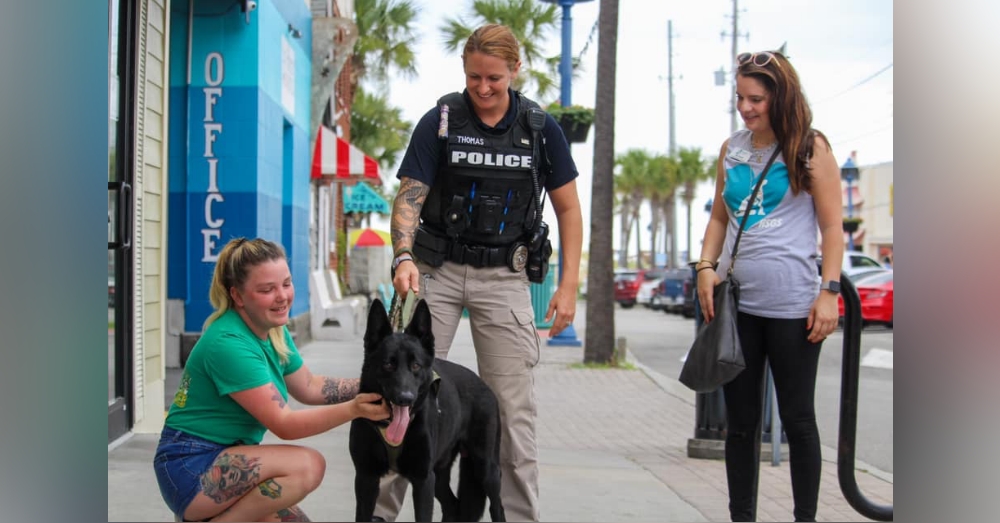 Austin, the shelter worker, could also sense that Rocky had made an impression on officers, so she wasn’t surprised they “texted me and was like everyone loves him, we’re adopting him,” she remembered.

Of course, Rocky isn’t technically trained as a police K-9, so he won’t be joining officers on calls. But there is plenty of demand for an emotional support officer, especially one who can help officers cope with the daily stress of their jobs. The pup, who donned a temporary badge while he greeted people out on patrol, will also serve as a community liaison officer. 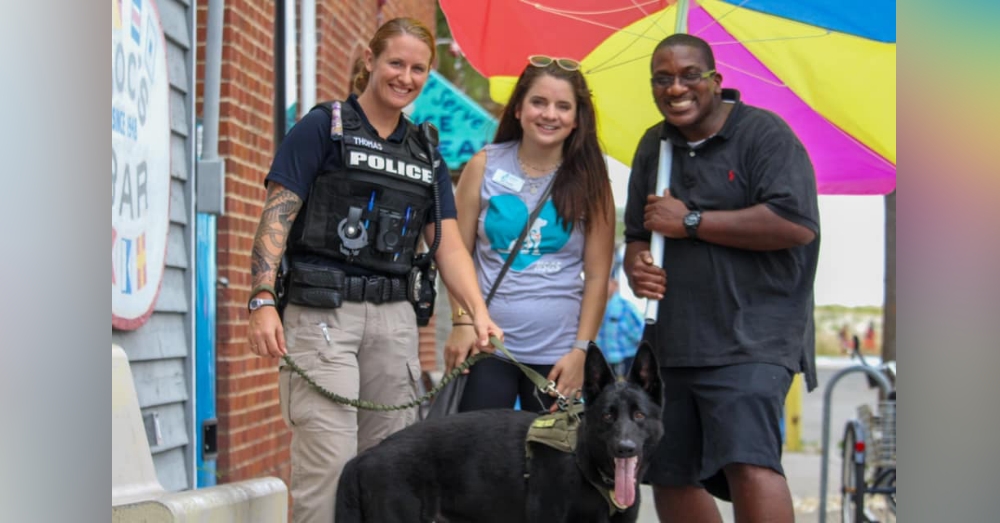 “2020 has been a stressful year for everyone especially for first responders and law enforcement officers,” Randolph said of the pup, who will be living at the station full-time to comfort his brothers and sisters in blue throughout their shifts.

“It’s very important that our officers have an outlet to relieve stress. For them to be able to come, pet him on the head and just kind of forget about the rest of the world for a moment is huge.”

Congratulations, Rocky! We’re so excited about your new job and home!