A loyal K9 Officer saved his handler’s life by taking a bullet for him during a shootout in South Florida.

The shootout took place early Friday after 46-year-old Phillip Oshea allegedly robbed a bar in West Palm Beach. Police officers from the Palm Beach County Sheriff’s Office arrived at the bar and chased the suspect, who crashed his car and began firing shots before fleeing the scene. 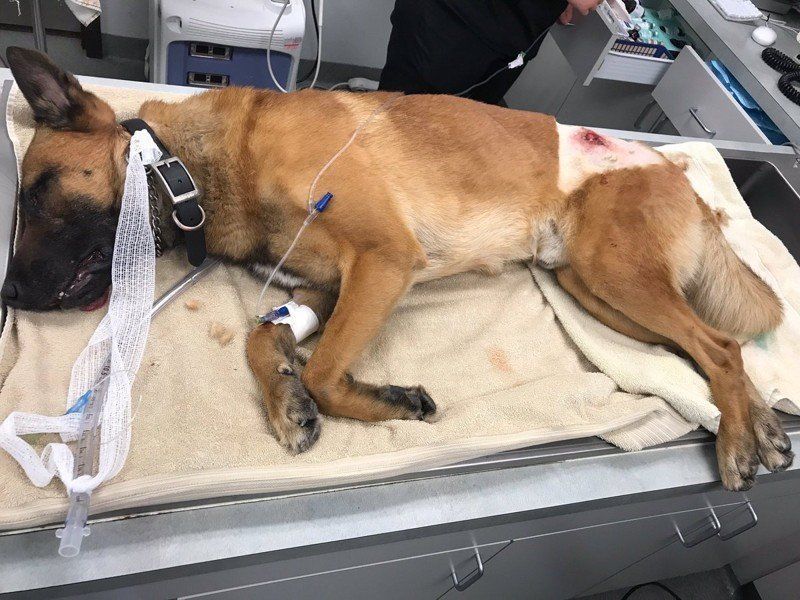 During the gunfight, Casper was struck with a bullet while protecting his handler. Luckily the brave dog survived and is now in stable condition and recovering at an animal hospital. 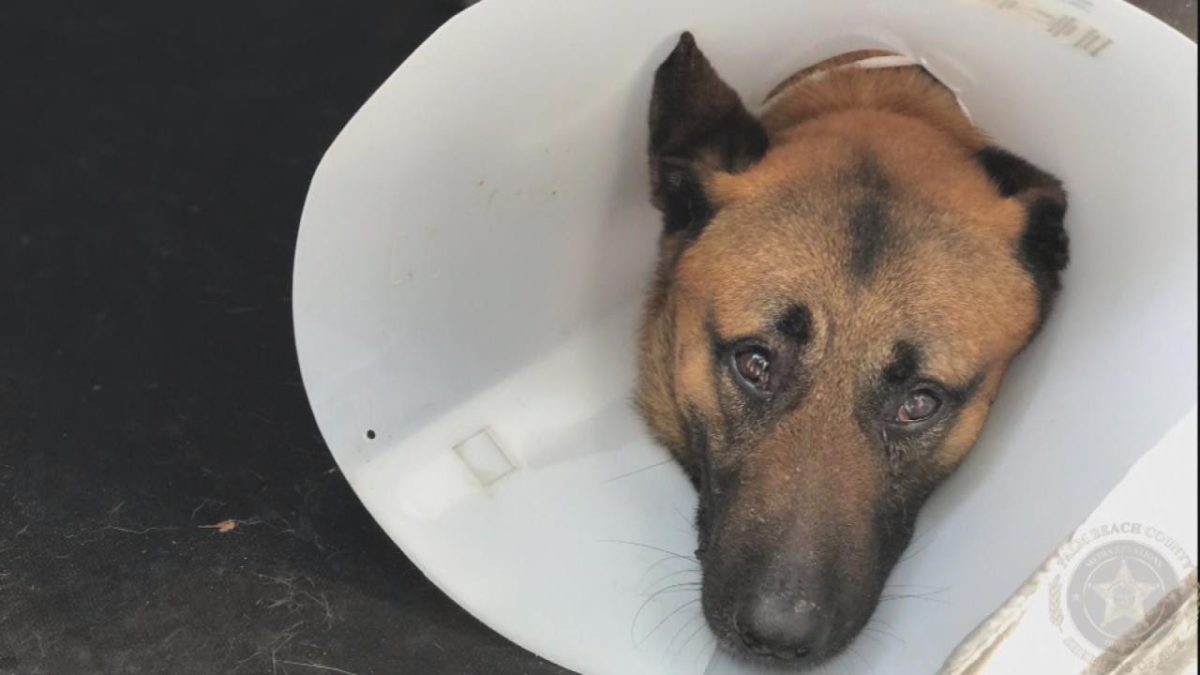 Officers tracked down the suspect after he carjacked a woman. He had an extensive criminal history and was also wanted in North Carolina for robbing a motel earlier this month. He wound up dying amidst the shootout.

No officers were harmed during the shootout, all thanks to Casper! 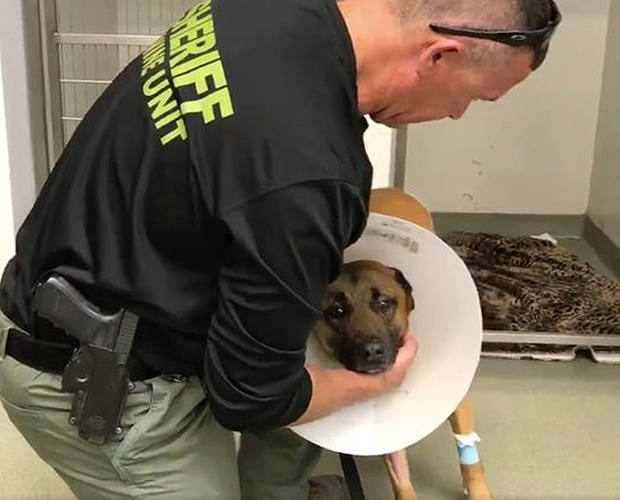 Police officers risk their lives every day to protect our communities. But so do their K9 partners! K9 officers don’t get nearly enough praise as they should. They are trained to assist their handlers in every day duties such as searching for drugs and explosives, locating missing people, finding crime scene evidence, and just like Casper – protecting their handler!