After Years of Litigation, Owner Admits PetSmart Not To Blame For Bulldog’s Death

2018 wasn’t a great year for PetSmart, which repeatedly found itself in the hot seat after a series of seemingly healthy dogs died during or after being groomed in its stores.

One of those dogs was Scruffles, an 8-year-old bulldog who mysteriously died during her grooming appointment. This outrage led her ‘dog mom,’ Danielle DiNapoli, to formally sue PetSmart and found Justice for Scruffles, a viral Facebook campaign that quickly amassed a mob of angry followers accusing the company of gross negligence. 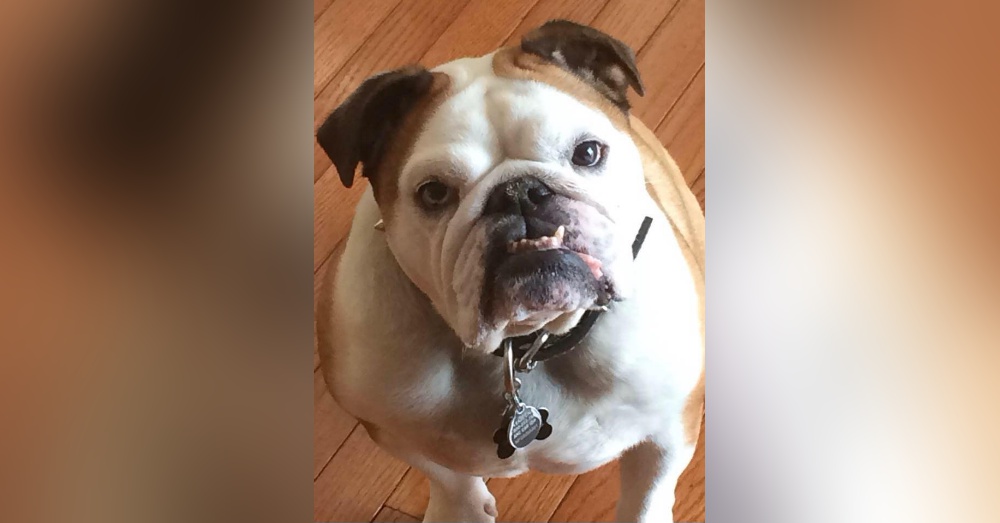 But now, two years after Scruffles’ death, DiNapoli is offering an apology of her own. “I would like to take this opportunity to apologize to PetSmart,” she wrote on the Justice for Scruffles Facebook page. “I never should have said-on television or here on social media- that PetSmart killed Scruffles and for that I am sorry.”

“I appreciate PetSmart’s cooperation in getting me the answers about what happened with Scruffles when she was in their care,” DiNapoli continued. “I have since learned that other health factors caused Scruffles’ death and PetSmart did not kill my dear Scruffles. As a result, I am now shutting this web page down. Thank you all for your kind wishes and support.” 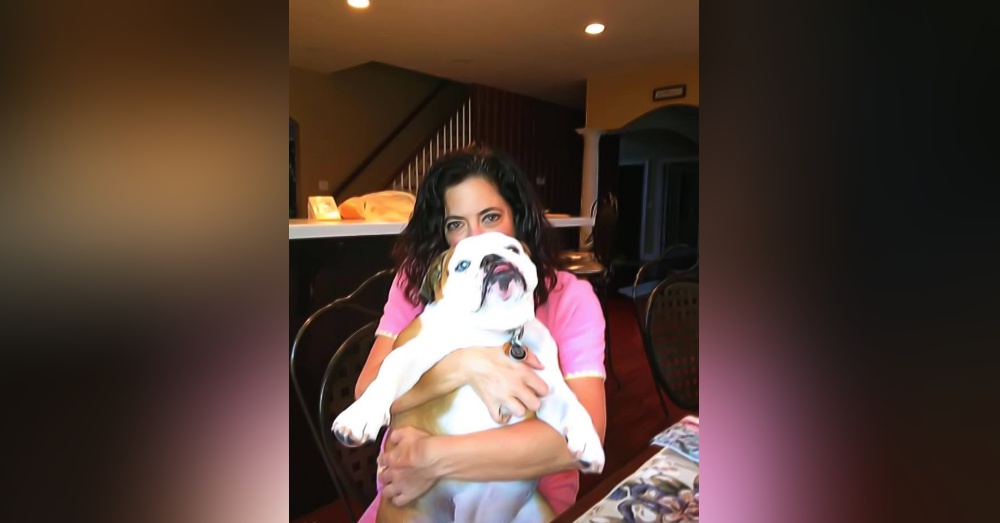 According to New Jersey’s 69 News, DiNapoli and PetSmart had been trading lawsuits since 2018, which is when DiNapoli first sued the chain in the wake of Scruffle’s death. But PetSmart decided to counter-sue, alleging that Scruffles was very old for her breed, suffered from a pre-existing condition, and that DiNapoli also refused to share the bulldog’s necropsy report.

DiNapoli ultimately lost the case, and her settlement demands that she pay PetSmart $30,000 and publicly apologize. Even so, social media remained torn about this strange twist in the case, with some people calling DiNapoli a sell-out, blaming the Internet’s virtual mob judgement, or insisting that PetSmart is still a terrible store. 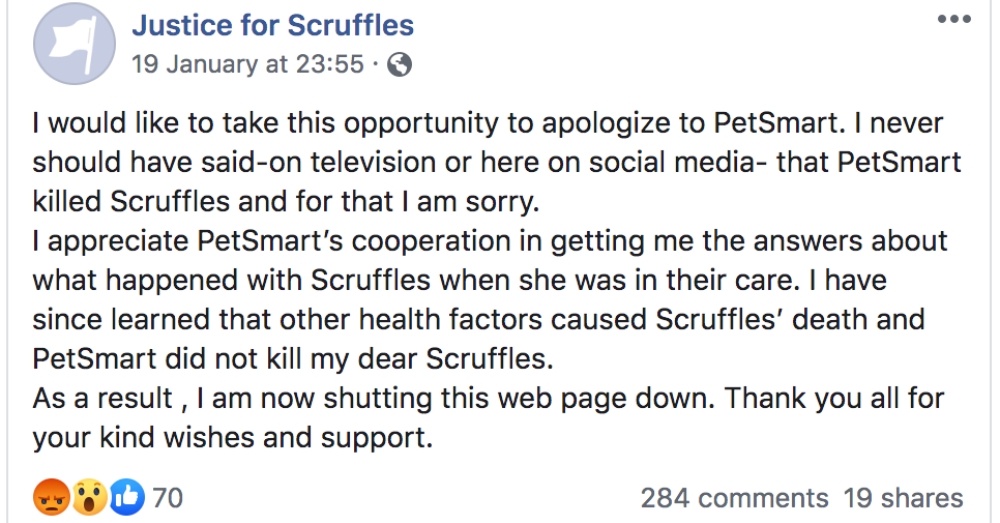 “Aaaaaaaaand this is why people shouldn’t be so quick to put the blame on one person or another. Unfortunately things happen and there’s underlying medical conditions that animals, especially pure breeds, have,” one person commented on DiNapoli’s Facebook page. “Instead of being calm and collected they freak out and put the blame on a person or major company and get settlements.”

“There may have been underlying causes for Scuffles death however, the dog died in their care and let’s keep in mind Petsmart injures or kills hundreds of animals a year all over the country,” another user countered.

“So what health issue did scruffles have?” a third person wondered. “After all this time it’s now health related?! Something is not right.”

What do you think about this unexpected development? Let us know in the comments!