On May 17, 2017, volunteers from Rescue Paws Curacao Foundation, an animal rescue organization, were walking over a bridge when they spotted a stray dog who was extremely underweight with scabies all over his body.

Rescuers immediately took him to the vet, where they learned about his plethora of issues. He had a dislocated hip, which they assumed was from an old traffic accident. Living as a stray, it was never treated, so he has been walking around in pain for a long time. 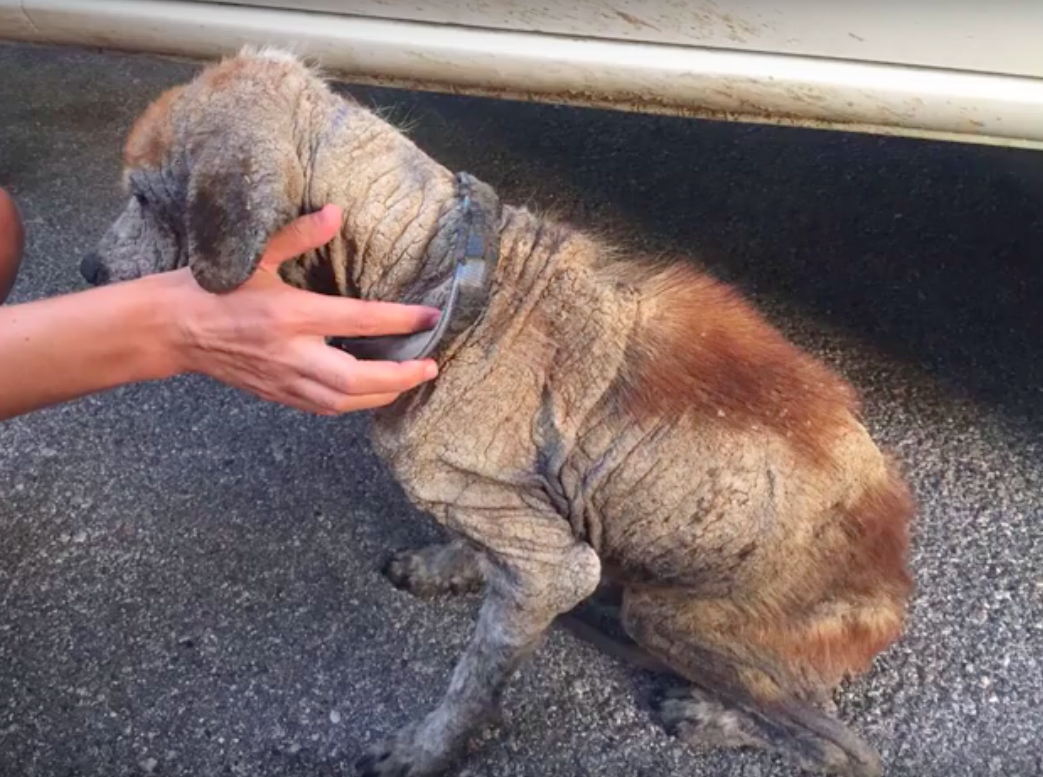 He was missing teeth and many of the ones he had left were damaged, most likely from chewing on a chain or eating little stones from being so hungry. The vet sent him to his foster home with many different medications to help him heal. 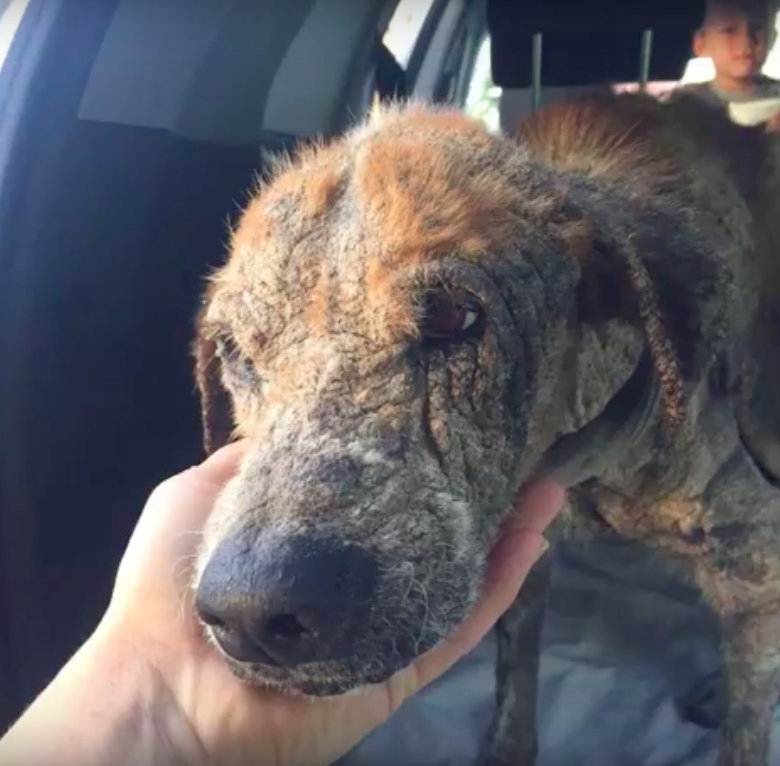 The vet estimated him to be around nine years old. In all of these years, he had never felt love or knew what it was like to live a life like a dog should. Because of this, he still wasn’t fully trusting of humans. He met his doggy foster brother, but wasn’t very trusting of him either. It would take time for him to heal, not just physically but mentally as well. 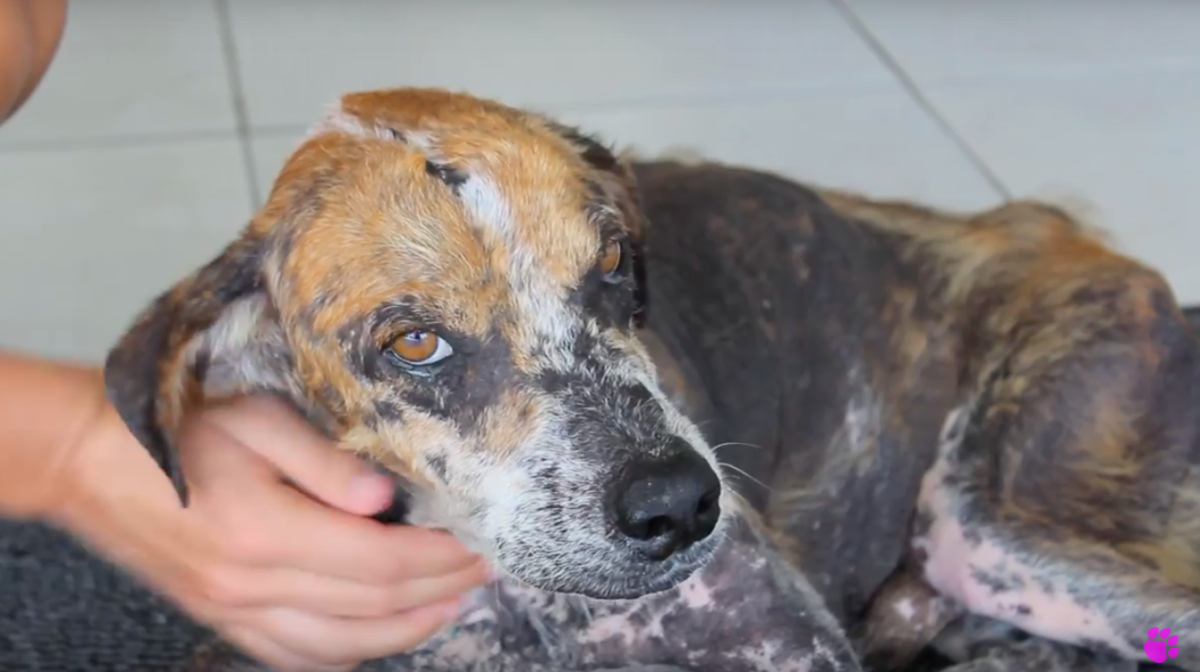 At first, Jules’ fosters weren’t so sure he’d make it. He was in really bad shape and wouldn’t even eat. But as the days passed, he finally began to eat. And once he started, he never stopped! As time went on, he gained weight and his fur started to grow back in. 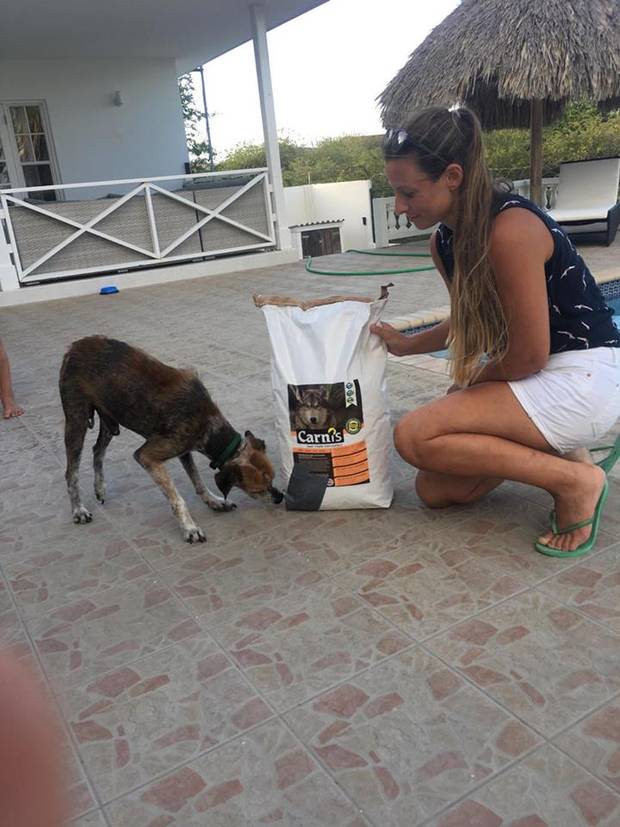 Once Jules was healthy enough, he needed surgery to fix his dislocated health. The surgery went well, but it was a long road to recovery. He needed physiotherapy and eventually he started to gain muscle back. 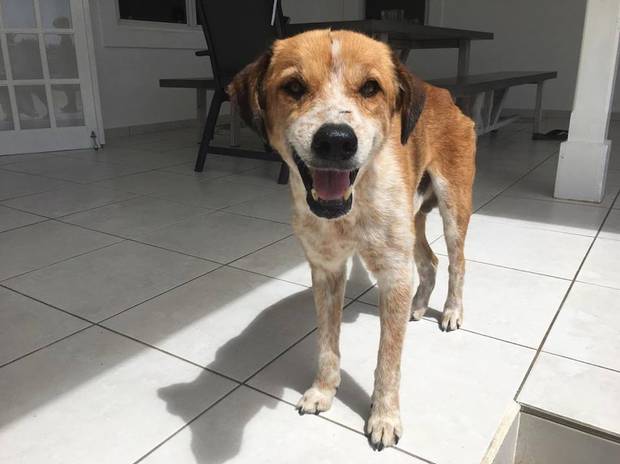 He also developed social skills and became much more outgoing. He allowed people to pet him and he broke out of his shell. He loves getting attention now and also loves playing with other dogs. And most importantly, he is finally no longer in pain! Thankfully Jules was adopted into a loving home where he will happily live out the rest of his life.

Watch his rescue and transformation in the video below: