18-Year-Old Dog Is Left Homeless After Her Human Passes Away, See What A Shelter Does Just For Her!

Julep, a sweet 18-year-old dog, was suddenly homeless when her human passed away. There were no friends or family to take her in so she was surrendered to a shelter. 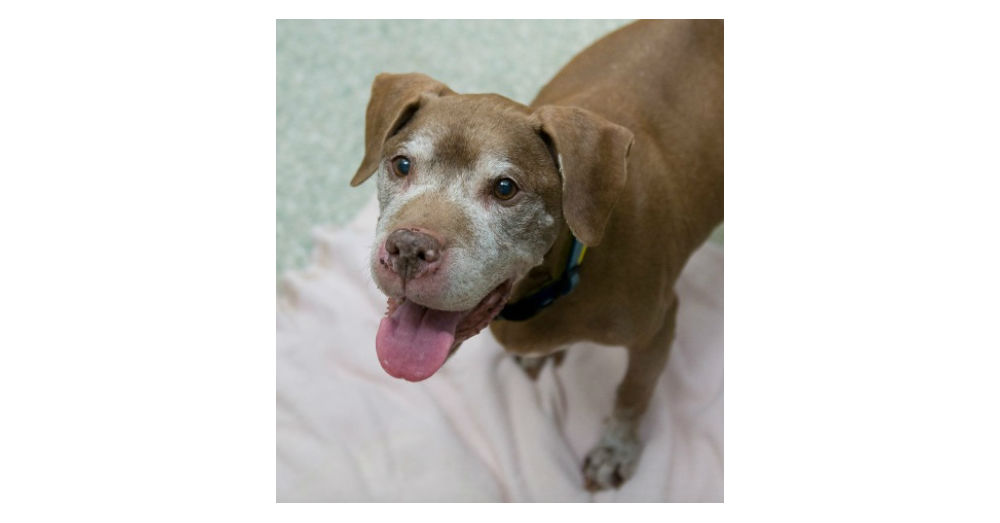 The Humane Rescue Alliance (HRA) in Washington D.C. gave Julep her own private kennel and did their best to make her feel safe and loved. They filled it with lots of blankets, and lots of toys, but of course, it wasn’t a substitute for an actual home. 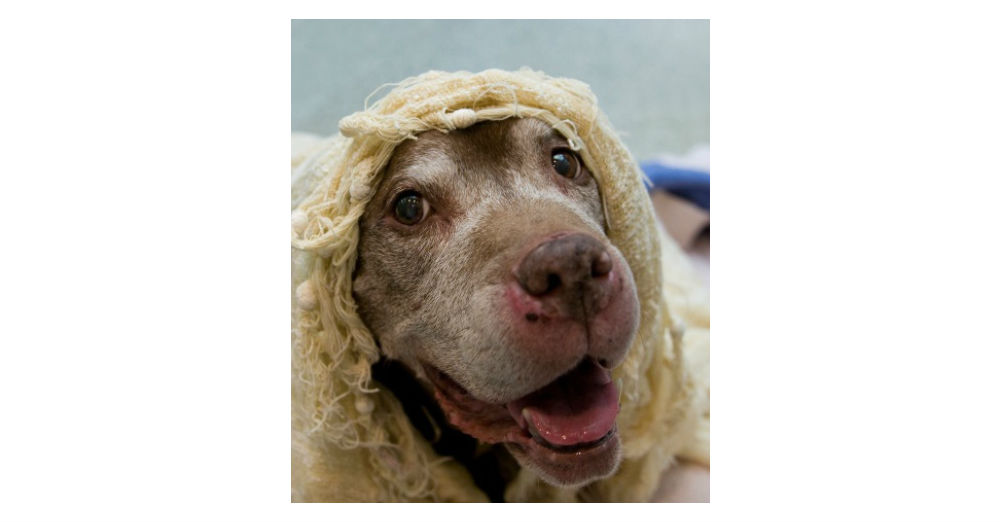 Senior dogs are particularly hard to place and at 18, well, that would be even harder. At Julep’s age, finding her a home would be extremely challenging so HRA got creative. They took to social media. And boy, did it pay off!

The Facebook post was seen by Wayne Lerch, a man who recently lost his Pit Bull at 11 years old. When Wayne saw the post, he headed to HRA to meet Julep. AND… It was love at first sight! 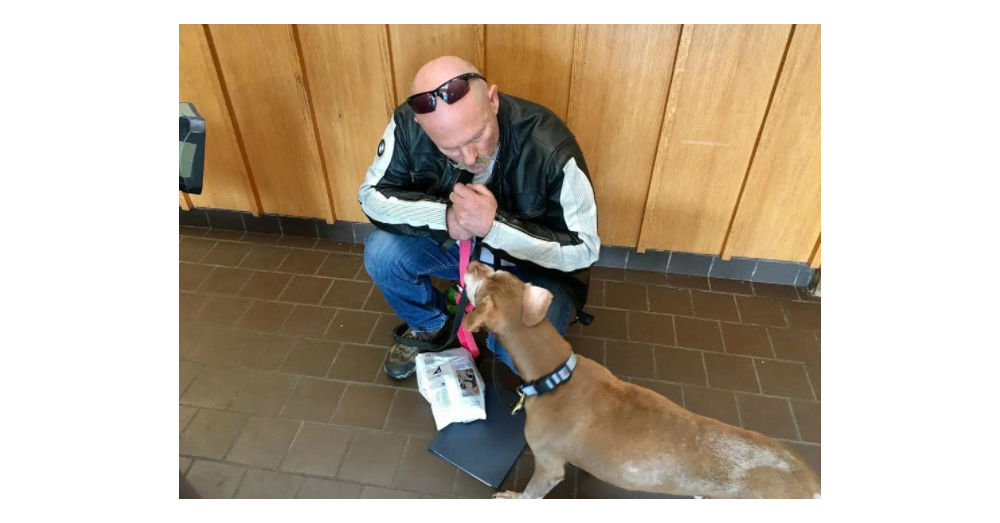 “It was pretty quick,” Matt Williams, the senior director of communications for HRA told The Dodo. “There was no doubt. He felt that when he saw the right dog, he would know it. It just kind of hit him that this dog may not be around very long, and needs to spend her golden years in a home, rather than in a shelter.”

“You could tell that Wayne was used to be being around older dogs. Julep likes to bark, especially when she doesn’t have a treat in front of her. But that didn’t phase Wayne at all. He just gave her a treat, and they were best friends,” Williams added.

“I think he feels lucky to have her, which says something about him.” 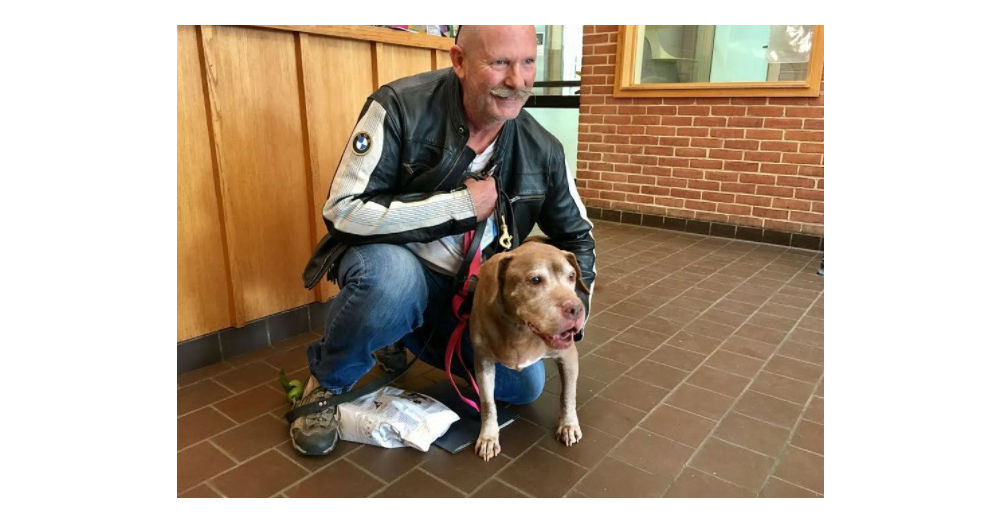 Once in her new home, Julep slept til 10:30 the very next morning. She was finally in a quiet place, without all the barking dogs and the uncertainty. At 18 years young, Julep thankfully found the perfect forever human to grow “older” with.

See Julep leave the shelter with her new dad below! A total match made in heaven!