Some things just go together like peanut butter and jelly and Jukebox and Agatha.

A male pit bull named Jukebox and a female named Agatha bonded after meeting at the shelter. They were kenneled together to make room for other dogs and shared the same bed, even though two were provided. The shelter knew the pair needed to find a home together, but finding a family that would adopt two dogs is difficult. 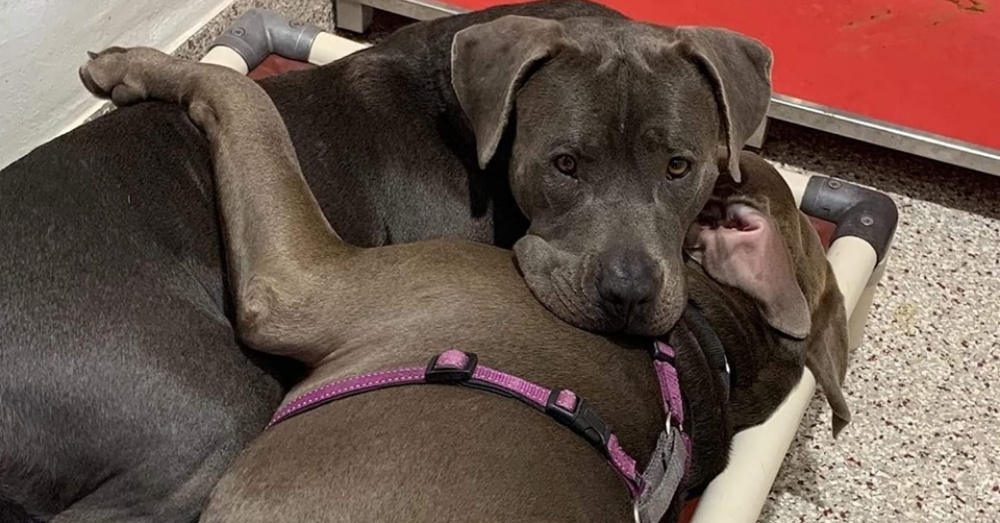 Finally, a couple saw the dogs online and had to meet them. Erin and Ubaldo arrived at the shelter to meet Jukebox and Agatha. They recently lost their dog and were wanting to bring another dog into their lives, but would end up with two. 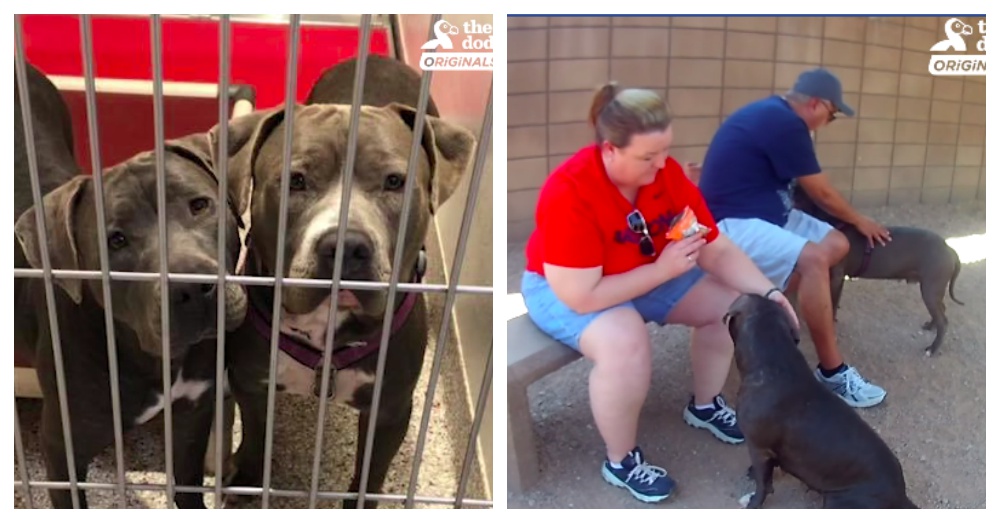 The couple met Jukebox and Agatha and were captivated by their bond and friendly demeanors. It was love at first sight. They adopted both of the pups and the shelter’s staff was ecstatic. The pitties were loaded into the truck and took their freedom ride to their new home. 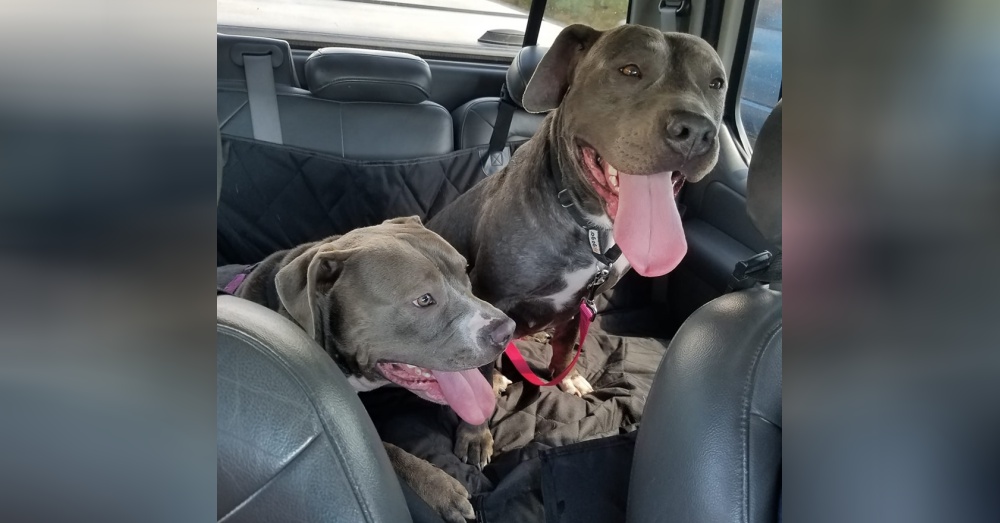 Erin said, “Keeping them together was the right thing to do.” Nikki replied, “When we see a pair get to spend the rest of their lives together, like these two, it is everything.”

As soon as the pups were set free in the home, they never stopped wagging their tails. They were finally home. Jukebox and Agatha are still inseparable and share toys, a bed and even drink out of the water bowl at the same time. 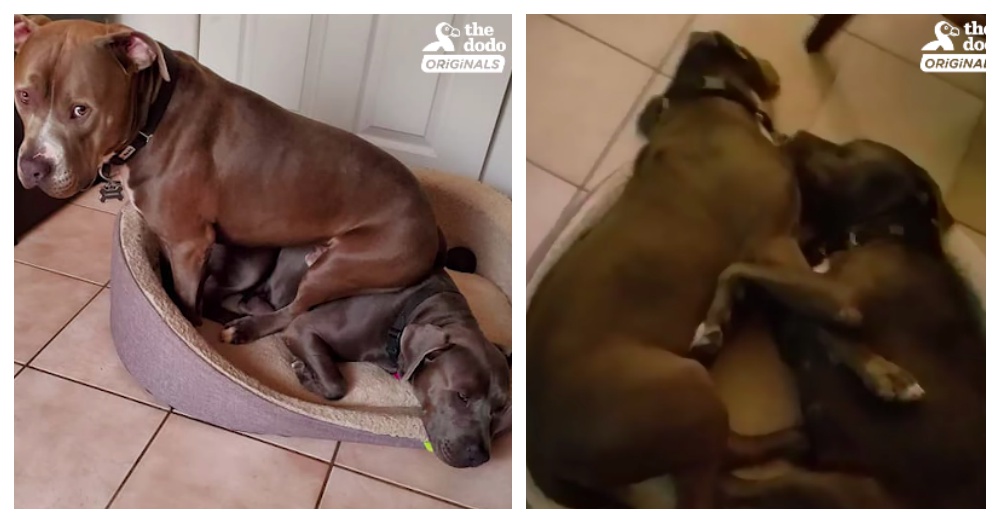 “I just don’t know how to explain it – it is an incredible bond.”

Jukebox is a bit shy but feels safe when Agatha is around. “They seem to keep each other calm,” said Ubaldo. 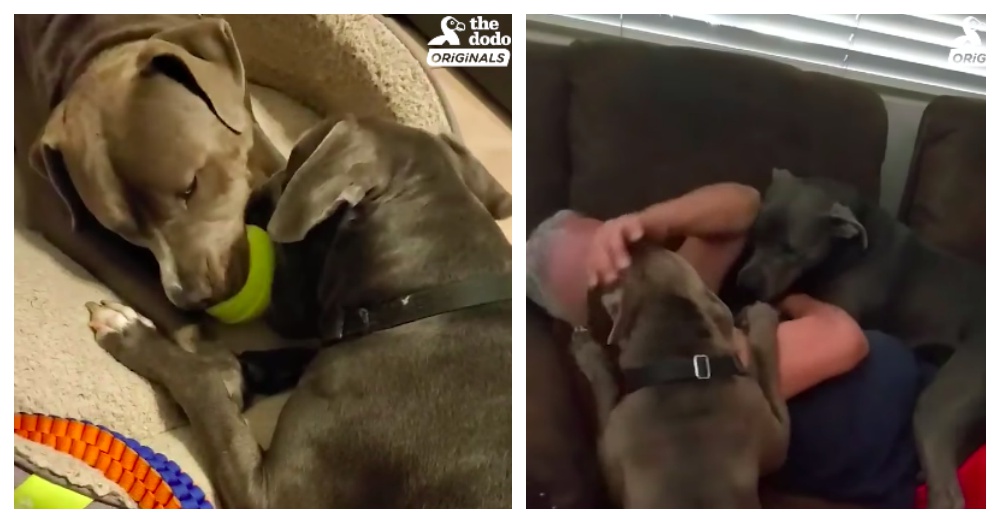 Their new parents adore them and said, “Don’t know what they’ve been through, but we will make the rest of their time like this (pure bliss).” 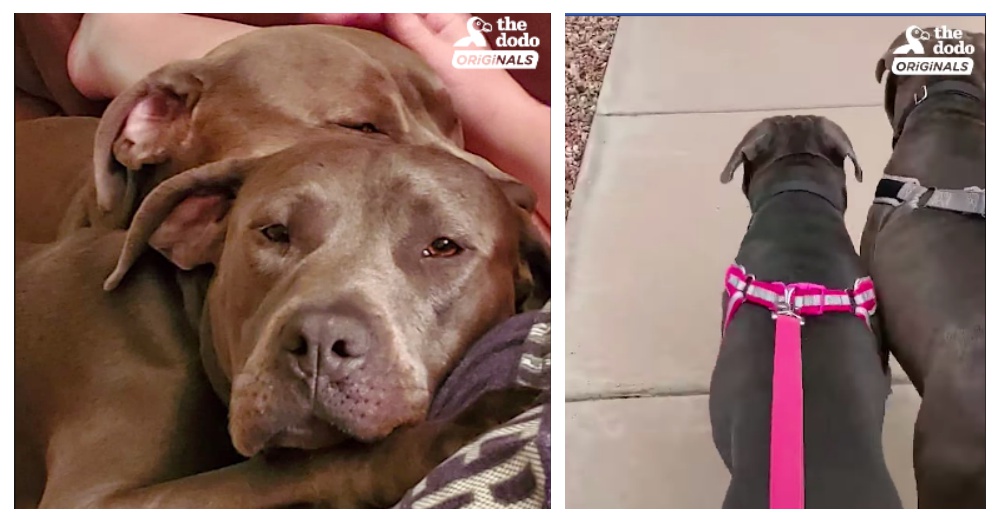 Erin said, “I feel like they are always touching,” as the two cuddled together on a bed. Keep up with the adorable pair on their Facebook page. We have so much to learn from animals and one thing is how to love unconditionally.

Watch the amazing adoption in the video below and consider adopting a bonded pair. Adopt don’t shop!

Shelter Dog With A Hidden Talent Is Looking For His Forever Home: Click “Next” below!