Woman Seeks Rescued Dog To Cope With Depression. Never Expected So Much Love in Return

A couple of years back, an Auburn, New York, resident found herself going through a difficult time. “I was praying to find joy in my life,” says Jennifer Wright, who nevertheless found herself struggling to overcome a “dark cloud of depression.”

The symptoms were so debilitating that Wright and her husband started discussing the idea of getting a dog, which are known to help ease depression, anxiety, stress, and even bolster your overall health, according to multiple studies. 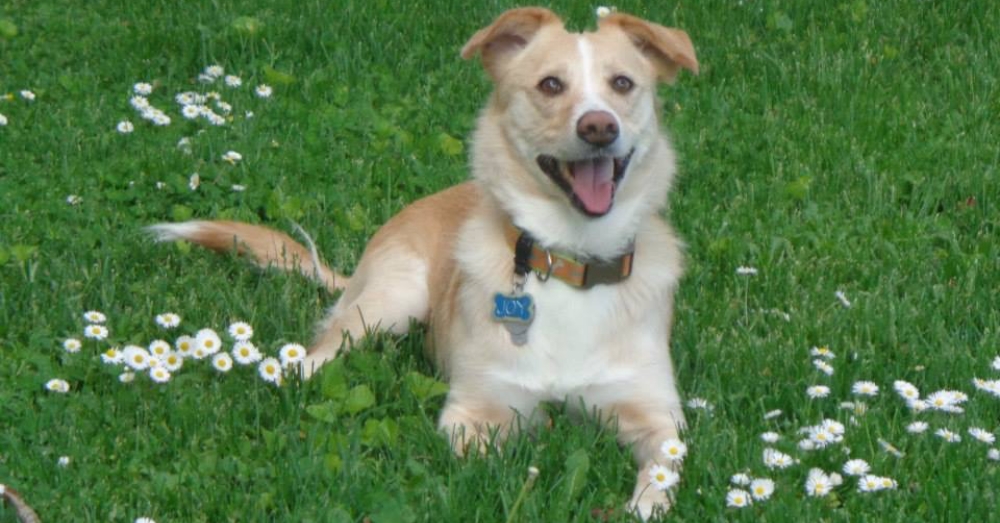 “My husband thought it might be just what I needed,” Wright explained to The Animal Rescue Site. “But at the same time, we wanted to rescue a dog. We wanted to be what a dog needed, too.”

The couple’s discussion led Wright towards Petfinder, where she quickly found the perfect animal. Like Wright herself, this poor creature had suffered some hard knocks, but always managed to overcome them – even after being hit by a truck and left for dead. 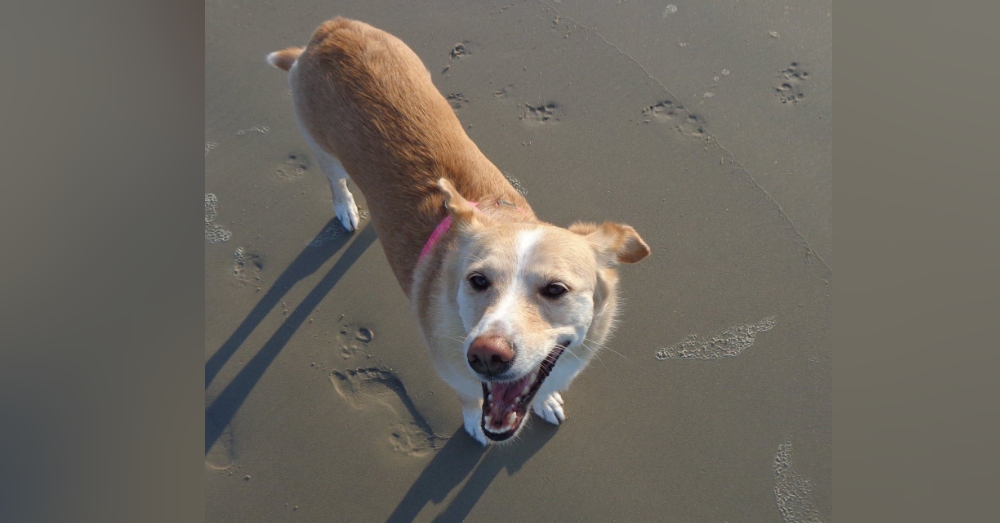 Even after finding herself at a local animal shelter, the dog’s travails were far from over. Despite deep lacerations and a broken leg, staff had simply locked the wounded creature in a cage. They seemed to be waiting for her to die.

Fortunately, the injured animal was saved just in time by an upstate New York animal sanctuary, Susie Q Dog ResQ, which was founded to help homeless animals in the wake of Hurricane Katrina. 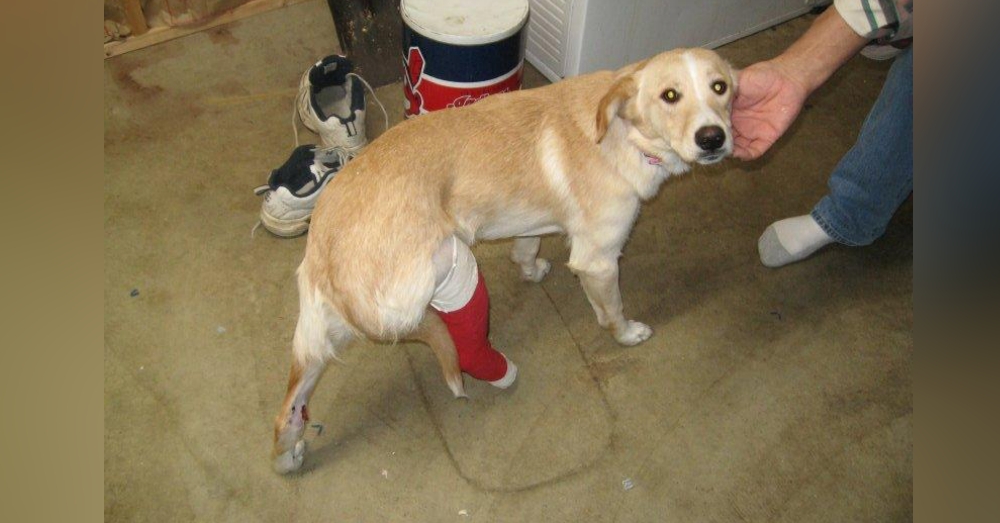 The rescue brought this poor creature home, treated her cuts, set a bright pink cast on her leg, and nursed her back to health in foster care. When the dog was finally ready, they posted her picture on Petfinder, which instantly grabbed Wright’s attention.

“When I saw her picture, I fell in love immediately,” says Wright. “This poor girl had been through so much in her young life. She had been running from who knows what type of situation and was hit by a truck and left for dead.” 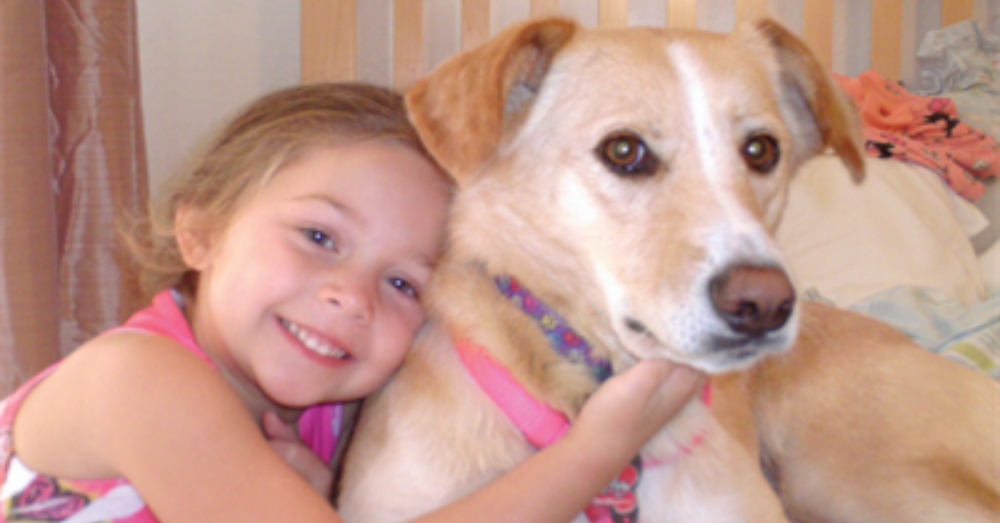 Foster volunteers warned the dog would require some TLC throughout her recovery, but Wright was prepared to shoulder the extra burden. “I was ready to take care of her,” she says. “As much as she needed me, I needed her.”

Over the coming months, the pair would nurse each other back to good health. Moreover, the dog maintained such a cheerful attitude throughout the ordeal that Wright decided to name her Joy. “It’s perfect,” she says. “My prayers were answered. I found my Joy.” 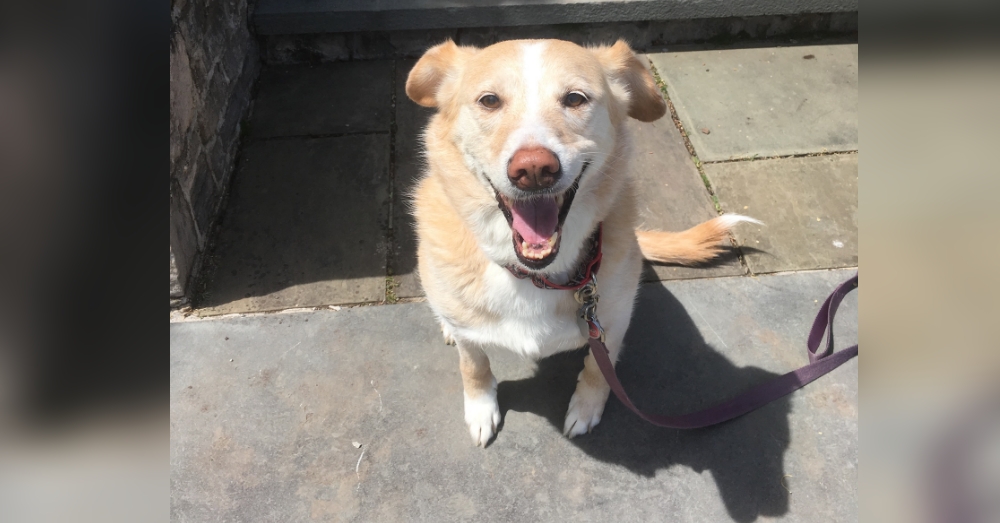 “We have bonded in a way that my husband describes as unlike anything he has seen,” says Wright, whose enduring connection with Joy even inspired her to adopt three more dogs and foster local rescues. 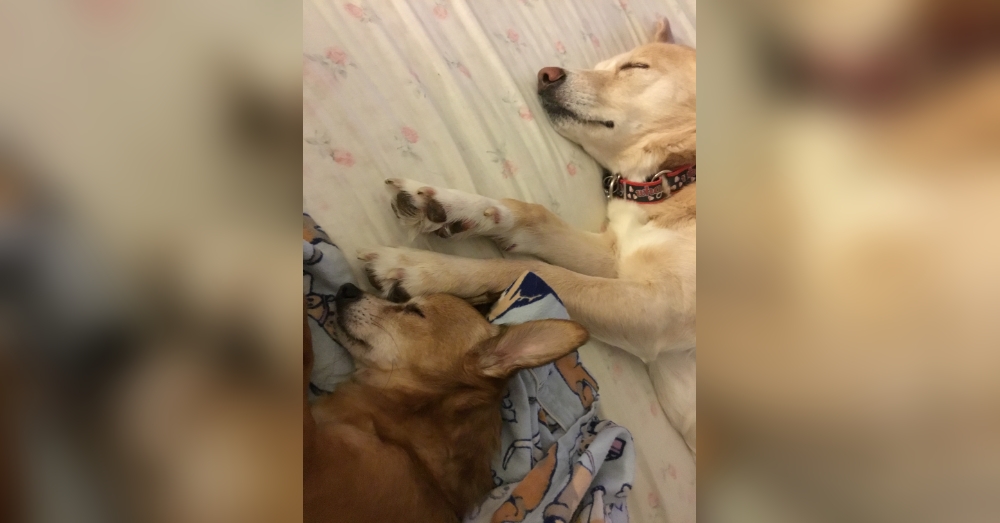 “She needs me and she is there to lend a helping paw or 4 when needed,” says Wright, who describes Joy as her “soul mutt.”