Earlier this year, a rescue dog named Journey caught a lucky break. The unfortunate pooch had found herself dumped at a high-kill shelter in Texas, where millions of dogs and cats are euthanized every year. Such a fate felt especially wrong because this beautiful mutt, whose mountains of fur led rescuers to believe she was some sort of Border Collie/Great Pyrenees mix, was only two years old.

Fortunately, this poor dog’s plight caught the attention of Arizona Border Collie Rescue, which scours U.S. animal shelters for border collies and their mixes. The organization decided they could rescue the pup provided they could arrange foster care, which is how the dog –- whose name, Journey, was inspired by her odyssey across state lines — eventually landed in Tucson. 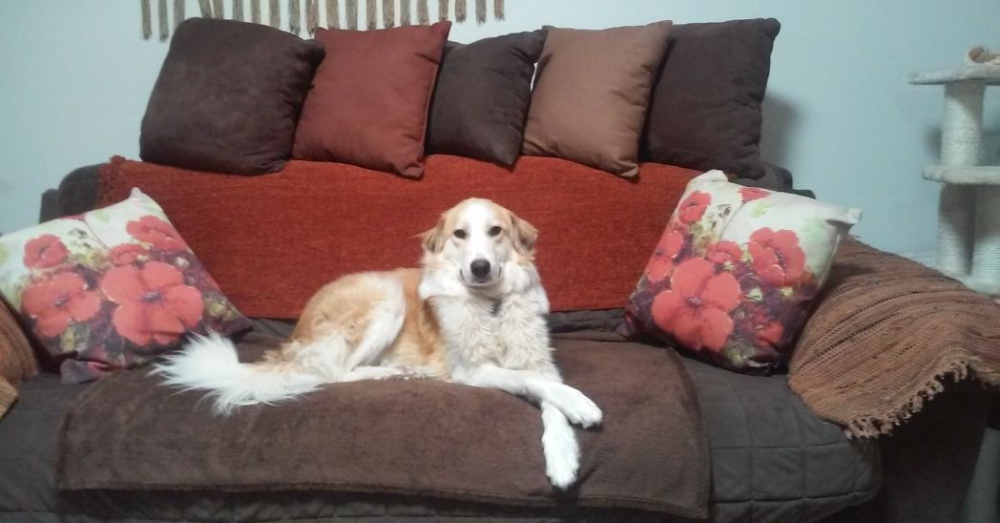 As fate would have it, a 66-year-old animal lover named Barbara Hanson also lived in Tucson. “I saw her photos, and her beautiful face and big liquid brown eyes got my attention right away,” says Hanson, a prolific rescuer of dogs and cats whose household already included two AZBCR animals, Pearl and Max. 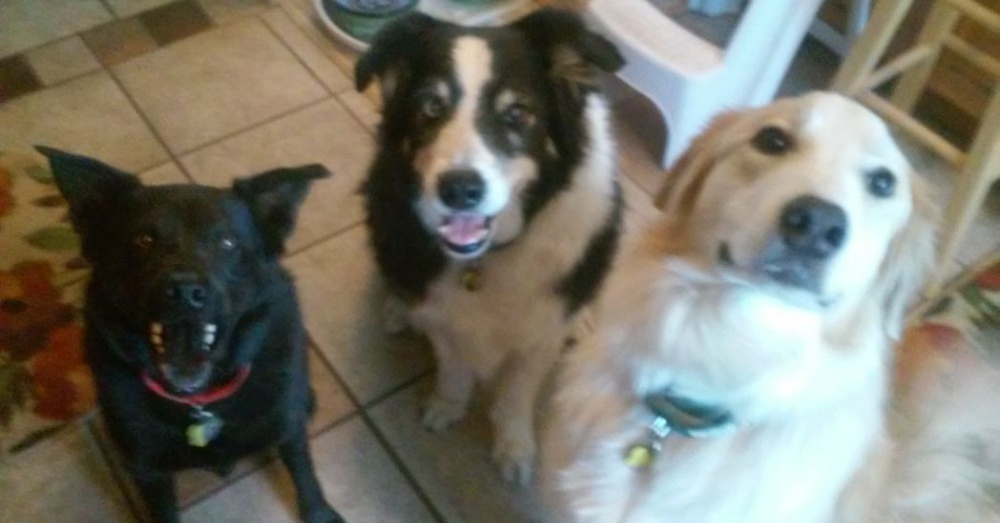 Hanson had worked in the past with Journey’s foster mom, too, so when the woman reported that the friendly young collie would be a good fit for her family, Hanson sprung into action.

Rescues have limitless gratitude,” says Hanson, who can’t stand the idea of adult cats and dogs dying in a shelter, alone and unwanted. “They know you have saved their lives, and they turn themselves inside out to learn what you expect of them.” 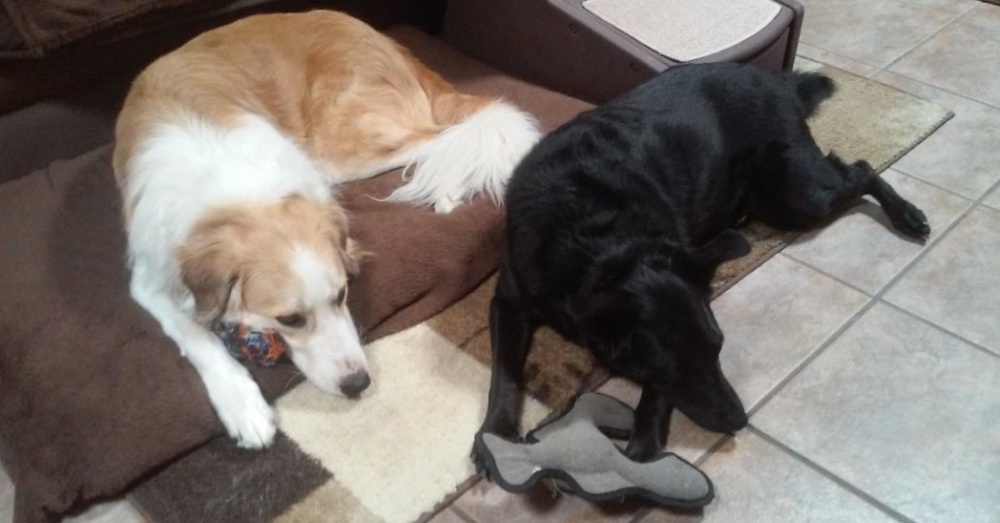 Journey was no different, says Hanson, recalling how the gentle, sweet and loving dog quickly adjusted to new doggie/kitty siblings and their household routines. Like many rescues, Journey can be shy around strangers, while sudden gestures or movements can send her cowering into the corner. Hanson suspects the dog’s overt sensitivity, especially near her head and face, stems from past abuse. 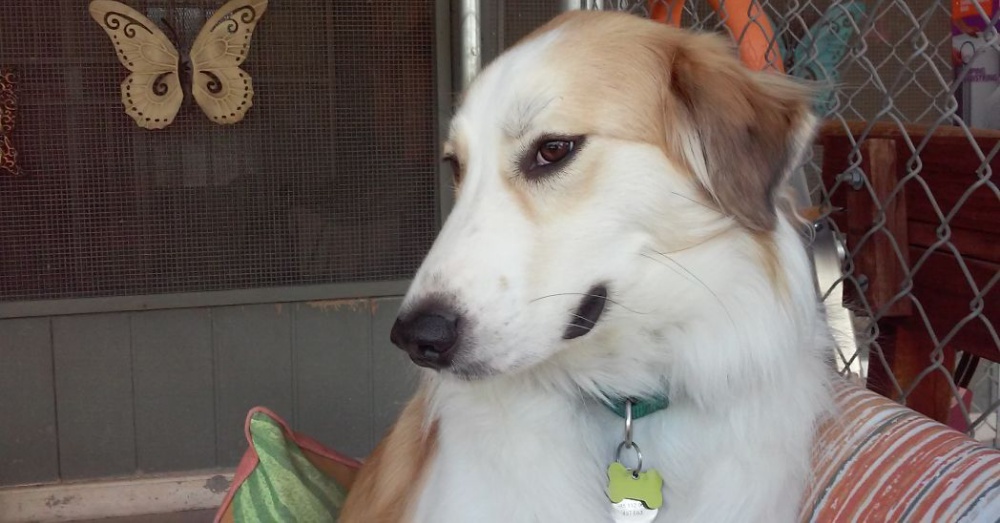 “We walk every morning, and she’s also very nervous if somebody comes up on us from behind,” she says. “If another walker overtakes us, she will panic, so something happened where somebody or something chased her or caught her from behind and hit her.”

Naturally, a loving home has helped remedy Journey’s rough start to life. She loves to run, play, and cuddle, and her anxiety seems to lessen every day. Most importantly, the scruffy puppy initially mistaken for a Great Pyrenees mix has grown into a happy and healthy dog. 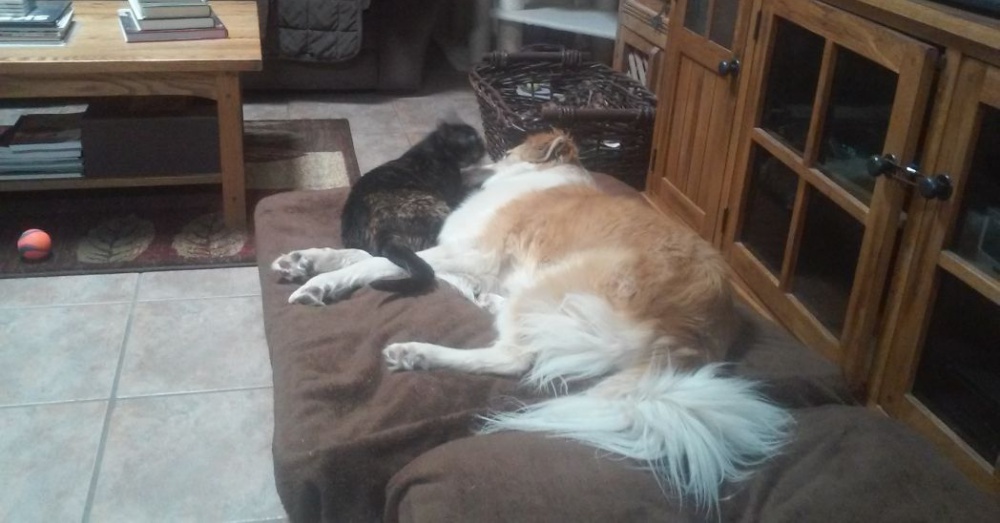 “What we thought was dog was mostly hair!” Hanson says, recalling some serious brushing on behalf of Journey’s foster mom, the groomer, and Hanson herself. “She’s lean and leggy and I really have no idea what breeds are in her makeup, but it doesn’t really matter. She’s sweet as the day is long, and I’m lucky to have her.” 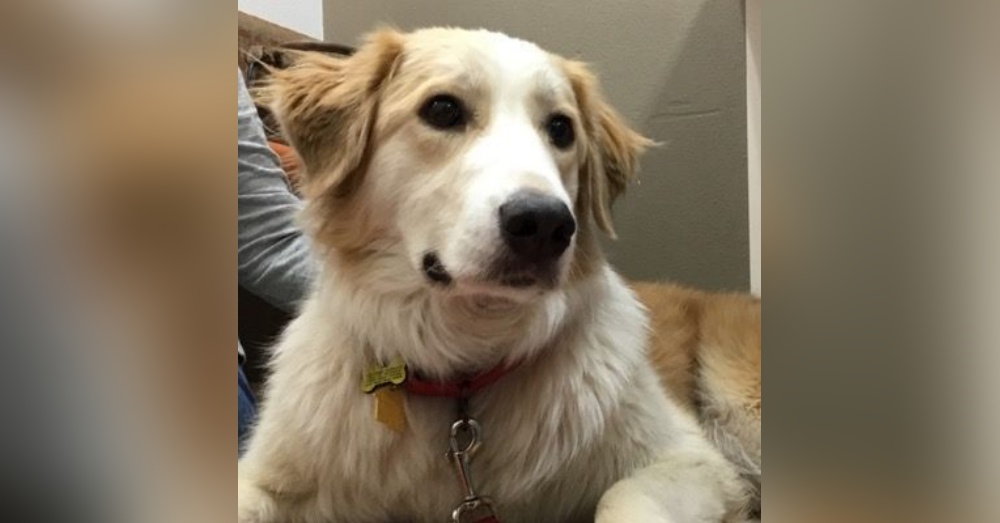