Celebrity chef José Andrés is feeding those left in the Bahamas after Hurricane Dorian laid waste to the islands for two straight days. Andrés has set up in Nassau at the Atlantis Resort, where GreaterGood.org has so far provided his World Central Kitchen with a cash grant of $20,000, including donations from supporters like you, to bolster the budget for feeding those left on the islands.

“We are learning that pre-positioning yourself in a hurricane buys you precious time,” Andrés told NPR’s Steve Inskeep. “You know, when – we’re in the business of feeding people after a hurricane. Sometimes in some parts people obviously they can be OK one, two, three days later. But for some people, sometimes three days is way too much. Some people don’t have any food at home or if they had, they lost it because the hurricane. It’s absolutely nothing to what we know people were experiencing in Abaco and Grand Bahama.” 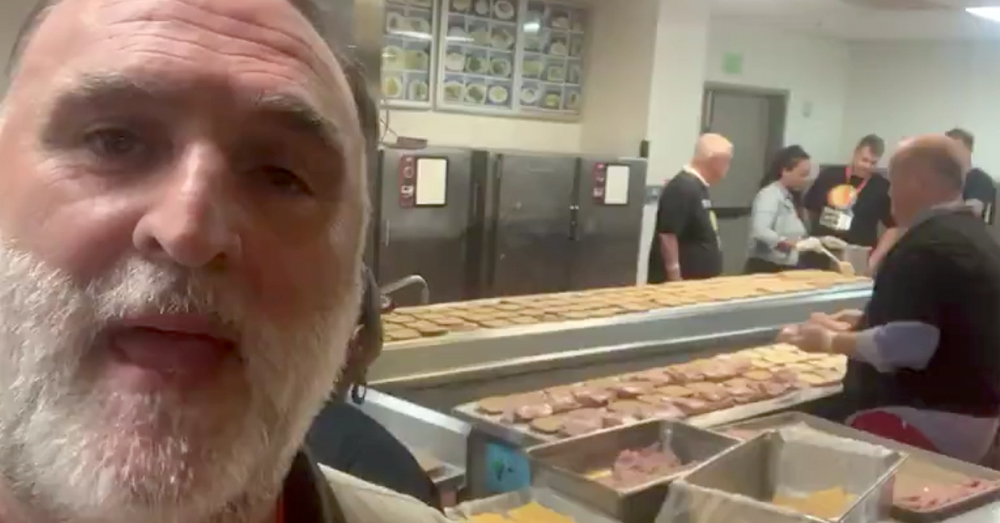 Source: Twitter/José Andrés
Celebrity chef José Andrés and his staff are making sandwiches for people on the Bahamas.

Andrés and his team experienced 80 mph winds while setting up the kitchen, but even that was nothing like the devastation Dorian brought to the islands of Abaco and Grand Bahama.

“The destruction of – in Abaco and Grand Bahama is huge,” Andrés told Inskeep. “So for us that we are a small NGO but that we’ve shown that we can grow like we did in Puerto Rico, like we did in Indonesia, in Mozambique and adapt, this is a big challenge that we have never seen before. I hope that the experience and the training we had over the last 10-plus years of going to hurricanes and destructions, hopefully we will put all the knowhow because, again, this is going to have to be a very kind of different way of providing food aid.” 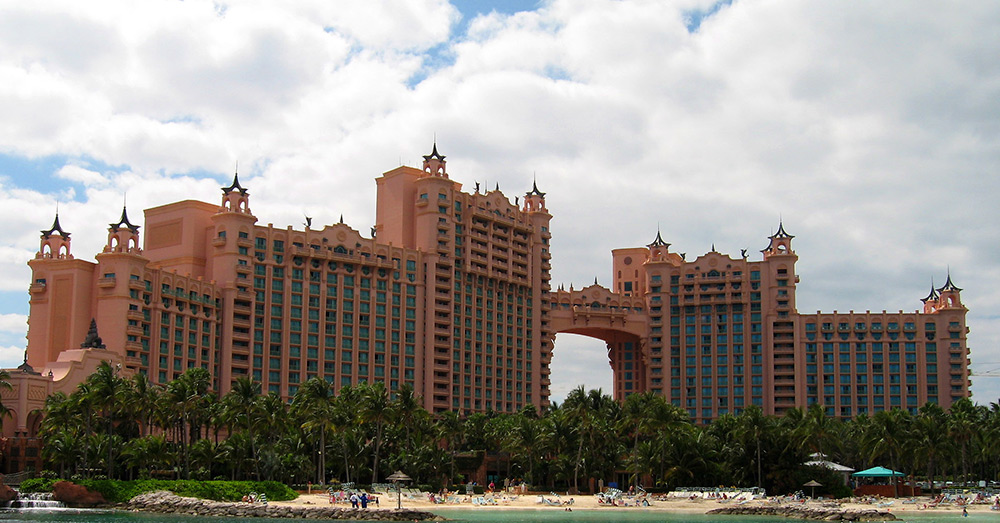 Source: Wikimedia Commons
José Andrés has a restaurant in the Atlantis resort in Nassau.

Andrés and his team don’t have any secret tricks to feeding thousands of hungry people, only their drive to serve those who need it most.

“What we have is we have a lot of empathy,” Andres said.

The World Central Kitchen will be feeing people who have lost everything, and still have no where to live. Their homes have been destroyed, or may still be underwater, and they have nowhere else to go. At its strongest point, a Category 5 storm with winds over 137 mph, Dorian was positioned over Grand Bahama and Abaco for 48 hours, leveling homes and buildings and devastating the Bahama International Airport. 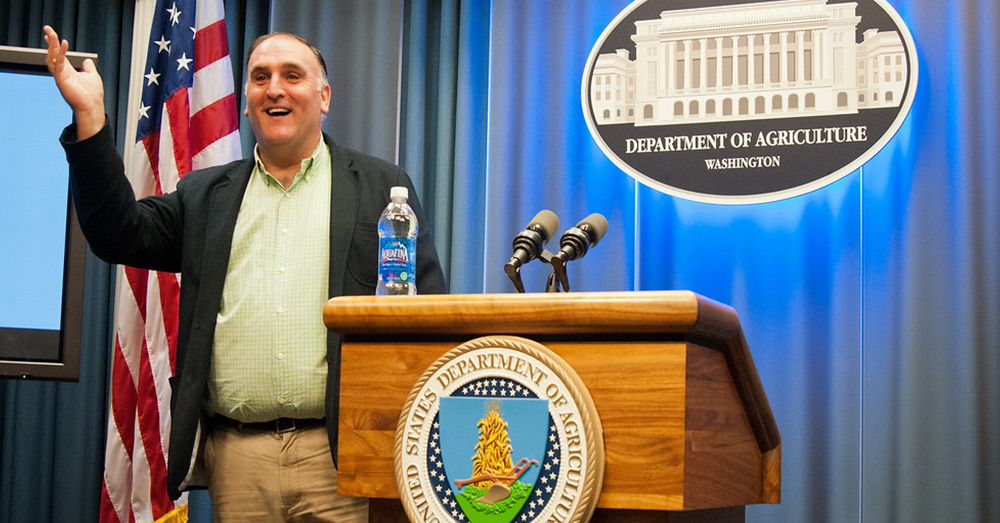 Source: flickr/U.S. Department of Agriculture
José Andrés will be bringing food to the hardest hit islands of Abaco and Grand Bahama.

In all, at least 70,000 have been left homeless in the Bahamas, and 43 have been reported dead. That number is expected to rise dramatically, CNN reports, as many more are still missing, possibly buried under the wreckage.

Health Minister Duane Sands told Guardian Radio that he expects to hear “unimaginable information about the death toll and the human suffering,” when the final count is released.

“The island of Abaco has been through and survived many hurricanes in the past. It didn’t take long for us to rebound, but this is different from anything we’ve ever experienced. This hurricane will set us back for years to come,” said storm survivor Ted Curry. 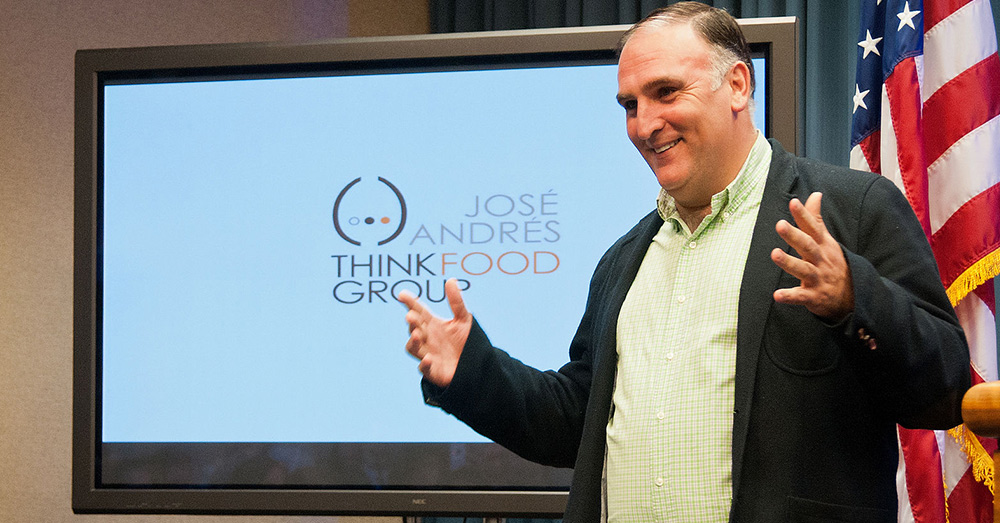 Andrés maintains a kitchen at the Atlantis, and says even his regular guests have been gracious enough to help make sandwiches for those affected by the storm. On other islands, the same facilities may not be available, so his team will be bringing in fresh food daily.

“I was very young when my father will start feeding people making a fire in the middle of nowhere in a big paella pan,” he said. “And my father will feed hundred to 200. That’s about how many people came. So I’m going to keep the same experience of my father and do exactly the same.”

Meet some of our amazing volunteers at our kitchen in The Bahamas! @WCKitchen Relief Team is preparing food that we will bring to Abaco & Grand Bahama tomorrow! We’ve been working non-stop to coordinate planes, boats and even a helicopter... #ChefsForBahamas pic.twitter.com/MLhLW2gB5x

GGO is also working with Charity USA and other partners to ship in an extensive amount of human, veterinary and animal care supplies. These supplies will be flown in on repeated relief flights leaving Fort Lauderdale where GGO has warehouse space set up to respond as soon as planes are cleared to land on the islands.