Family Found A Kitten Trapped In A Clothing Bin, Then Decided To Give Him A Home

Christy Tinsley Ilfrey and her family stopped at a donation bin to drop off some unwanted clothes. When Ilrey went to put the bag of clothes inside, she heard meowing coming from inside the bin.

She quickly looked inside and noticed a tiny kitten who appeared to be very scared and stressed. They knew they had to get that kitten out of the bin as fast as possible so they called the company who the bin belonged to, but were unable to get ahold of them. 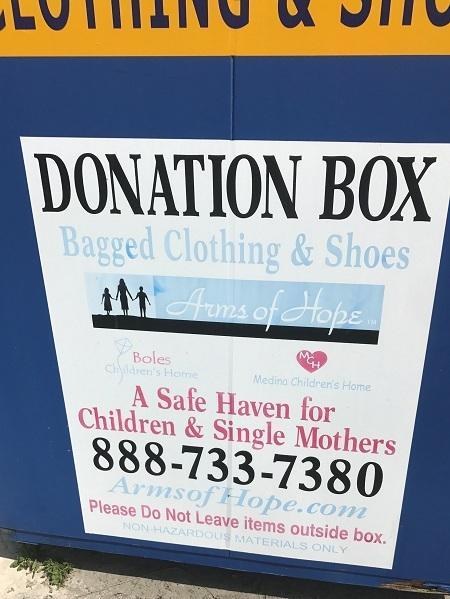 Their daughter Sage wanted to try and squeeze into the bin, but they feared she’d get stuck also, so they called the police instead. The Aransas Pass Police Department then showed up with firefighters from the Aransas Pass Fire Department. 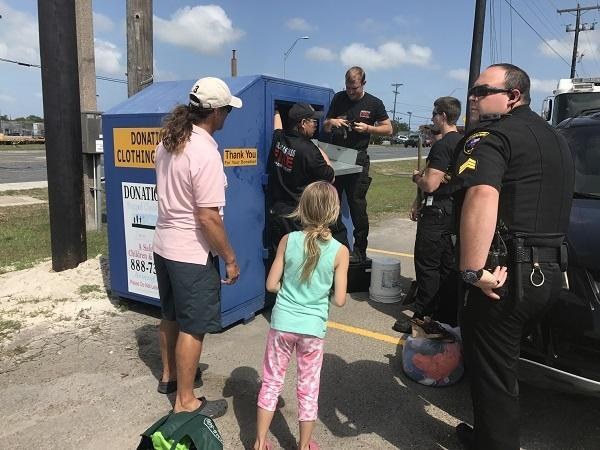 The firefighters were able to remove the bolts on the bin and eventually grab the kitten and lift him to safety. After a 30-minute rescue, the kitten was now safe. The only thing the little grey animal needed now was a home. 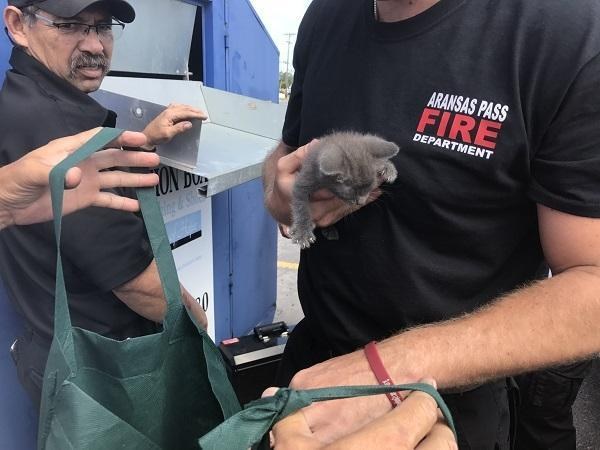 Luckily, the Ilfrey family was willing to give him just that. They already had a cat at home named Lupine, and knew that this kitten would make the perfect playmate for him. 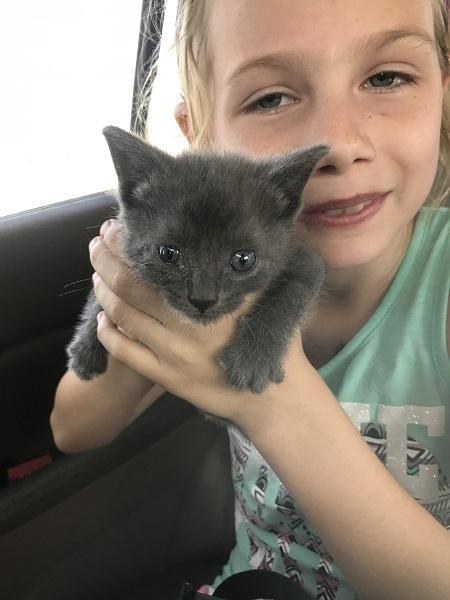 They named him Jones and took him to the vet. They discovered that he’s around four weeks old and weights barely a pound. They then brought him home and he’s loving every second of it. Not only does he get along with their cat, but he also enjoys spending time with their dogs! 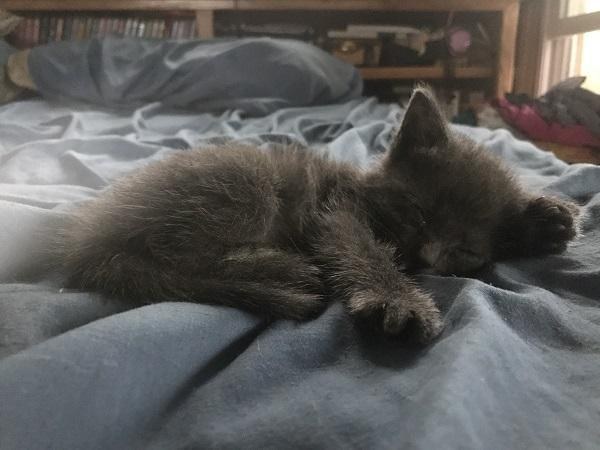 This story could have had a very different ending for Jones if the Ilfrey’s did not rescue him. They just happened to be in the right place at the right time!

It’s unknown how the kitten got into the clothing bin in the first place, or where he came from, but thankfully he will always have a safe place to live now and will receive all the love in the world. He’s one lucky kitten…and a cute one at that!