One winter morning in Wisconsin, a black Labrador was running on the side of the road by himself. A police officer, named Jeff Gonzalez, saw the pup and caught up to him. The dog, who was named John Boy, was nervously barking and made it obvious that he wanted the cop to get out of his police car.

Then John Boy began to run down the road. Officer Gonzalez followed him and realized he was leading him to his owner who was in dire need of help. The dog’s owner, Krystal, suffers from a heart condition.

She was slumped in a chair on her front porch, unresponsive. She was frozen with blue lips, and the cop thought she was dead. 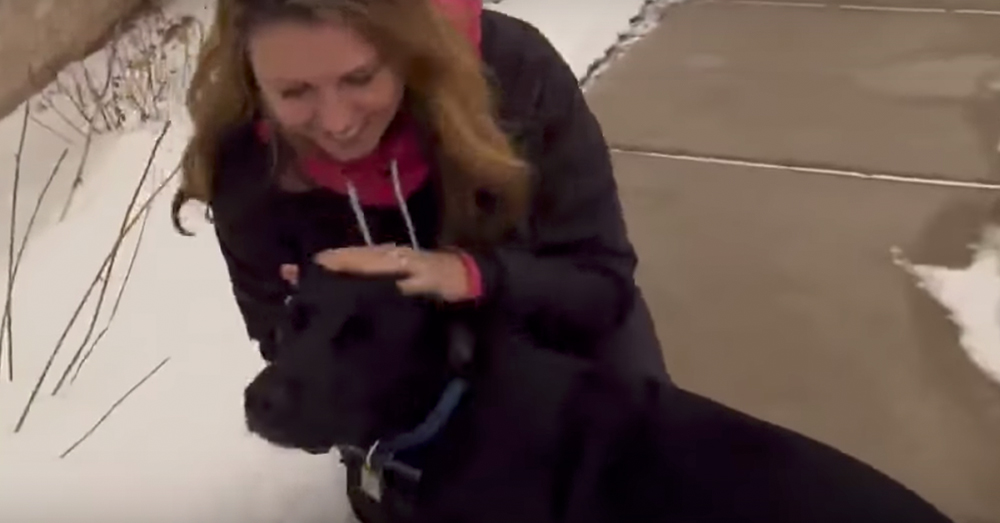 She was immediately taken to the hospital where she recovered. If it weren’t for her dog alerting the officer to follow him, she very well may have died. It’s truly amazing how intelligent dogs can be! In the video below, you can see Krystal meeting Officer Gonzalez for the first time since the incident. 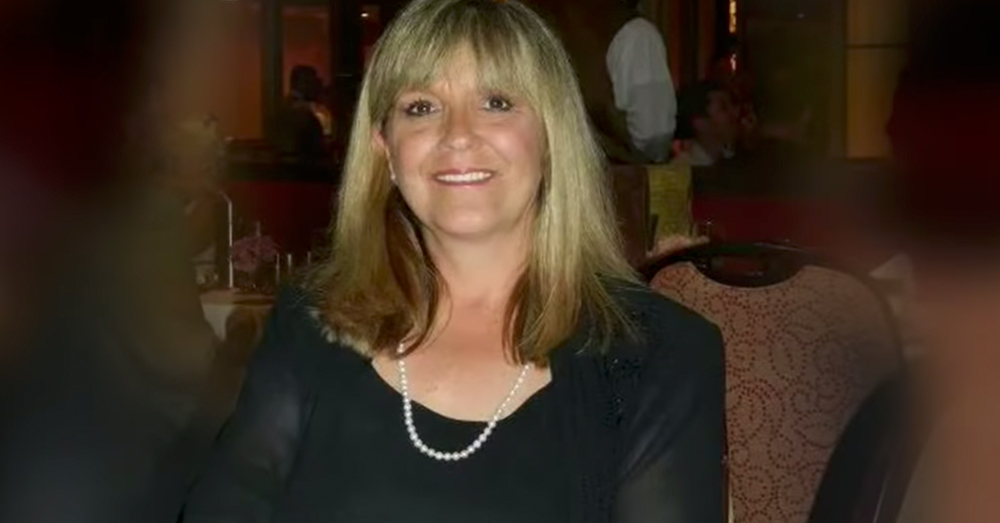 Source: YouTube/TODAY’S TMJ4
Krystal was blue and unresponsive when John Boy led the officer to her.

And the craziest part: John Boy was adopted and returned to the shelter three different times by different families before ending up with Krystal. 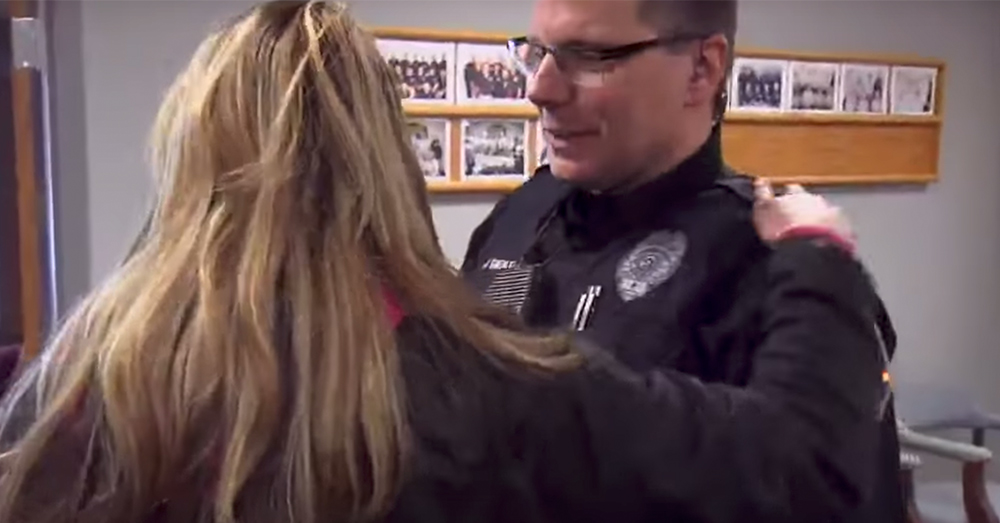 Everything happens for a reason! Krystal saved John Boy’s life, and now he returned the favor!