Chloé Dorsey was out for her morning run in Georgia’s Stone Mountain Park when she noticed a deer stuck in between the bars of a metal fence.

The doe was struggling to free herself but was trapped between the metal bars. Dorsey set up her cell phone to record the incident and her attempt to rescue the doe. 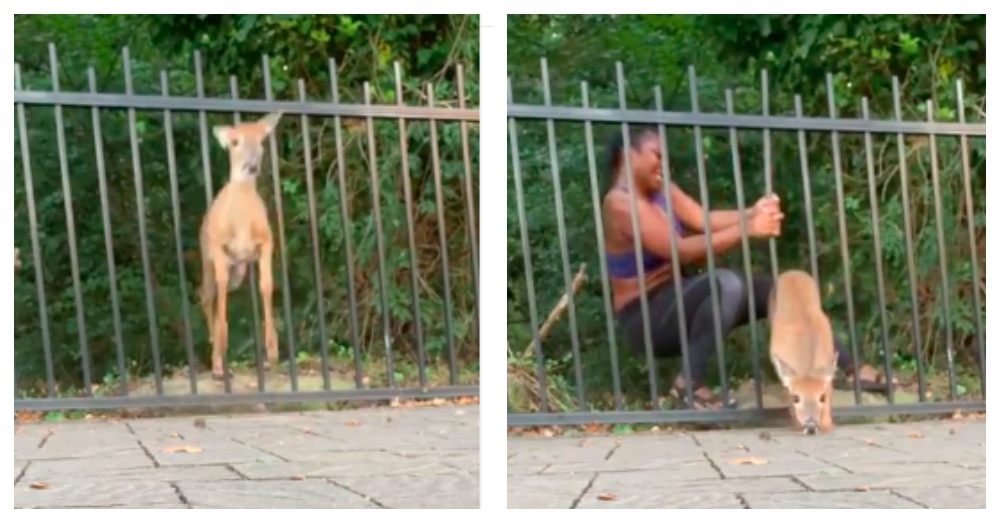 Dorsey used all her strength to bend the metal bars enough to free the little deer. Within seconds of being free, the frightened doe managed to get herself trapped again.

“What is wrong with this girl?… You need to learn how to jump.” Dorsey said in the video as she proceeded to free the deer again. However, this time the doe was trapped between thick bars that Dorsey was unable to bend. She looked around to see if anyone was nearby to help, but no one was in sight. 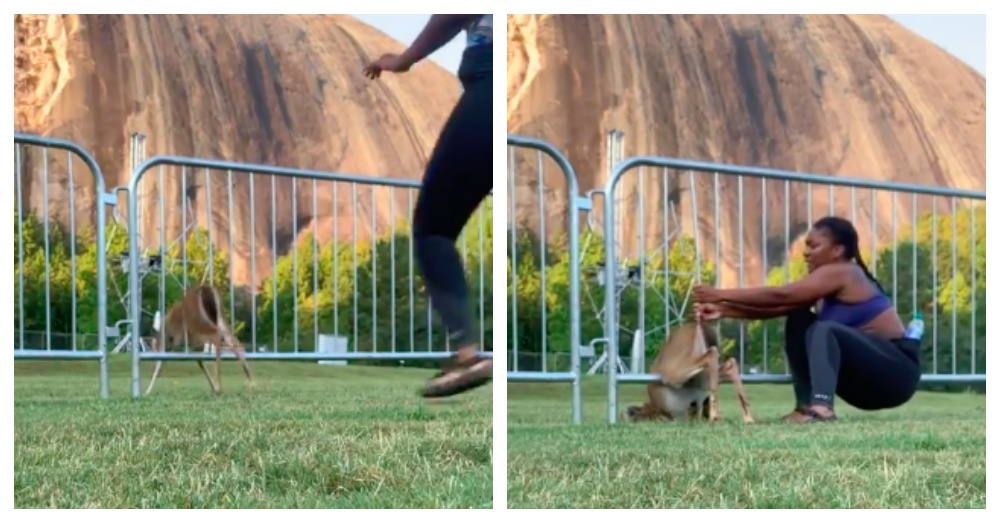 She was determined to save the little deer and jumped the fence. The force from the jump freed the doe. Dorsey posted, “The second time was more frightening than the first. We were both scared for each other…! I’m so happy I was at the right place at the right time!” 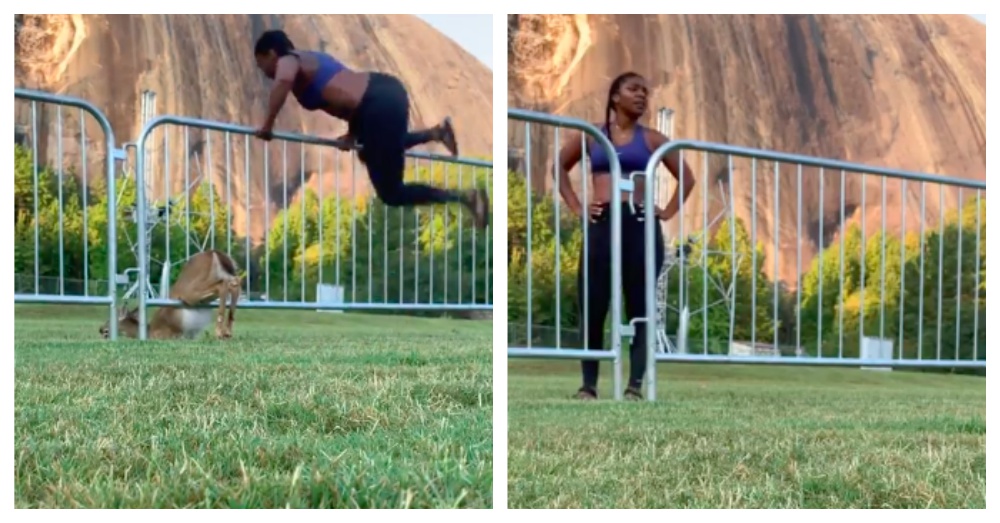 The doe ran off with the other deer that were watching from afar. Dorsey yelled to the other deer, “Y’all need to show her how to jump!”

She shared the rescue video on Instagram and it has been viewed over 90,000 times. Watch Dorsey rescue the deer not once but twice in the video below. Don’t forget to share the amazing rescue with your friends.

On my morning run, a deer needed my help, and within seconds, she was stuck again! The second time was more frightening than the first. We were both scared for each other…! I’m so happy I was at the right place at the right time! #SAVEADOECHLO #stonemountainpark #saveadeer #savealife #loseweightfast #happyday #animallover #faithoverfear