Joey Feek Passes Away At 40, And Her Obituary Honors Her Beautiful Life

After battling cervical cancer for over two years, Joey Feek has passed away. She lost her battle at 2:35 PM on March 4th, 2016, while holding her husband Rory’s hand.

Fans and supporters of Joey have been following her story through this time. “Though this is, and has been, a time of many tears of sorrow, it has also been a time of countless tears of joy. There have been too many beautiful moments to count or even begin to share…” Rory wrote on his blog.

Read her full obituary below. And to read more about this beloved country star, head over to our other post here, where we’ve been following her journey for a few months now. 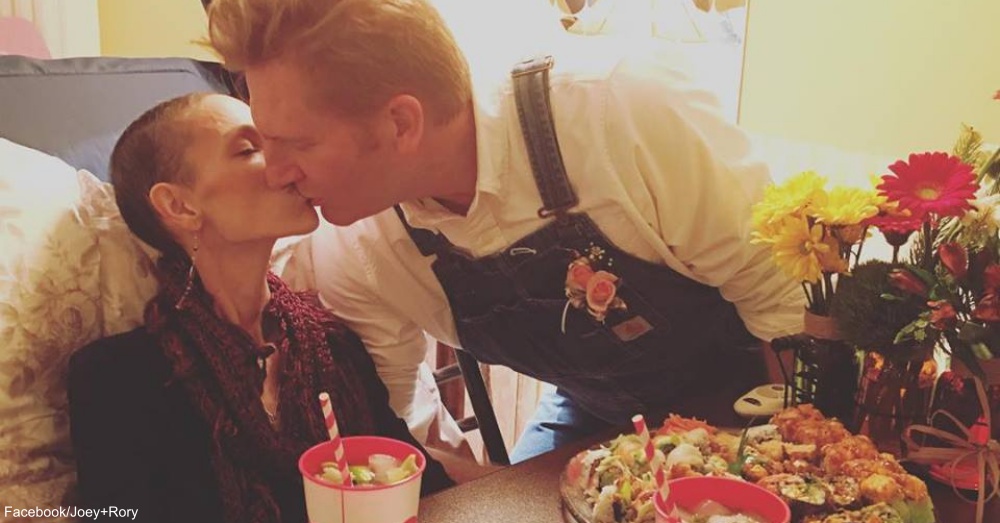 “When Joey Marie (Martin) Feek sang “When I’m Gone” in 2012 for Joey Rory’s “His and Hers” album, the raven-haired country singer couldn’t have known she would be leaving so soon.

“My wife’s greatest dream came true today,” Rory Feek wrote on his blog www.thislifeilive.com on Friday. “She is in Heaven. The cancer is gone, the pain has ceased and all her tears are dry. Joey is in the arms of her beloved brother Justin and using her pretty voice to sing for her Savior.”

The duo was nominated for a Grammy Award and their new album “Hymns That Are Important To Us” topped the Billboard country albums sales chart as well as the Contemporary Christian Albums chart.

The rally of support was a fitting tribute for Mrs. Feek who yearned to be a country singer from the time she was a child singing in school and in church with her mother June and four siblings. Country music fans first got to know Mrs. Feek and the duo Joey Rory on CMT’s “Can You Duet” in 2008, but her strength and faith facing cancer shared by her husband Rory Feek on his blog www.thislifeilive.com made her fight for life a months-long national news story that touched millions.

However, Ms. Feek didn’t want her legacy to be her disease – she wanted it to be her beloved music.

Mrs. Feek was born in Anderson, Indiana on September 9, 1975. She was a graduate of Alexandira-Monroe High school-Class of 1994.

Mrs. Feek’s parents June and Jack performed in a band in high school in their hometown of Alexandria, Indiana. Their middle daughter Joey, loved horses and grew up idolizing Dolly Parton. Joey’s first public performance was in a school play at five years old. As long as her sisters Jessie and Jody can remember, Mrs. Feek dreamed of moving to Nashville.

“She always wanted to be a singer, always,” her oldest sister Jody Martin said.

Mrs. Feek’s brother Justin was killed in a car accident near their home in 1994 when they were teenagers. She and their mother were the first on the scene and the tragic and unexpected loss rocked the family to its core. Joey mourned with her family but was unwavering in her determination to move to Music City – and did so in 2002.
Mrs. Feek called Nashville home by the time she was 23 and her first job was with an equestrian veterinarian. In her late 20s, she signed a record deal with a major label that never produced an album.

She first spotted husband Rory at a songwriter’s night and felt drawn to him but thought her feelings were a mistake — he talked about his daughters and she assumed he was married. She soon learned he was single and they were married about four months after their first date in June 2002. She put her singing career on hold and helped him raise his daughters. The CMT talent search in 2008 “Can You Duet” was Mrs. Feek’s return to the spotlight.
Her family was so excited to see Mrs. Feek finally achieving her musical dreams on the program that here sisters made the 12-hour round trip weekly to see her and husband Rory Feek compete on the CMT program where they eventually placed third.

Following the show, the duo’s debut single, “Cheater, Cheater,” climbed to No. 30 on Billboard’s country radio airplay charts. They were named spokespeople for Overstock.com and they released seven albums, including their most recent “Hymns That Are Important To Us.” The couple also hosted the popular “The Joey Rory Show” on RFD-TV. And many mornings, she made the quick drive from their Pottsville, Tenn., farmhouse to Marcy Jo’s Mealhouse, the restaurant near Columbia that she operated with her sister-in-law, Marcy Gary.

When she wasn’t on stage, Mrs. Feek thrived in her garden taking great joy from growing food to feed her family. She cared for the animals on their farm and learned to quilt.

But the greatest joy in her life came with the at-home birth of her precious daughter Indiana. A few days later, the parents learned their infant had Down syndrome. In the days before her death, Mrs. Feek said her greatest hope for her daughter was that she grew up with no fear and that she was able to fall in love, get married and live independently near her father.

Weeks later, Mrs. Feek learned of her first cancer diagnosis. She underwent surgery and treatment and was declared cancer free only for the disease to return the following year – and this time, it couldn’t be cured. Mrs. Feek continued to play shows as long as she could and stayed faithful and hopeful God would heal her until the end.

While she was sick, her father accepted Jesus Christ as his personal Savior.

“All of this was worth it if my story brought one person to Christ,” Mrs. Feek said before her death. “The fact it was my daddy,” she paused as her voice broke with emotion. “I’m so proud.”

Joey’s life will be celebrated through a private intimate service and interment in the Feek Family Cemetery.”

Our hearts are with Rory, Indiana, and all of Joey’s family and friends during this time. 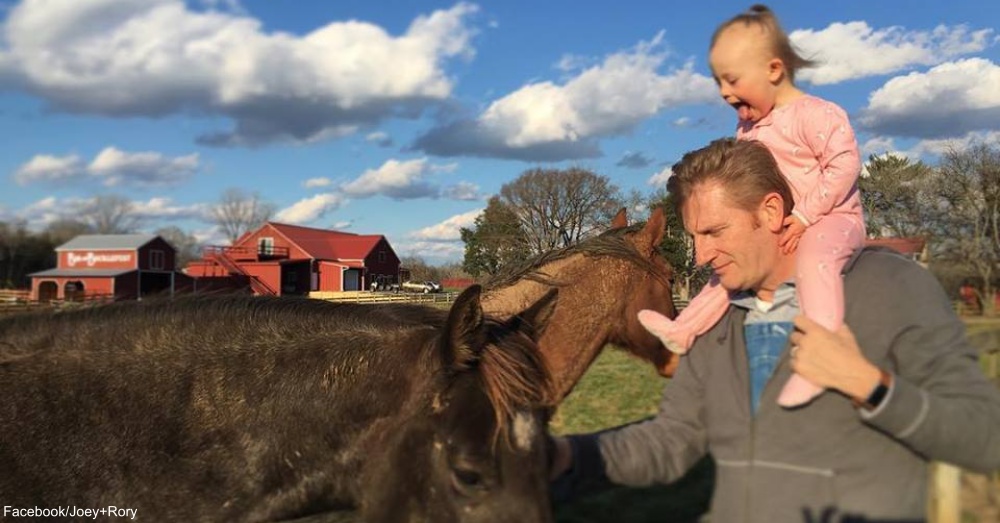