Police officers from all over the East Coast came together to pay their respect and mourn the loss of K9 Officer Jethro. He was laid to rest at the Canton Memorial Civic Center on what would have been his third birthday. He belonged to Officer Ryan Davis who had responded to an alarm about a burglary at a grocery store on January 9. The burglar fired shots, striking Jethro three times: once in his muzzle, his shoulder and his neck. Officer Davis immediately radioed for backup. The suspect took a bullet to the ankle and is being held on $5 million bond. 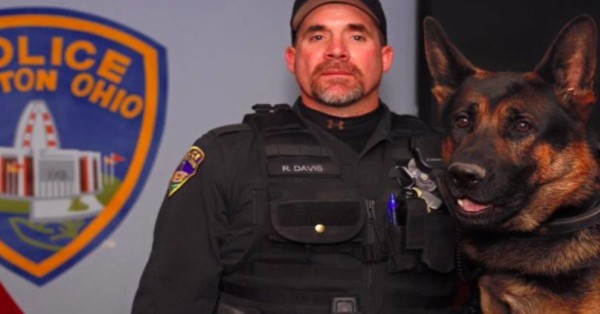 Jethro was rushed to the Stark County Veterinary Emergency Clinic. At first they were optimistic about his recovery, but things took a turn for the worst and Jethro sadly passed away, with his partner and best friend by his side. Officers lined up outside the clinic to salute the K9 officer as his body was taken out, draped in an American flag. 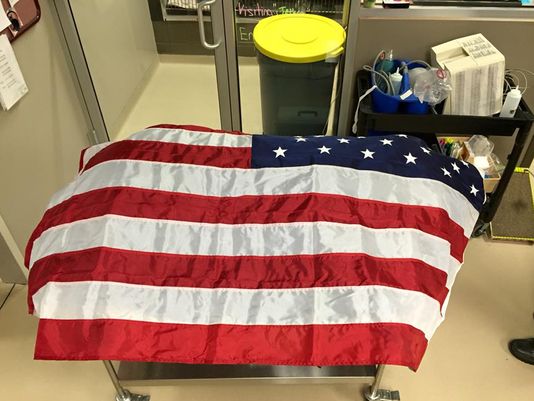 But Jethro wasn’t just Officer Davis’ partner, he was also his best friend. Since he was just 8-weeks-old, Jethro was by Officer Davis’ side and was also a part of his family, always playing with Davis’ young daughters. With a heavy heart, he told CBS News: “I would trade places with him in a heartbeat. Absolutely, because I wouldn’t have to sit here and suffer over the loss of him…He’s left a hole that will never be filled. He gave his life for me.” You can watch this brave pup’s story below. You can also watch more of 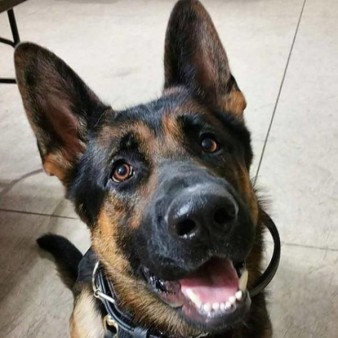