According to Humane Society International, as many as two million dogs a year are slaughtered and eaten in South Korea.

They suffer on a daily basis in deplorable conditions at dog meat factory farms. They are left exposed to the elements, packed into tiny, dirty cages and given little food and water. 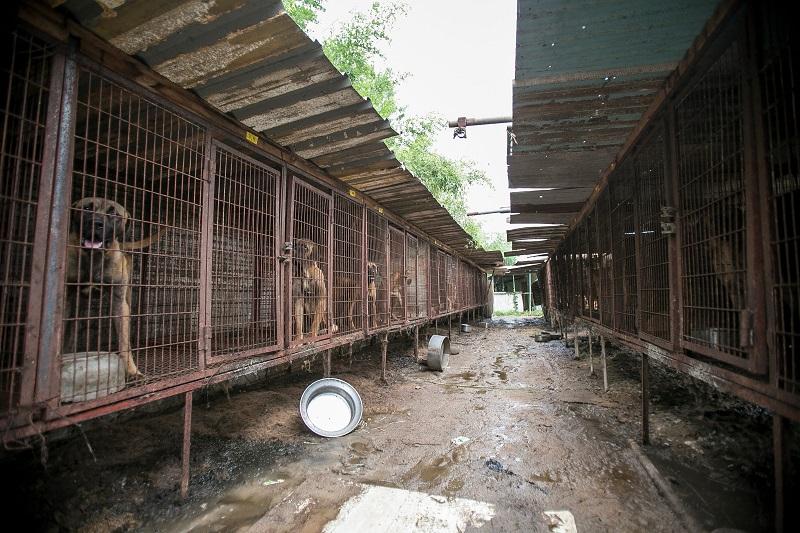 While keeping them in these conditions is horrible to begin with, their methods used to kill them are even more brutal. During South Korea’s Bok Nal summer season, more than one million dogs are killed and eaten as a spicy soup.

Humane Society International’s mission is to shut down these dog meat farms one by one and end this disgusting act in South Korea once and for all. 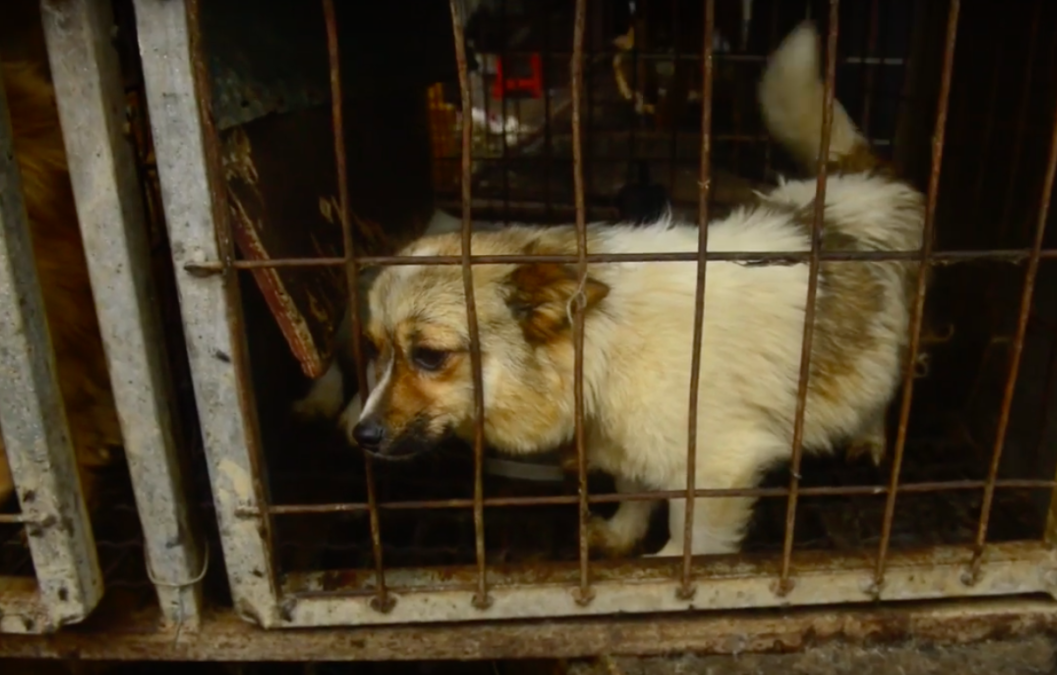 This is the sixth farm that Humane Society International has closed down. They worked together to rescue 149 dogs and puppies from being turned into soup. One of those puppies was Little Jennie, a Chihuahua mix, who you can see in the video below. 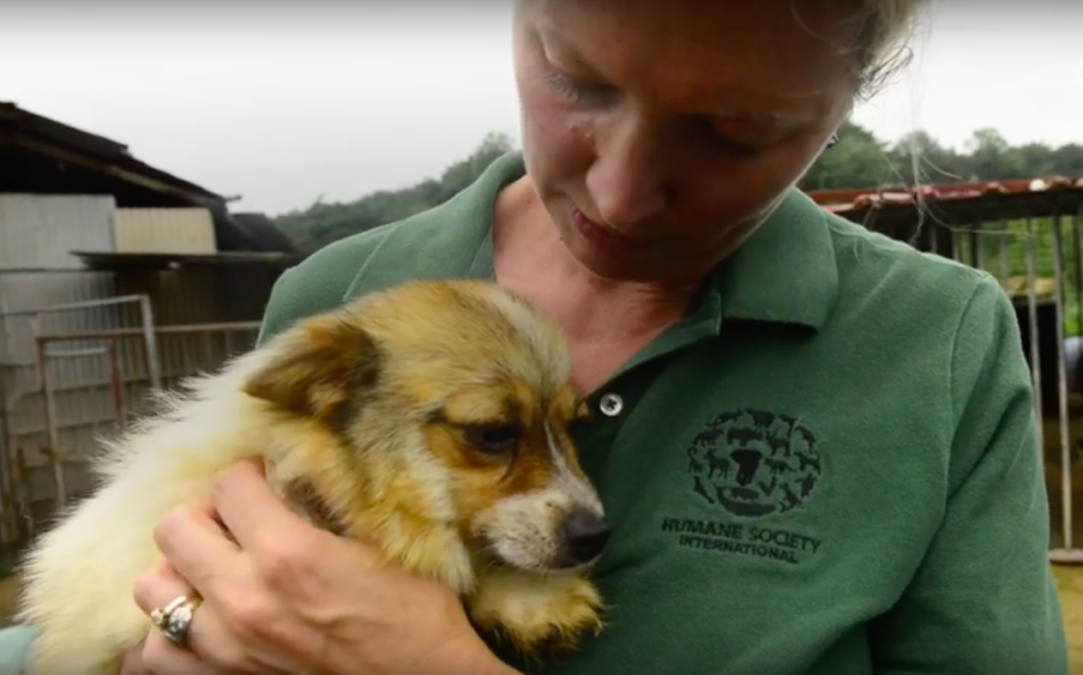 Jennie was living in a tiny metal cage with other dogs. The cage had a wire bottom, and the dogs had no blanket or source of comfort, which was painful for their feet.

She greeted rescuers with a wagging tail, and was so relieved to finally be saved, as were all of the other dogs. 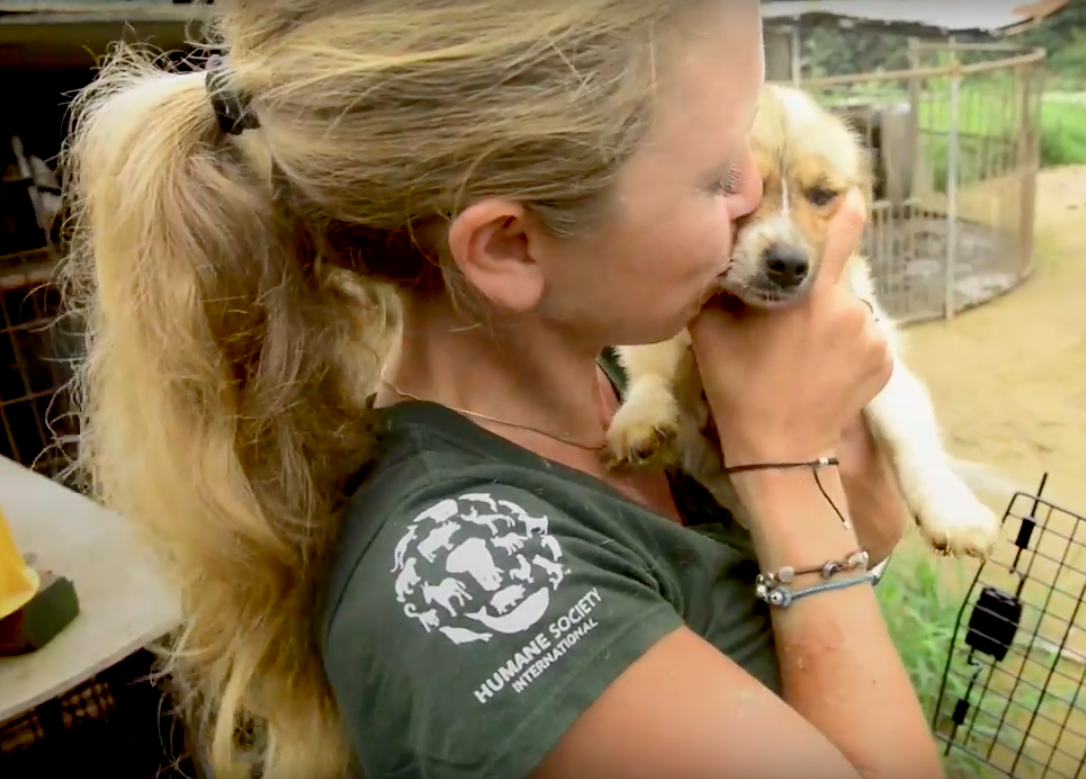 Jennie was brought back to the Sheboygan County Humane Society in Sheboygan, Wisconsin. where she was examined and given a much-needed bath. Jennie is such a happy pup now and is now making up for lost time. Instead of being cooped up on a filthy cage, she now gets to run around and feel love for the first time.

Jennie, and the other dogs who arrived there from the meat farm, will not immediately be up for adoption. They still need time to adjust to their new environment, trust humans, and heal. 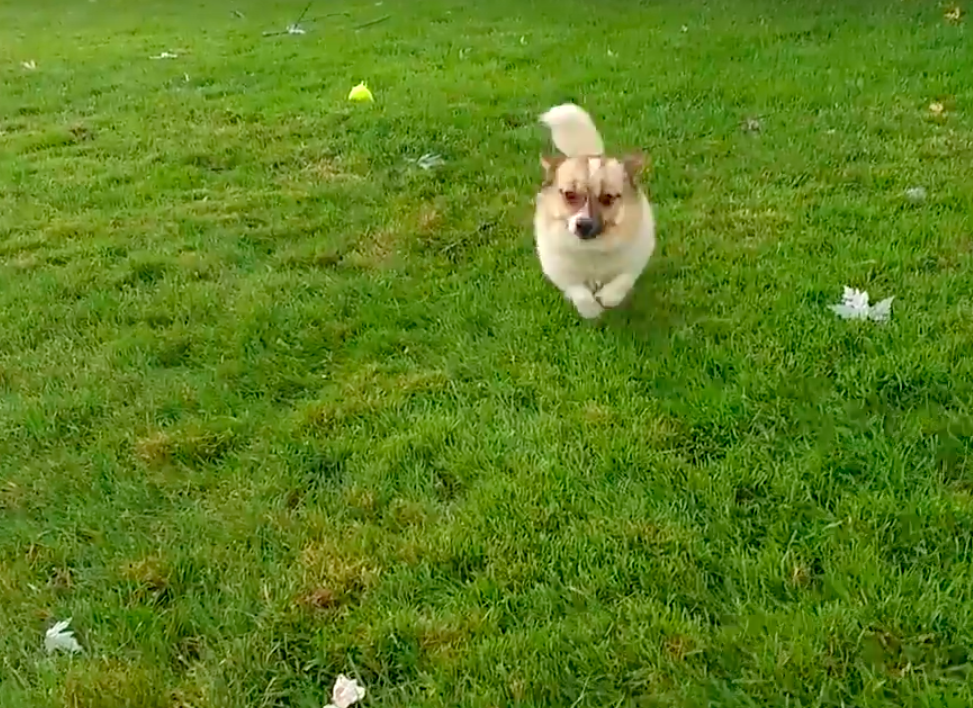 The Sheboygan County Humane Society is one of five emergency placement shelters in Wisconsin to receive dogs from South Korea.

Hopefully Humane Society International will rescue a lot more dogs and shut down many more dog meat farms in the near future.