Rescue Dog Mothers Orphaned Kittens, But Now She Goes Above And Beyond To Save Their Lives

Two stray kitten brothers were brought into California’s Sacramento SPCA. The people who brought them in said that they were the only survivors of a litter that they had found in their backyard.

The kittens were around five weeks old and weighed just one pound. Sadly, one of them was not healthy. He had the herpes virus which caused him to have ulcers in both of his eyes. 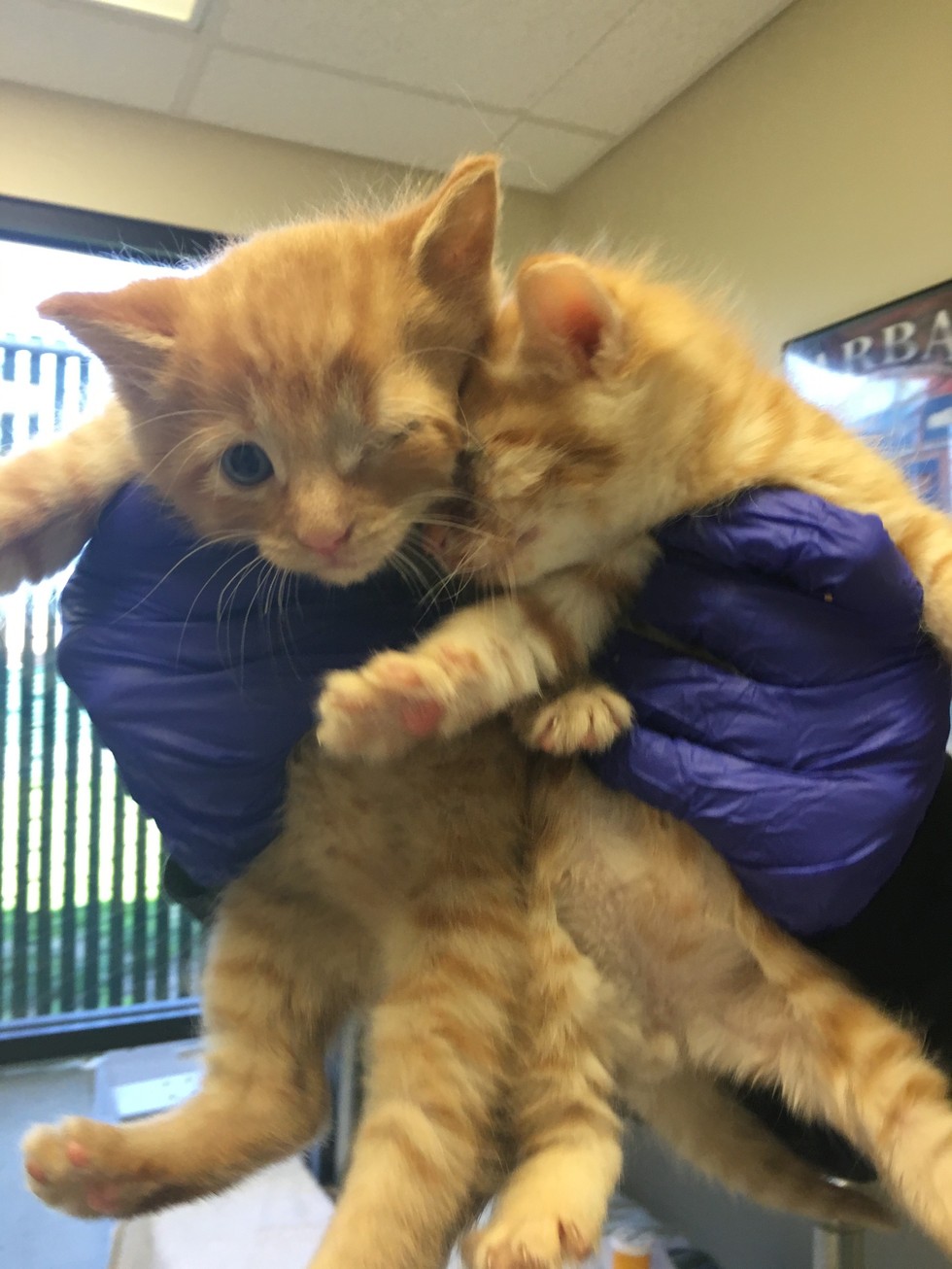 Eventually, they believe that without medical care, one of the eyes would have ruptured. Now that the kitten is under the care of veterinary professionals, they don’t have to worry about that happening. They started giving him medicated eye drops, and have also given him a special serum. The serum is made from the donated blood of Jemmie, a Shih Tzu/Lhasa Apso mix. 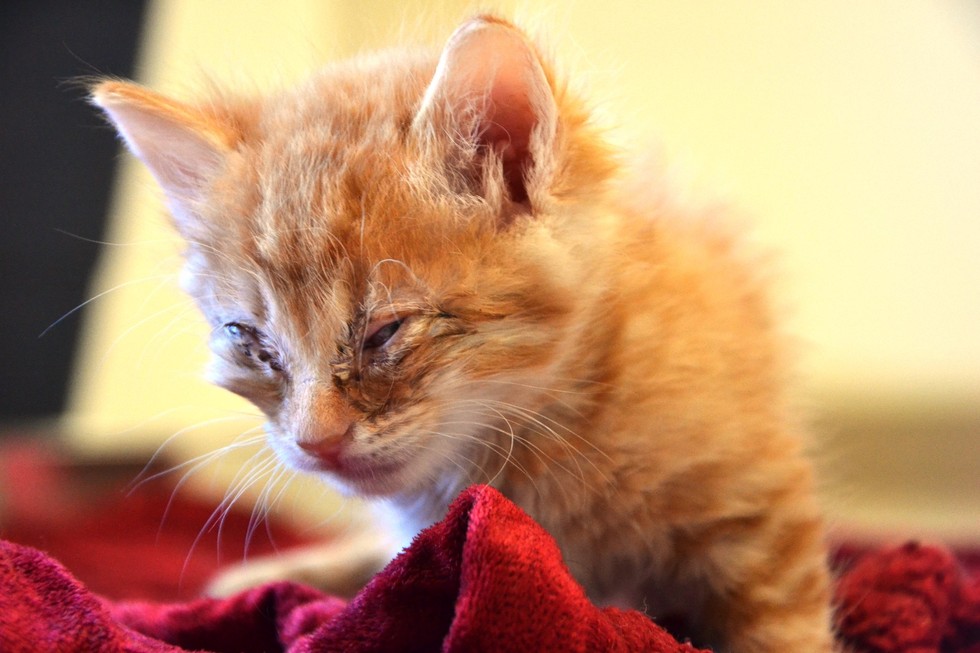 Jemmie was adopted by an SSPCA staffer from the SSPCA in 2011 after her owners surrendered her. Aside from donating blood, she has been helping to raise foster kittens. She is great with the cats and gets along with them nicely. She is gentle, kind and loves to play with them. At home, she is currently mothering other kittens. 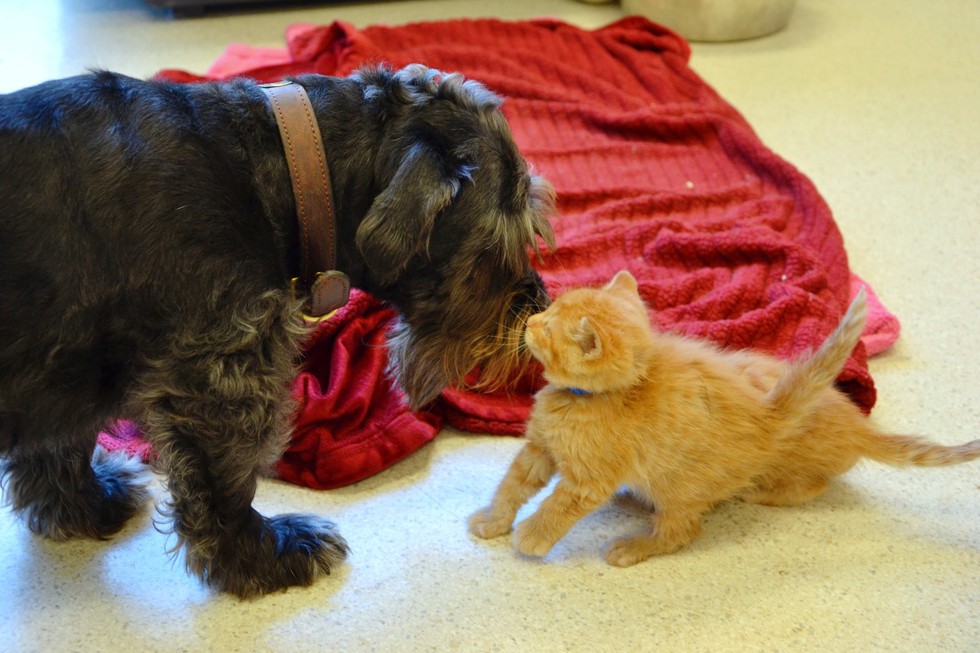 The blood donors are adopted dogs who are owned by staff members there. They use the blood that they donate to help save kittens’ eyes. This isn’t the first time that they have done this. They have been doing it for several years and have helped many kitties. The plasma contains proteins that help speed up the eye healing process. Sarah Varanini, foster care coordinator at the SSPCA, explained to The Dodo how it works.

“To start treatment, antibiotic drops are given 4 times a day and serum drops are given every 2 hours for the first two days. This blood could come from a cat, but since we need such a large amount to get enough serum for treatment…a medium to large dog is a better choice since they are less likely to suffer any side effects from the donation.” 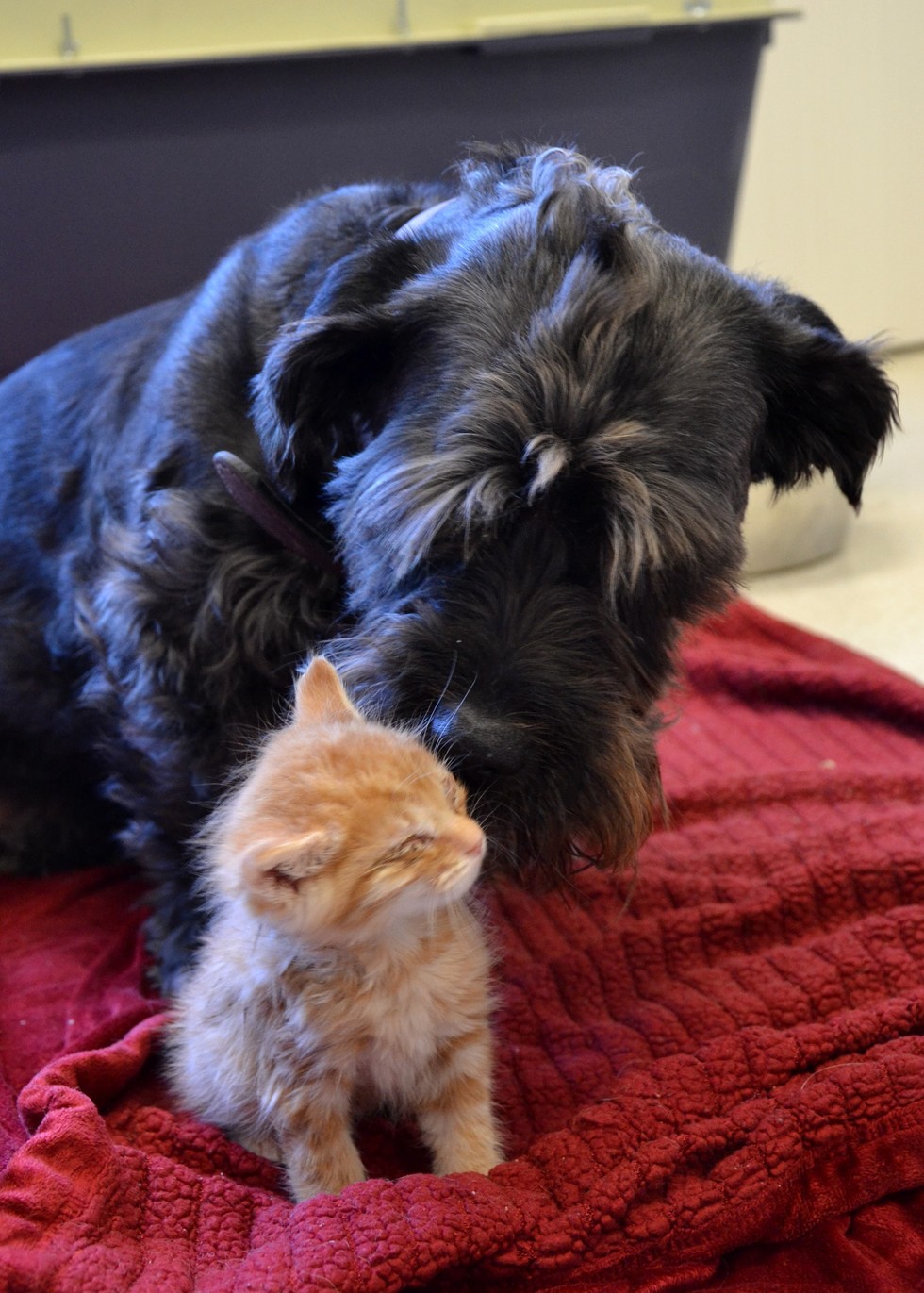 Here is a before an after of a kitten who previously benefited from this same serum treatment: 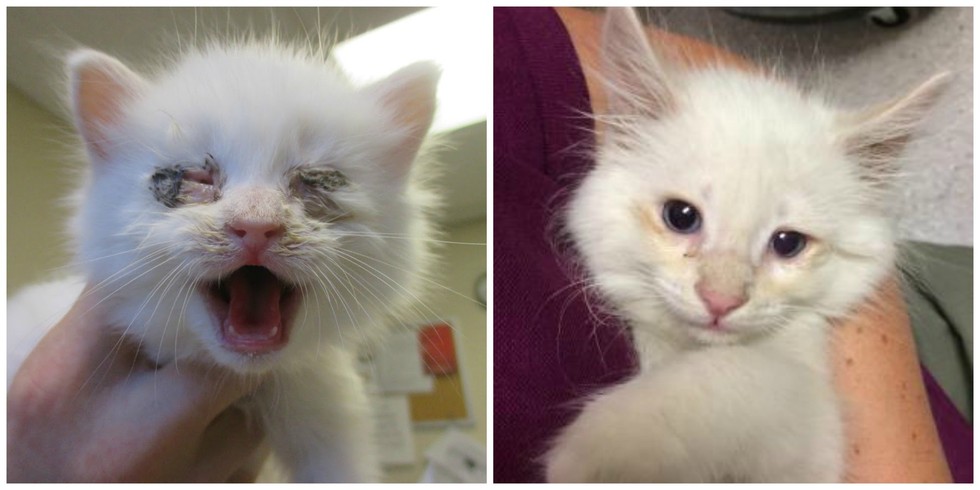