Actor Jean-Claude Van Damme has played both hero and villain onscreen, but in real life he saves dogs.

Over the years, Van Damme has rescued numerous stray dogs, donated tens of thousands of dollars to rescues, and recently saved the live of a 3-month-old Chihuahua named Raya who was facing euthanasia over a fake pet passport. 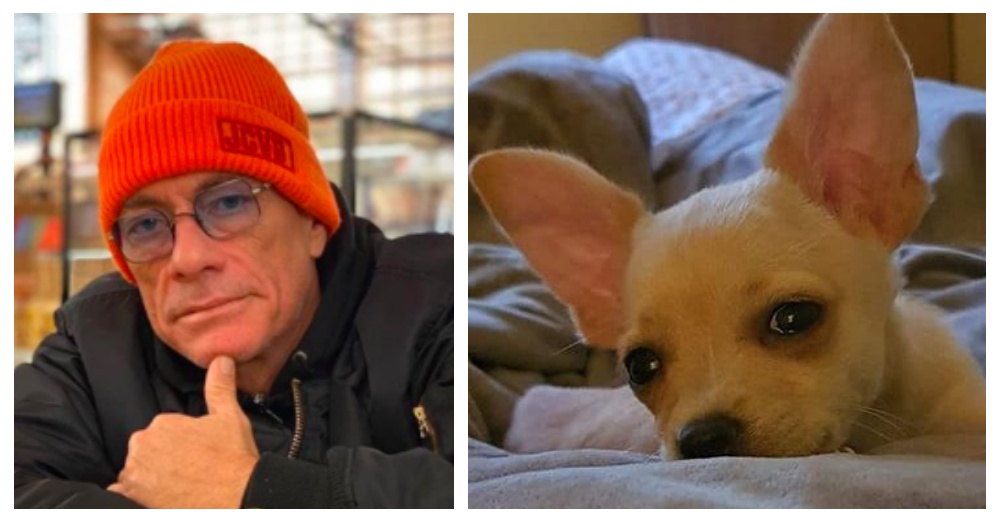 The puppy was purchased by a Norwegian man from a seller in Bulgaria, who provided a pet passport with vaccines and parasite document by a Bulgarian veterinarian, but it was all fake.

The Norwegian Food Safety Authority confiscated the dog to put in quarantine but then notified the new owner, Alexey Iversen, that the dog would be euthanized if not allowed to return to Bulgaria. They said the dog was imported to Norway illegally and there’s no proof of the dog’s origin.

“I understand that there were several issues with the documents, and I also understand that this is also my fault, as I have not checked the dog’s documents properly,” wrote Iversen. “However, the dog is innocent, and I think the punishment does not correspond to the crime.”

The Bulgarian Food Safety Authority said they wouldn’t take the puppy back because the passport was invalid, so the puppy was about to be euthanized. But then Jean-Claude Van Damme stepped up to help.

Van Damme, longtime animal lover and Chihuahua owner, pleaded with Bulgarian authorities to reconsider their decision and take the innocent puppy back. “I beg, please, for my birthday, the food safety authority, change your decision,” Van Damme said in a Facebook live post.

A petition was created on Change.org that the actor urged his millions of followers to sign and share to help save the puppy. He also offered to pay any fines associated with the improper documentation and said, “We cannot kill that little Chihuahua. It’s bad luck for the future, it’s bad luck for Covid, it’s bad luck for all that stuff.”

The actor who just turned 60 had his birthday wish granted.

Thanks in part to Van Damme’s spotlight on the plight of poor Raya, the Bulgarian authorities changed their mind and allowed the dog to return to the country. She will be examined by a veterinarian and then put up for adoption.

While Iversen is grateful that Raya’s life was spared, he hopes to somehow find a way to be reunited with his sweet girl.

He thanked Van Damme for helping and told the New York Times, “My family and I are dreaming about getting our family member, Raya, back.”