A five-month-old pit bull puppy that had formerly been used as bait for fighting dogs wandered onto someone’s porch and collapsed from exhaustion and his life-threatening wounds. The owner of the home that porch was attached to found him there and, after taking a closer look, was shocked at the puppy’s state.

The poor little guy had life-threatening wounds to the head and neck. He is believed to be involved in an illegal dog-fighting ring. We don’t know how he escaped and ended up where he did, but we’re so glad it happened, because it appears that he would have soon died otherwise! He needed help, and he needed it fast! 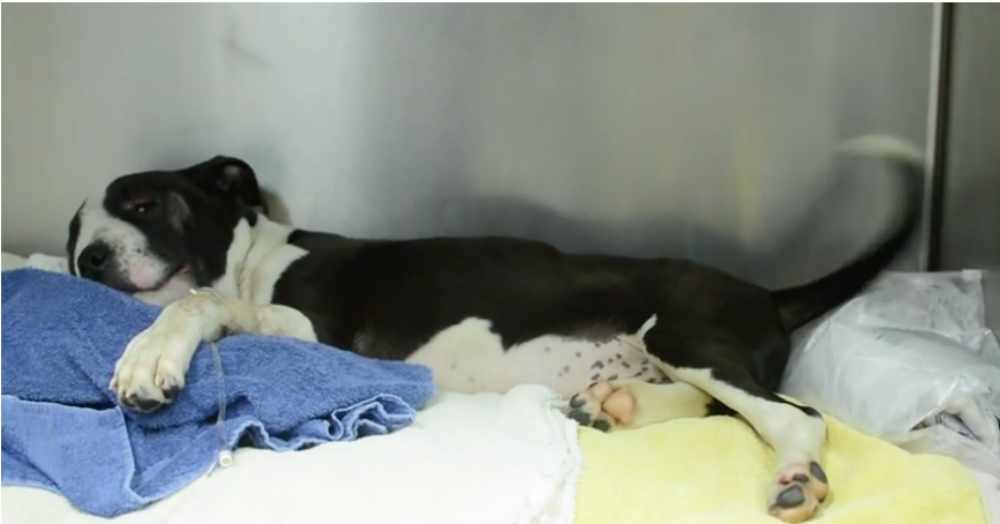 The homeowner immediately called Unleashed Pet Rescue in Topeka, Kansas, who sent staff to go and rescue the dying pup. It was hard to even tell that this poor pup was a dog at all, because his face was so beat up and his eyes were swollen shut. He had big gashes across his neck, and if it weren’t for his tail moving every now and then, you would’ve thought he was dead. 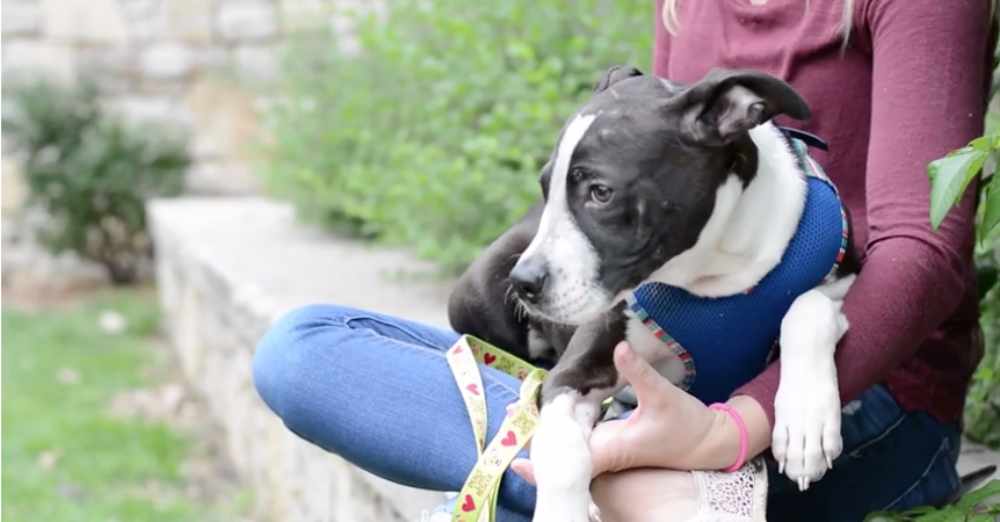 They decided to name the puppy Jax as he began his long road to recovery. Luckily, Jax got better with each passing day and began to slowly gain momentum in his recovery journey. You should see him now!

Eventually, Jax went to live with a foster family who gave him all the love and care in the world. Jax’s health was improving; his eyes began to open, and his tail started wagging. His will to live was incredible, and his transformation is absolutely unbelievable!

Former Bait Dog Found Tied To A Tree And Badly Injured Is Finally Living A Happy Life: Click “Next” below! 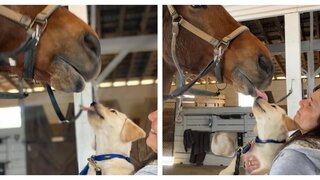 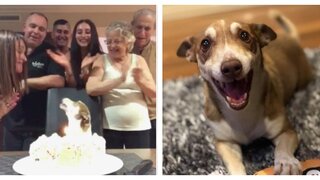