Jasper may have a troubled past, but now he’s one of Indiana’s Finest.

After a life out on the street where he was possibly even hit by a car, Jasper was rescued and taken to the Prince William County Animal Shelter. But, it wasn’t easy finding the poor pup a home.

Jasper was adopted out and returned on two separate occasions. 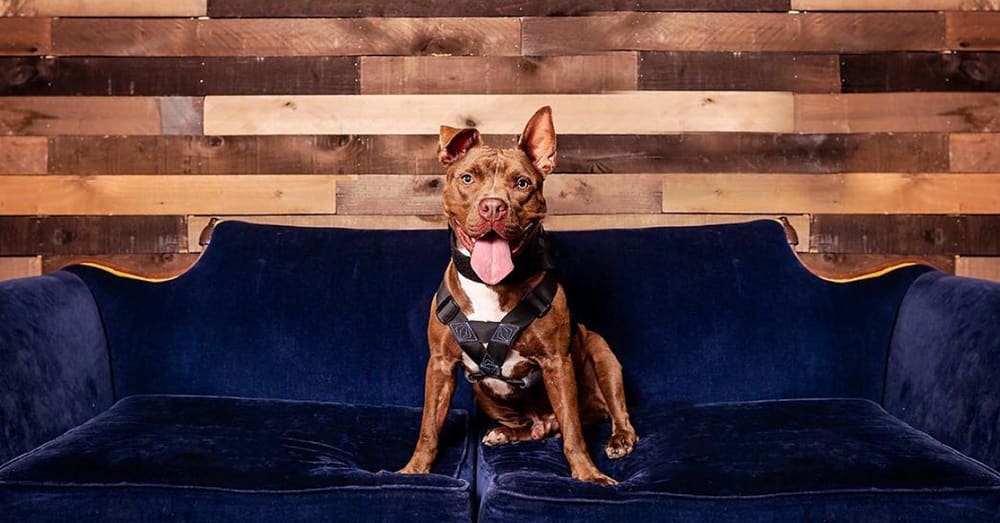 Source: Instagram/k9.jasper
Jasper had a hard time being adopted before he found his true calling.

Gregory tried her hardest to get the energetic 2-year-old adopted out into a caring home, even taking him to a Humane Society in another town. There, too, Jasper lived up to his reputation. He frustrated the animal care workers with his “extreme high energy,” Gregory said, and got a little mouthy with one of the staff.

“We were really hoping we’d be able to do more for him, but we ended up having the same issues,” Gregory said. “We were kind of at our wit’s end.” 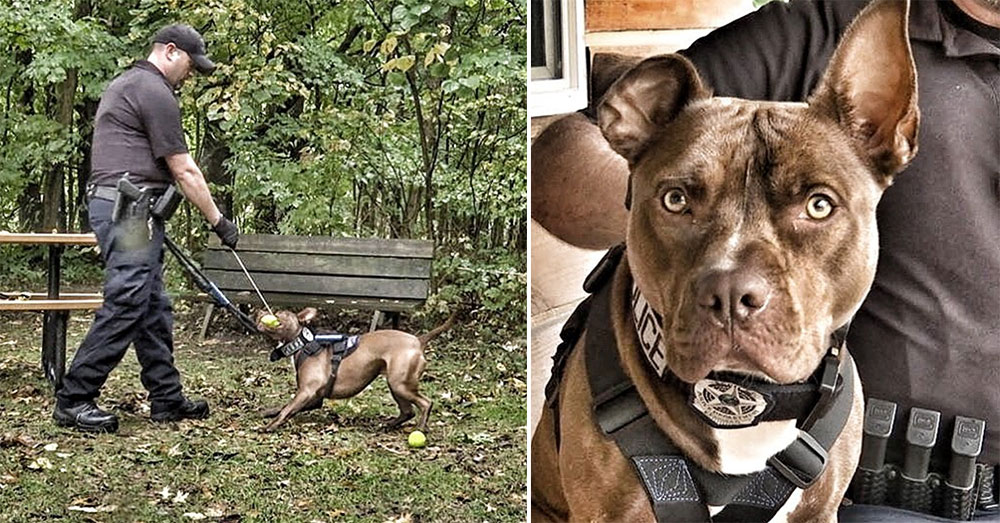 “They said ‘We could do so much with this dog. He could be a police dog,'” Gregory said. “I’m just here thinking he’s an awesome dog, so smart. But in this environment, there’s not much more to do but look cute and hope someone takes them home.” 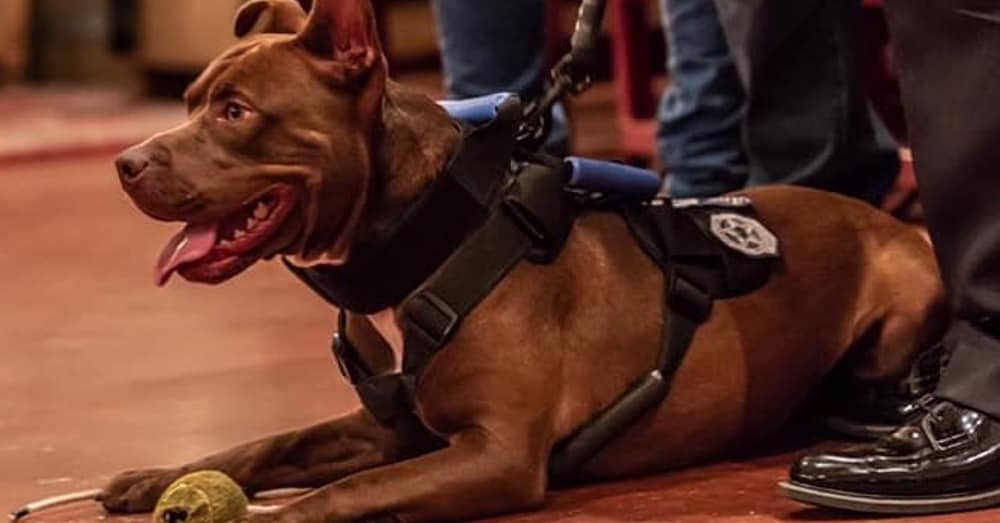 Extra support came from the Pennsylvania-based Throw Away Dogs Project, which trained Jasper up to be a drug detection dog.

Back in Indiana, it wasn’t long before the Kennard Police Department was announcing the newest member of the force, its first Pit Bull K9, Jasper. 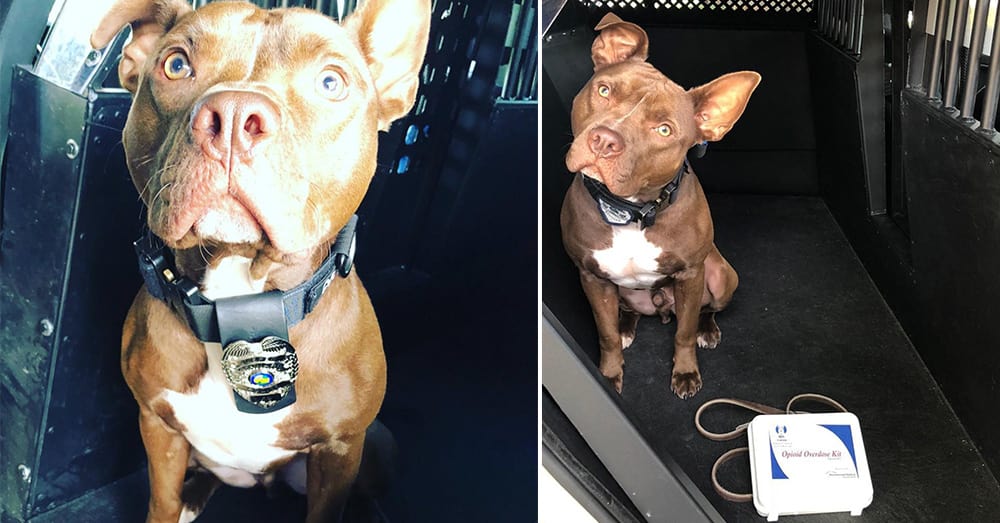 As Deputy Chief Don Crabtree’s partner, Jasper is helping keep the streets clean of illegal drugs like cocaine, heroin, meth and ecstasy. As the first Pit Bull police dog in Indiana, he’s setting a good example for his breed and dogs everywhere!

“I didn’t know if I was going to get him home and he was going to wreak havoc,” Crabtree told Inside Nova. “I’ve never owned a pit bull, but I wouldn’t trade him in for any other breed. You can look in his eyes and see the love there. We’re definitely bonded. This guy won’t let me do anything alone.” 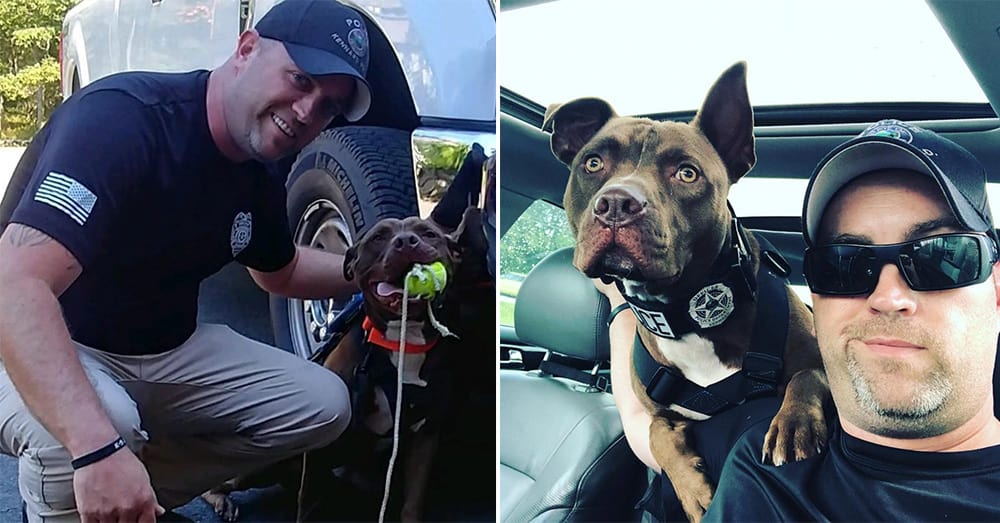 Source: Instagram/k9.jasper
Kennard is safe when Jasper is on the job!

Kennard doesn’t have a large budget for drug-detection K9s. In fact, there’s no budget at all. Crabtree is covering the costs of keeping Jasper on the force for now.

But, he wouldn’t have it any other way.

“The number one goal is to make the community safe,” Crabtree said. “The type of place were people can go home and leave the front door unlocked. With the community’s help, we can make that happen. Jasper fits right in to that plan.”

See more of Jasper as he graduates from the Throw Away Dogs Project.

Watch A Shiba Inu Rock A Dog To Sleep: Click “Next” below!