According to Farm Sanctuary, every year, tens of thousands of animals are killed or injured in U.S. highway accidents while being transported by the meat industry. It’s bad enough that these poor animals are packed tightly into crates without food or water for long drives, but when they’re dropped onto the concrete with broken wings, legs, and other injuries, it’s even worse. 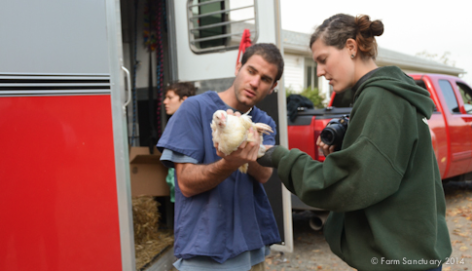 Jane, a baby chicken, was one of those animals who had fallen off a transport truck on its way to slaughter in New York City. Her and dozens of other “broiler” chickens were packed into bare plastic crates so tightly that they could barely move. The crates were stacked on top of each other, and feces from the chickens on top, poured down on the ones below them. The truck was open-air, which means there were no walls to protect the chickens from the wind. 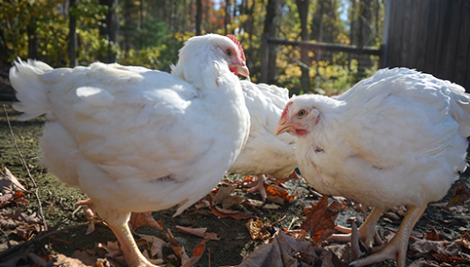 Suddenly, one of the straps holding the crates in place loosened, and many of the crates slid and fell onto the road. Sadly, many of the birds died on impact, while others suffered serious injuries. Jane and the rest of the chickens were rescued by New York City’s Animal Care and Control, and then transported to Farm Sanctuary in Watkins Glen where they received urgent care. 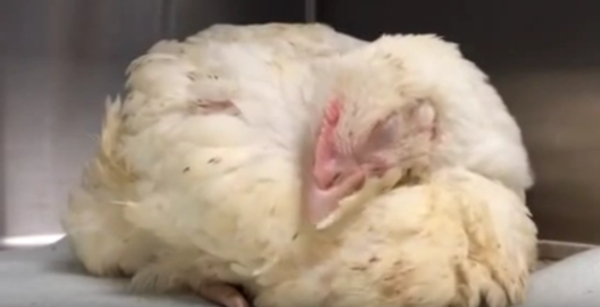 When Jane first arrived, she was traumatized by what she had been through, and was unable to fall asleep. Now, after being rescued, she is finally able to doze off for the first time! She must feel so safe and relieved now that she doesn’t have to worry about a thing anymore!

Had that strap on the transport truck held, all of these chickens would have been slaughtered. Fate definitely has a way of working itself out!