In April 2016, a mother and daughter Pit bulls were rescued by Brooklyn’s 63rd Precinct from horrible conditions. They had been living in complete filth, soaked in urine and feces.

Jamie couldn’t even walk because her nails were so long that they were curling into her paw pads. The other dog, Zaza, had infected ears and toes. They were immediately taken to the ASPCA where their long recovery began.

At this point, no one knew that Jamie and Zaza were mother and daughter, so the two were separated, since their recovery’s were happening at different paces. 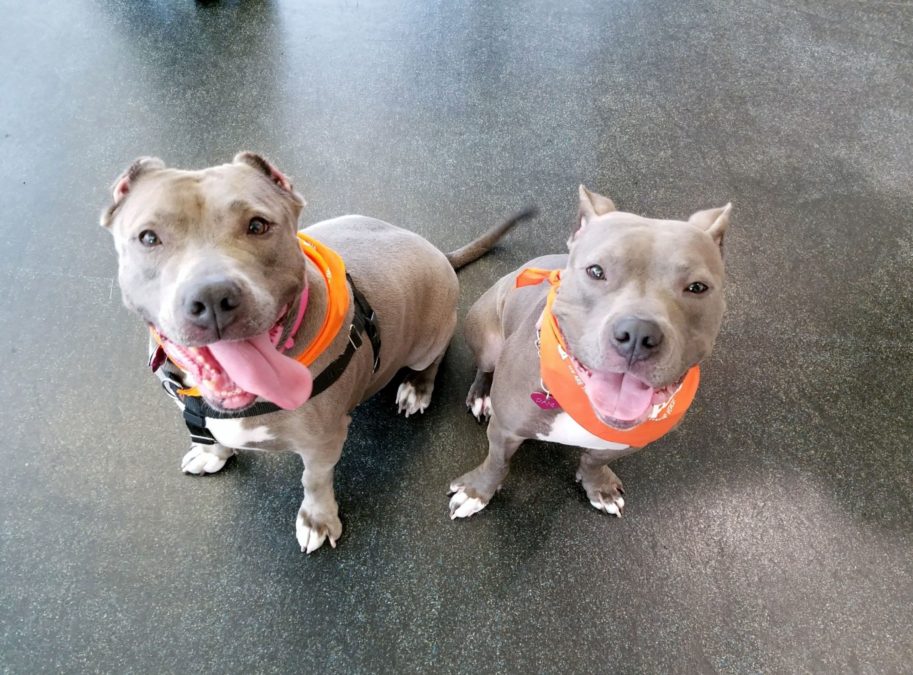 After two months, Zaza was finally ready to be put up for adoption. A woman named Stacey Richman, who was volunteering at the ASPCA, saw Zaza and immediately fell in love. She decided to give her a forever home, and renamed her Dani.

Richman knew finding Dani was fate. She felt like the two of them were meant to find one another, and their new life together has been great.

Jamie’s recovery, on the other hand, took much longer than Zaza’s. After a year-long recovery, the NYPD decided to gather officers together from 12 different precincts to give the mama Pit bull her own fun day out in the city. 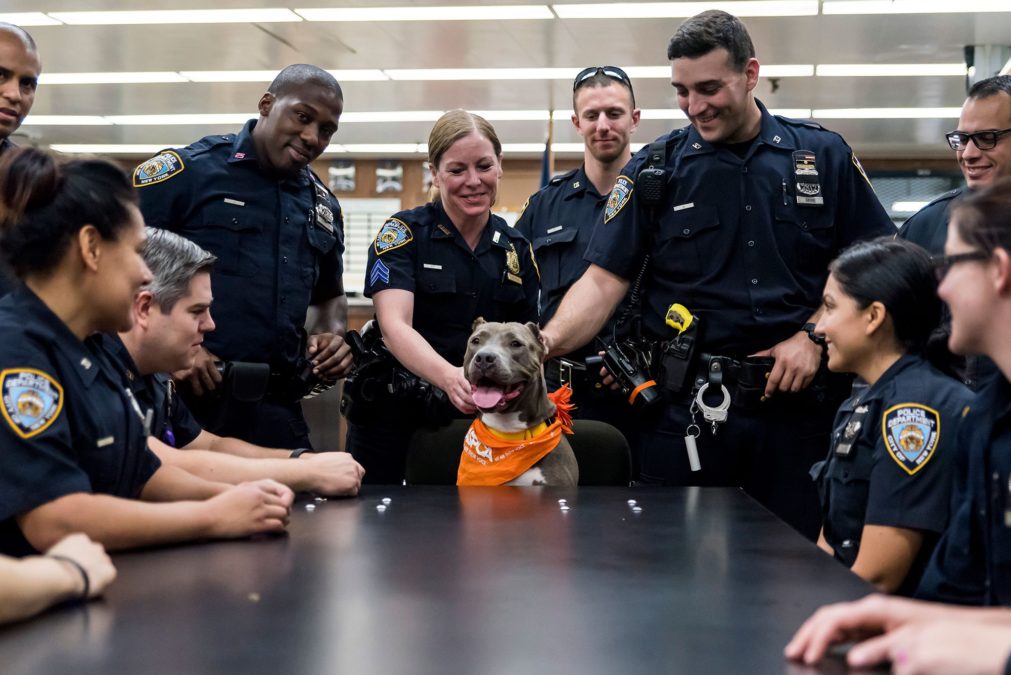 Jamie finally found her forever home with a couple, Einat Lapidot and her husband Matt Winum, who renamed her Lucinda. The couple had been searching for a while for the perfect dog to adopt. They wanted to adopt one who they knew would have trouble finding a home. Once they saw Jamie, they knew she was the one.

Not long after, the ASPCA found out that Jamie and Zaza were actually mother and daughter. They told both of their new families, who then organized a sweet reunion for them. After a year apart, the two pups still recognized each other immediately. They rolled around with each other and of course gave each other lots of licks and kisses! 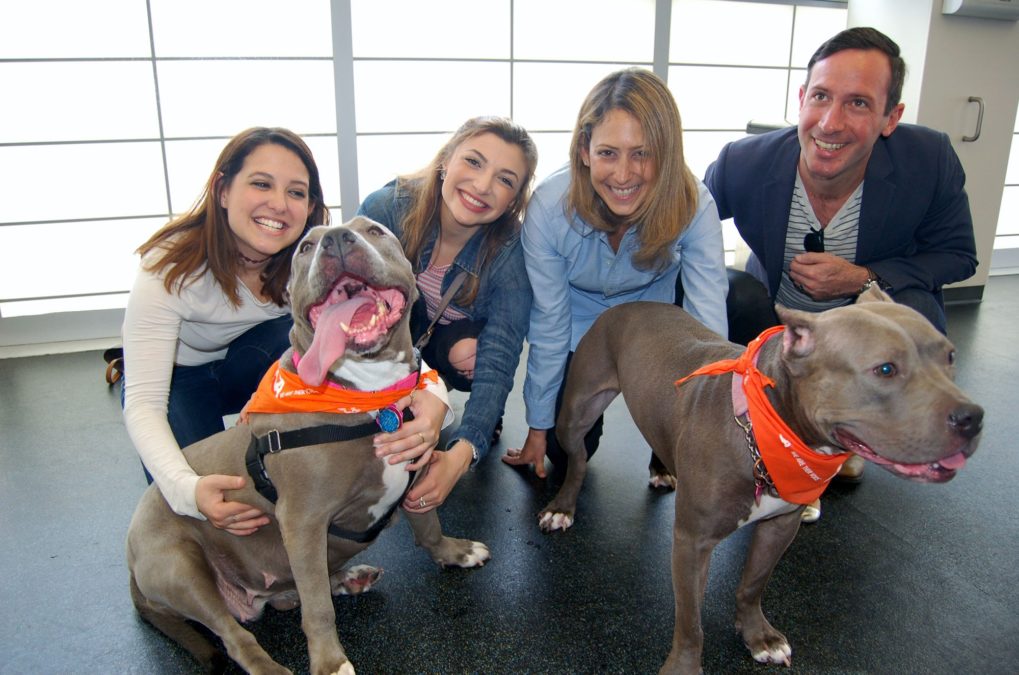 The families plan on setting a date for another mother-daughter playdate very soon!

“Dani and Lucinda’s story is an incredible example of how dogs can overcome past tragedy to become loving companions. Their reunion was made possible through the ASPCA’s partnership with the NYPD and the generosity of adopters opening their homes and hearts to canine cruelty victims. We encourage everyone to always make adoption their first option,” ASPCA President and CEO Matt Bershadker said in a statement.

Watch their adorable reunion in the video below: