Stray Rescue of Saint Louis was called about a dog that was living in an abandoned home that was about to collapse. The weeds were overtaking the home from the outside and the house was starting to crumble. There was just a large hole with no door or window into the home.

Once inside, the conditions got worse. The house was literally falling apart and covered in trash. As the rescue team was surveying the inside of the home they heard a dog bark. They carefully made their way through the trash and debris. They followed the bark to a hot basement, where they found a large female dog growling and barking. 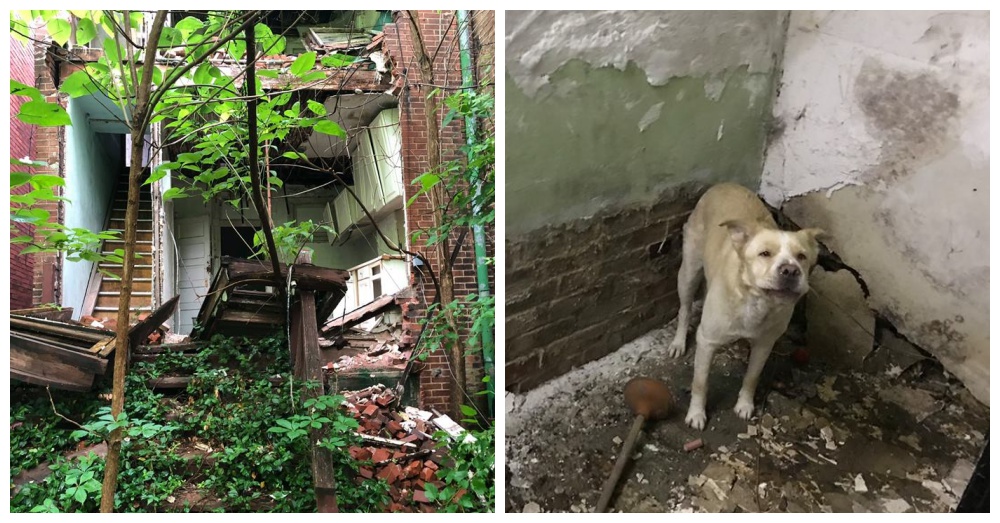 Slowly, they put a leash around her neck and walked her out of the deplorable home. The entire time they reassured the nervous dog that everything was ok and that they were there to help. The rescuers were sweating from the excessive heat and turned the AC on full blast inside the vehicle. The dog started to warm up to the rescuers and thoroughly enjoyed the cold air blowing on her. 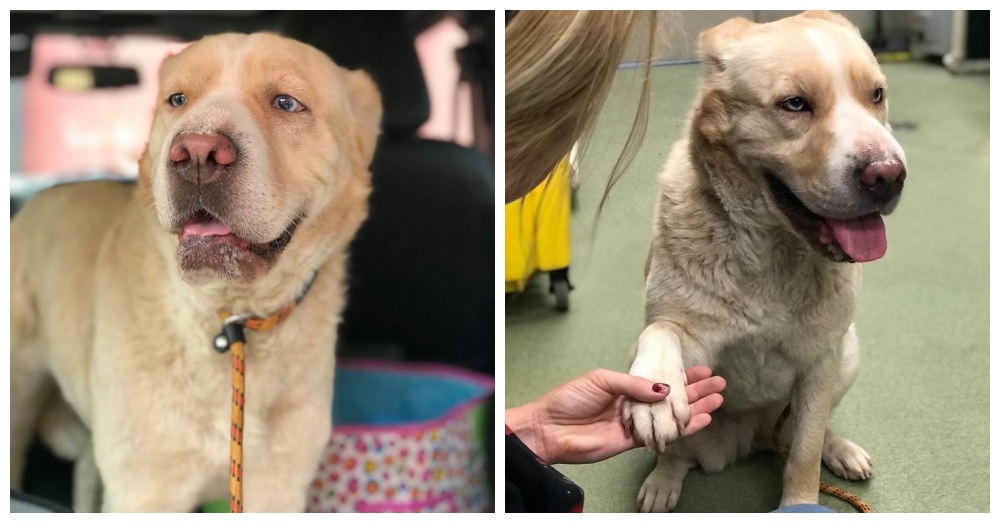 They returned to the shelter and named the dog Jamie Lee. She was offered a healthy meal and a soft place to rest. Once Jamie realized she was safe, she started to give her paw to the staff and constantly asks for belly rubs. She loves everyone and every dog she meets. She is a sweet girl that is looking for a forever home.

Young Pit Bull Left In Cage To Drown As Tide Rose On New Jersey Shore: Click “Next” below!