Jaguars are fascinating and beautiful animals that are meant to be observed from afar.

Zoos build enclosures that protect the animal and people that visit. While most people respect the barriers put in place, others see them as an obstacle to overcome.

A woman wanted a selfie with a jaguar at the Wildlife World Zoo in Arizona, so she crossed the protective barrier. The female jaguar was not up for a photo and instead reached out and clawed her arm.

Two bystanders heard her cries and rushed to help. One distracted the jaguar with a water bottle, which caused the cat to release the grip on the woman’s arm. The woman was taken to the hospital for treatment. 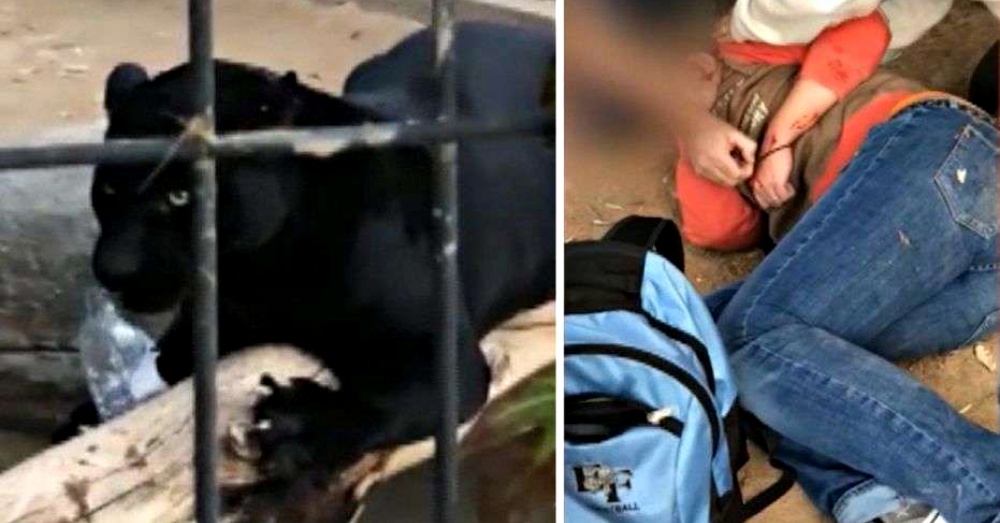 The incident took place on Saturday afternoon. “We regret to inform that this evening, before closing there was an incident reported involving a guest, who crossed over the barrier to get a photo, according to eye witnesses. The visitor sustained non-life threatening injuries to their arm from one of our female jaguars. At the request of the family, paramedics were called. At no time was the animal out of its enclosure. The incident is being fully investigated,” said the zoo in a statement.

The zoo tweeted, “Please understand why barriers are put in place. Sending prayers to the family tonight.” 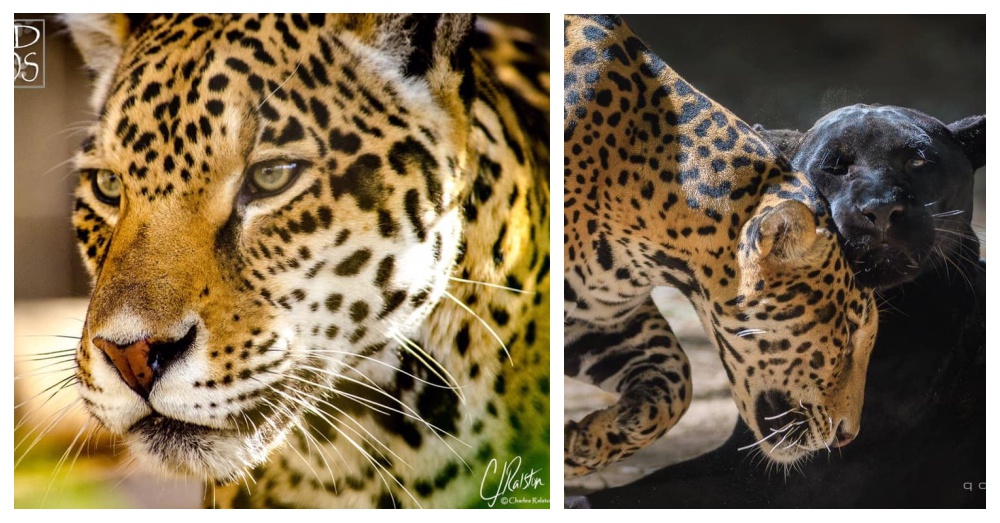 Followers commended the zoo for how they handled the situation. 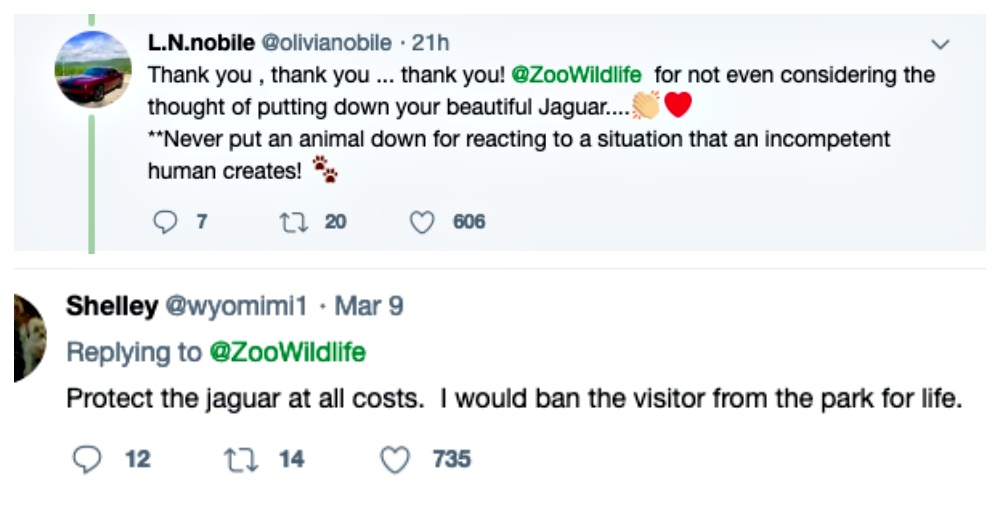 The woman returned to the zoo to apologize for crossing the barrier and takes full responsibility.

Watch the footage taken right after the attack below.